Hailey Whitters releases a sunny animated video for “Happy People” (co-directed by Harper Smith and Drew Wittler) from her critically-acclaimed new album, The Dream, out now via Pigasus Records / Big Loud Records / Songs & Daughters. The song was co-written with Lori McKenna and originally recorded by Little Big Town in 2017.

“This song has always felt like a step-by-step guide to happiness,” explains Whitters. “I wanted the visual to be bright and colorful to match the character of the record, as well as accessible to both children and adults. My friend Drew Wittler did the animation and he sprinkled Easter eggs throughout of my musical imprint and Iowa upbringing. My aim is to take viewers on a walk through my ‘happy place’ and hopefully remind them of their own along the way.”

The video follows the release of Whitters’ Live In Studio Session series which delivered five live performances throughout the month of August. Watch videos including a reimagined piano version of “Dream, Girl,” “Heartland,” “Janice at the Hotel Bar,” “The Devil Always Made Me Think Twice,” and “The Faker.”

Just featured as an “Emerging Artist” by People, Whitters is spotted among the all-genre roundup with the outlet raving, “With her chill, guitar-driven sound and powerful vocals, Hailey Whitters stands out as an up-and-coming country star.” Garnering more high-profile media looks, The Dream was named one of “The Best Albums of 2020 (So Far)” by American Songwriter and Paste Magazine. SPIN also marked “All The Cool Girls” on their list of “The 50 Best Songs of 2020 (So Far).” 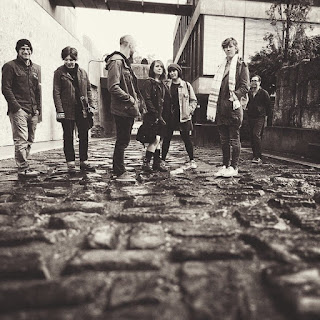 Dreampop and shoegaze indie super group The Luxembourg Signal brighten up today with the debut of their new single '2:22" a blast of dreampop perfection that comes in makes a statement then stops quickly leaving you wanting even more. The kind folks at Austin Town Hall debuted the track this morning.

With the release of their self-titled debut album on Shelflife Records in 2014, The Luxembourg Signal quickly attracted a loyal following among fans of dream pop/indie pop music, and received enthusiastic reviews for their pop sensibilities, angelic vocals and lush soundscapes.

Now, for their third LP, the transatlantic group based in London, Los Angeles and San Diego, once again returned to the studio with engineer Mark Rains and have produced the highly anticipated The Long Now (Shelflife/Spinout Nuggets), a 10 song album that imagines a blurred horizon that lies between light and dark, and the fleeting nature of all that we hold.

"The Long Now" (phrase coined by Brian Eno) refers to a long-term way of perceiving time. As an alternative to the accelerated way that we experience our lives, it allows us to make sense of our brief but tumultuous time here, by understanding our place in a much larger timeline as history plays out. 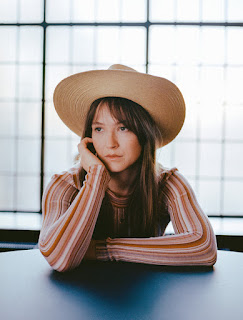 Malin Pettersen's album 'Wildhorse' is set for release on October 16th. Stories seem to follow Malin Pettersen wherever she goes, whether it's in the streets of Oslo, Norway, or in the quaint neighborhoods of Nashville, Tennessee.

Raised by a country musician father and a mother who deeply loved jazz, Pettersen grew up surrounded by music. Those early influences and the stories behind them drew her to American culture and arts, including folk and bluegrass. In 2009, she formed the popular country band Lucky Lips, supplying engaging lead vocals to their debut 2010 EP Third Door to the Right. They quickly found success with their engaging blend of traditional folk elements with a modern edge. They continued to release a trove of music over the next few years, including two well-received albums and even participated in the Eurovision Song Contest in 2013. A slight sonic shift on their third record, 2016’s Coming Home, brought the group to a new level of acclaim, eventually earning them a slot at Nashville’s AmericanaFest in 2018.

Propelled by the success of Lucky Lips, Pettersen went onto release her first solo album References Pt. 1 in 2018. It won widespread critical praise and even earned her a Spellemann Award (Norwegian Grammy). Later that year, Lucky Lips teamed up with Norwegian blues legend Amund Maarud for their collaborative record Indian Butterfly.

The tightly-knit creative community that Nashville harbors kept calling to Pettersen. Those pilgrimages back to the U.S. resulted in the creation of Alonesome, her powerful 2019 mini-album. That release earned her praise from Rolling Stone Country, Paste, Billboard and more. With just her voice and her guitar, the project showcased both Pettersen’s emotive vocals and her expert songwriting, capturing the beautiful complexities of human emotion.

After an Ameripolitan Awards nomination led her back to Tennessee, she returned to Nashville to begin recording her most important project to date. Pettersen tapped into her experiences of exploring America and the creative relationships she developed along the way to create something brand new.

“Even though most of the groundwork was all done live together in one room on both previous albums, there are more layers on this one and it stretches towards more of a cinematic soundscape,” Pettersen says. "There is more California, Bobbie Gentry and cosmic-ness on this one."