Lauren Hulbert - Gone In One.

Lauren Hulbert announces the release of “Gone in One” today September 14. The single exudes strength, resilience and vulnerability found both in the midst and aftermath of an unhealthy relationship. Gritty determination permeates while a seamless instrumental tug of war introduces the reflexive moving forward and feeling pulled back. The single is off her upcoming EP, Superbloom, due out October 30.

“Gone in One” explores a feminine/masculine yin and yang as harmonies serve as a beautiful fragility to the high energy, grungy guitar. Flamenco style clapping subtly undertones the song with equal parts passion and pain connoting an incredible strength. Driving guitars swell and yearn while pulling into an inner exploration of Hulbert asking, “How fast can you run?” in one breath and “Will you remember me?” in another. Hulbert says, “This song is a vulnerable, personal account of unknowingly losing oneself in someone else, which is lonely, confusing, and scary.

It was like being stuck in a fog not knowing how to get out, looking to others to show me the way but just becoming more lost. I was constantly running internally, but getting nowhere, until I was exhausted into total indifference and I felt like the real me had been erased. Eventually, I realized I was the only one that could really save myself, so I dug really deep and found the strength to get out, which was incredibly hard. I didn’t know when or how I’d heal, but I knew I was on the right path.”

Superbloom was inspired not only by the sound of the EP itself but also by Hulbert blooming back to life; following a dangerous foot injury while on a surf trip in Indonesia, she was practically immobile for six months and it was unclear if she’d ever be able to walk again. While the music for this EP didn’t come from the injury, it was a very dark time for her – life, as she knew it, had ended, and her artistic momentum was devastatingly quelled. Fortunately, over a year later, she has healed and credits the experience as terrifying but ultimately beneficial – one that allowed her to reassess her life, align with what’s important and has made her all the more grateful for health and opportunity – and to be performing and sharing her music again. 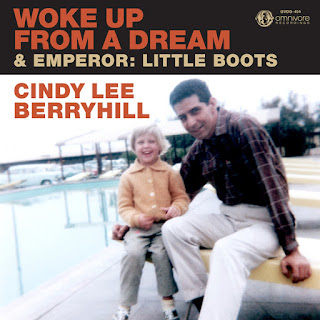 Cindy Lee Berryhill - Woke Up From A Dream

Cindy Lee Berryhill, New York Anti-folk founder and singer-songwriter, reveals a longstanding family secret in new song that touches on the zeitgeist of white entitled culture and reveals how some white families are not all they appear to be and that some are more akin to a David Duke nightmare. When Berryhill was in her 20s, during time spent between NYC and her longtime home of San Diego, writing songs for what would be her debut album Who's Gonna Save the World (Rhino 1987), she had an extraordinarily memorable dream.

She tells it best: In this dream, I was a retail clerk at Macy's hoping for a promotion. I mentioned my intention to my friends and coworkers looking for some support. Much to my surprise they told me they didn't think a promotion was likely to happen.

Why? Because of the color of my skin. - But I was white with light hair like them, what was the problem? - They led me to a mirror and I saw that I was now a black girl. - I burst into tears, knowing my chances at jobs and promotions had just drastically diminished. - And then I woke up.

A few years ago, as I was recording my 7th album The Adventurist (Omnivore 2017), I took a popular DNA test that informs you of your likely ancestry and some medical proclivities. A surprise was revealed when I received the results. I was part sub-Saharan African. Not that 6% sub-Saharan African next to my 94% European ancestry meant very much on the pie chart, but what it did do was expose a hidden history of my grandmother Fay and where she’d come from. If I was 6%, then my father was approximately 12% and my grandma was roughly 24%.

Through the U.S. census I found out that Grandma Fay Grant (Berryhill by marriage) and her brother, mother and father had all identified as black on the 1900 census. Some time before 1910 the family of four left their home and large extended black family in Charleston, S.C., and moved to Los Angeles, Calif. Then on the 1910 census the family now identified as white. This passing as white,and my grandma’s to-the-death-secret, are her story. My story is one of being a white girl who writes songs in a white man’s world. 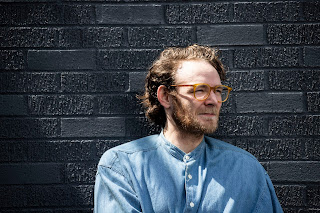 Following the release of his self-titled EP, Daniel has spent the last few years exploring the thrills of the live circuit, whilst constantly perfecting his craft. Now, the Canadian native returns with the announcement of his new full-length ‘Feather Weights’, teasing listeners with new single ‘Breakfast Again’ with LHM Records.

Projecting hints of The Mountain Goats, Jenny Lewis, and Conor Oberst to inspire his sound, he tells us: “Their deliberate approach to lyricism coupled with the fact that they emoted a similar high-pitched, nasal vocal delivery proved to me I didn’t need to have a raspy baritone or angelic falsetto to be a singer, let alone songwriter.”

Teamed with delicate lo-fi guitar strings and Daniel’s harmonious, yet flavourful vocals; new offering “Breakfast Again” lyrically explores the implications of a lost love. Discussing the inspiration behind the track, he says: ‘Breakfast Again is about the emotions: the worries and resolution that come with no longer sharing a life with someone important to you’

Accompanying the track is a hazy visual, in which proves to be simple but effective in telling its narrative. Featuring the frontman himself, the new minimalistic music video blends cloudy and clear shots of the lonesome artist dwelling in his thoughts over a cup of coffee. Later on, in the video, we see Daniel laying in the river; a metaphorical representation of drowning in his emotions.