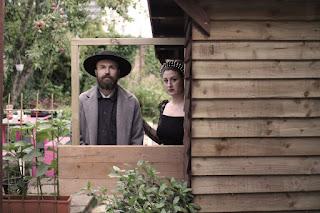 Following the release of two pre-covid singles ‘Babanod’ and ‘Poetry’, HMS Morris are back with the third in the series, ‘Myfyrwyr Rhyngwladol', which translates as ‘International Students’. The single is released today September 16th.

HMS Morris HQ is nestled on the edge of one of the most multicultural streets in Cardiff, City Road. It’s a noisy, colourful cosmopolitan crush of restaurants, shisha bars and barbers, which have recently been invaded by posh student accommodation projects. But while this may have been the initial impetus behind ‘Myfyrwyr Rhyngwladol’, by the time it had solidified into a definite sound and feel it was no longer a rant about fancy student halls.

Rather it had become an assertion that the world be a better place if we were all International Students. In the context of this summer’s global race-relations reckoning, there is a general moral imperative for us all to become students of the international: to watch the news as if it’s our own story, to actually take it in, to learn and adapt our behaviour. We should be prepared to immerse ourselves in other cultures, just like the international students of City Rd do. 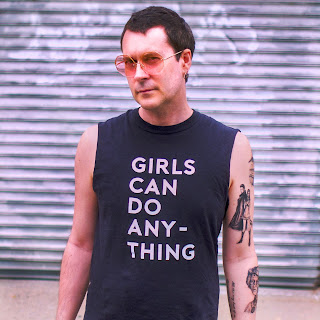 David Bowie’s Clothes is the first single from Rue Snider’s fourth full length album Puzzle Pieces, releasing winter 2020/21. It’s a song about the beginning of healing. Rather than pine for a lost love the lyric reflects on the disappointment of being unable to share in another person’s joy. The touring David Bowie exhibit that ended its run at the Brooklyn Museum in 2018 was a powerful, overwhelming, transformative exhibition that serves not only as the impetus for this track but as a metaphor for obstacles to detachment.

“I’ve written a lot about being sad and I’ve used songs to catalogue many of my emotions through the characters I sing about. This song is about a real person and a real situation. When this relationship ended I started going to therapy after a period of deep depression and I was able to address a lot of my unhealthy behavior. It took a while to realize how much my actions contributed to the dissolution of that coupling and this song is one of the many attempts to write about that and take responsibility.”

Before the pandemic Rue toured America extensively playing bars and coffee shops in thirty-seven states, and built a loyal fan base one show at a time. Almost all of those shows were solo and performed on an acoustic guitar played through a Fender Blues Jr.

Rue’s first three records as well as his five EPs, and multiple singles are primarily full band affairs capturing different permutations of indie rock. The forthcoming Puzzle Pieces is a piano based album influenced by artists like Joni Mitchell, Father John Misty and Lana Del Rey. Puzzle Pieces was made in Nashville with Jon Estes engineering and producing. It was mixed by Phil Joly and mastered by Philip Shaw Bova. 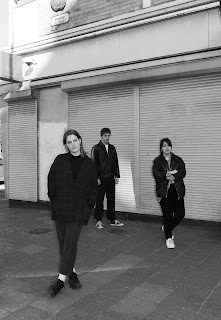 Spunsugar, a gothgaze trio from Malmo, Sweden, have just dropped this new single ‘Belladonna’. Following on from the release of their breakthrough debut EP ‘Mouth Full Of You’ last year, a collection that cemented them as one of the finest emerging shoegaze outfits of the moment as well as garnering support from Steve Lamacq at BBC 6Music, Swedish trio Spunsugar now return to announce their highly-anticipated debut album ‘Drive-Through Chapel’, out on the 2nd October via Adrian Recordings.

Two out of three members of the trio Spunsugar, Cordelia Moreau and Elin Ramstedt, befriended one another in a small town outsider clique at age thirteen. Their individual music tastes, Cordelia’s twee-pop, jangle and grunge and Elin’s metal, hardcore and post-rock blended into a mutual love for shoegaze, noise rock and dream pop. At age fifteen they started a four piece band, Elin on lead vocals and rhythm guitar and Cordelia on drums. They discovered that they thrived when writing music together. But even when the band split up, they continued to write songs.

Fast forward to post upper secondary school. After months of hardly speaking to each other, they both ended up in Malmö. After not writing music together for five years they recorded two lo-fi songs in Cordelia’s student apartment and it was as if no time had passed. They looked for a rehearsal space and within weeks they recorded a demo. But they wanted a real live bass player. Cordelia had recently bonded with a university classmate over guitars and they decided to send him a copy of the demo and asked if he would like to come play with them. Felix Sjöström became an intrinsic part of the project immediately. With his influence, their sound became more distinguished, all of them bringing different inspirations to the songs. Now they all have prominent roles within the band but they are also, fundamentally, friends.

Spunsugar are works at a faster paced than a lot of their shoegaze peers and accompanied by electronic drums. They are more often compared to Curve, Swervedriver or Ringo Deathstarr rather than the likes of Cocteau Twins or Slowdive. Although heavy on effects, nothing is hidden within the music, including the lyrics. The lyrics are heavy with pop cultural references, stemming from Cordelia’s love for obscure genre films. Often driven by riffs rather than soundscapes, they focus equally on having a prominent bass as well as prominent guitars.