Call Me Spinster shared 'Here You Are' this week and it's a refreshing mixture of sixties girl group pop, fabulous vocals and harmonies with a splendid accompanying video. ===== From Ireland we have Lorraine Nash who today releases 'River'. Lorraine's notable vocals exude a classic folk style whilst retaining a fresh contemporary feel and the musical backdrop is just right. ===== She's Got Spies released 'Super Sniffer Dogs' a couple of days back and it's originality and catchy nature is just so addictive. ===== Partner share their feisty indie rocker and fourth single 'Honey' taken from their next album 'Partner's Never Give Up' due next month. ===== We don't know much about Ana Mae beyond the fact that today she has released the beautiful and dreamy 'That I Would Do' it's one of those short, sweet and just plain wonderful "play me again tunes". 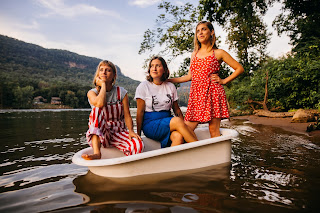 Call Me Spinster - Here You Are.

Chattanooga trio Call Me Spinster has announced the December 11 release of their self-titled EP via Strolling Bones Records. The debut release from sisters Amelia, Rachel and Rosalie, Call Me Spinster is an extraordinary example of the transcendent musical bond only siblings can share. Along with the announcement, the band has released their dreamy first single “Here You Are” and a quirky, dance-filled music video.

Filtering Debbie Harry energy through a bouncy ‘60s girl group chord progression, the song opens up into walls of unexpected slide guitar and vocal harmonies with catchy lyrics that celebrate the strange and electrifying moment of meeting your child for the first time.

“‘Here You Are’ was our first original song, written shortly after Amelia gave birth to her first child,” the group explains. “It describes the moment of meeting a person that you feel you should know after carrying and nurturing them for nine months, but instead you are met with a completely foreign little face, a ‘weary rambler’ from another dimension that just so happened to pick you for this cosmic go-around. The video celebrates this strange and fleeting beauty of being human. We wanted to capture moments between us that were raw, intimate, and unapologetically joyful, particularly in this moment of pain and disconnectedness.”

The sisters of Call Me Spinster began playing together while working as teachers in various international locales, mostly performing covers when they would get together for low-key events and family weddings. They quickly developed a repertoire of well-loved pop, R&B and ‘90s boy band songs, which morphed into something new when approached through left-of-center arrangements for stand up bass, accordion, banjo, ukulele and a drum set-up they lovingly referred to as “trash percussion.” After all three sisters relocated to their hometown, the trio quickly gained a reputation in the supportive Chattanooga music scene, and within a few years they were applying their distinctive approach to songs of their own. 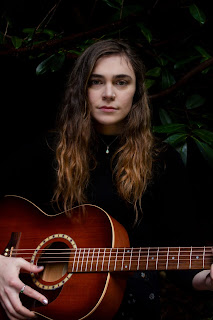 21-year old multi-instrumentalist, Lorraine Nash, is fast becoming one of the shining lights in Ireland’s folk scene. Lorraine returns with her newest single ‘River’ set for release October 23, 2020. ‘River’ is the third single from her debut EP Wildflower released June, 2020, and is a follow up to singles ‘Wildflower’ and ‘Changing Tides’.

With its rhythmic flow the single ‘River’ is the most directly influenced by trad music from Lorraine’s debut EP Wildflower. The song tackles the feelings of grief and loss experienced with the end of a relationship, either romantic or friendship. We all have our own path to travel but it is the events of our life that determine its course. The message is one of hope however; that you will overcome the obstacles life throws in your path and find where you belong.

Performing since she was a child, Lorraine is a talented pianist, guitar, harp, flute and violin player, skills that she has brought to the recording studio to create her debut EP Wildflower. Equally at home in Irish Trad, Lorraine’s original material brings an eclectic mix of music traditions to the table while ensuring that her own unique voice and élan comes through.

Recorded, mixed and mastered in Clonmoyle East with Herring Ahern ‘River’ is out today October 23, 2020. 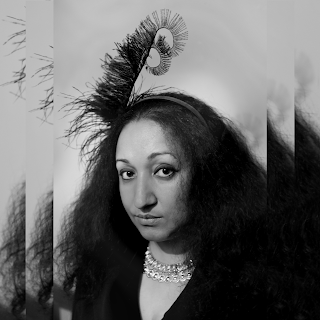 She’s Got Spies releases her new album ‘Isle of Dogs’ on the 6th of November. It’s preceded  by the single ‘Super Sniffer Dogs’ on the 23rd of October it was debuted last night on Janice Long's BBC Radio Wales show.

With music hall style pianos, bounding percussion, fizzing guitars and a playful vocal, new single ‘Super Sniffer Dogs' is inspired by Laura’s time spent visiting Poplar on the Isle of Dogs, an area of high  contrast with the rich, banking area of Canary Wharf and large, destitute council estates. It’s about an  imaginary dystopian festival with lots of restrictions in a high walled destitute area. Despite its serious  themes, which is juxtaposed by a catchy singalong melody, it’s a joyous tuneful romp.

She’s Got Spies’ second album ‘Isle of Dogs’ refers to an area of London, Laura Nunez’s hometown,  as well as the state of turmoil of the island of Britain. The follow up album to her debut Welsh language  album ‘Wedi’, ‘Isle of Dogs’ features songs written over the last decade. She’s Got Spies is the project  of Laura Nunez and her cast of collaborators. She spends her time between Cardiff and London, she’s  multilingual and can sing in Welsh, English and Russian. 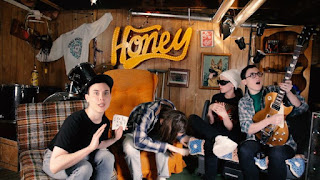 Partner share the video for one of their most rock shredding songs "Honey." A live favorite from the past year, Honey is the fourth and final single, from Partner's Never Give Up (November 20th on You've Changed Records) the follow up to their break out debut album, In Search of Lost Time.

"Honey is the origin story of Josée's golden axe. In this track we recall how she first found her way to our house and joined the band. It came with a note (from Josée's dad) 'This guitar sounds just like honey going down.' Get ready for some straight up rock n roll." - Partner

Never Give Up is Partner’s second full-length album, following 2017’s In Search of Lost Time. In the years since their first release, the band has developed their “post classic rock” sound, leaving behind 90s rock comparisons. The new album retains elements that will be familiar to Partner fans, such as guitar solos and humorous subject matter, but with more structurally adventurous songs and abstract lyrics. They have spent the last several years on tour with drummer Simone TB, and this is evident in the looser and more confident performances captured on the album. Never Give Up was recorded by Steve Chaley at Palace Sound in the summer of 2019.

The band described the process of making the album. “In October of 2018 we found ourselves in a dark and quiet rehearsal space. We were practicing for a two person show, the first one we had played in many years. We were at a crossroads as a band, and we had no idea what the future held. All we knew was that we were going to be making music together. We weren’t sure what this music would sound like or who would be playing it with us. And then the songs started to arrive. Some of them fully formed, like the first songs we wrote. It was as much a surprise to us as anyone else when we realized we had the beginnings of our second album.”

Not all the songs came so easily. Some took over a year to complete. Some taunted the band with their elusivity. Some forced Partner to rip them apart and build them back together more than once. Never Give Up was written in rehearsal spaces, in the band’s bedrooms, in a condo, in friends’ and strangers’ houses, Air BnBs, in a cafe and on Josee’s couch and in the studio, and in the booth. “We talked. We were honest with each other and honest with ourselves. Sometimes it was a lot. And when it got to be almost too much we would repeat to each other, first as a joke and then not as a joke at all, ‘never give up’.” 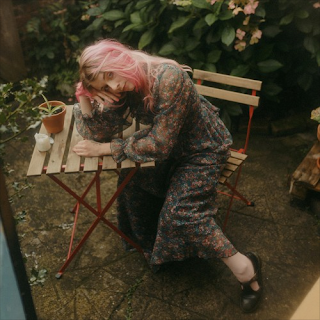 Ana Mae's second single 'That I Would Do' will be released digitally via Eggy Records today 23rd October 2020.

That's all the information we have at this time, however this a short blast of dreamy music that's really worth a feature on it's release day!!