Kacy + Clayton and Marlon Williams have shared the beautiful song 'I Wonder Why'. Kacy and Clayton have been featured a few times before on Beehive Candy and this new collaboration with Marlon Williams is gorgeous and a foretaste of their 'Plastic Bouquet' album due in December. ===== Yawn has just released 'Wasting Time' and it's a dreamy, melodic and atmospheric song delivered in a heartfelt and genuine manner. ===== Michael Bernard Fitzgerald is a talented and respected folk and singer songwriter artist and his latest song 'Heart Of It' is wonderfully arranged, with his personable vocals packing real feeling. 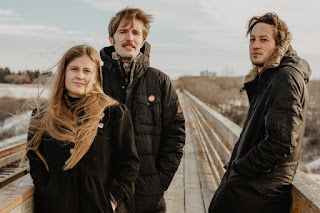 Kacy + Clayton and Marlon Williams - I Wonder Why.

Kacy & Clayton and Marlon Williams are set to release their debut collaboration Plastic Bouquet on December 11th, 2020 via New West Records. The 11-song set was produced by Kacy Lee Anderson & Marlon Williams and was recorded in Saskatoon, SK and Nashville, TN.

Between his critically acclaimed, self-titled debut in 2015 and its equally acclaimed follow up, 2018’s Make Way For Love, the New Zealand-based Williams has played many of the world’s major festivals, toured and performed with Bruce Springsteen, Florence + The Machine, Brandi Carlile and Lorde. He has won multiple New Zealand Music Awards and APRA Awards, and was handpicked by actor & director Bradley Cooper to appear in the Academy Award-winning film A Star Is Born. He also appears in the films True History of the Kelly Gang and the upcoming Lone Wolf. Building a discography of five albums since 2011, the Saskatoon-based Kacy & Clayton delivered a pair of critically acclaimed albums, The Siren’s Song in 2017, and Carrying On in 2019, both produced by Jeff Tweedy of Wilco. Beyond praise from Q Magazine, Uncut, and more, they racked up millions of streams and toured with Wilco, The Decemberists, Ray LaMontagne, among others.

As far apart as Christchurch, New Zealand and Saskatoon, Saskatchewan may seem, the three musicians find common ground between a lifelong shared passion for Western Country, Folk, and Troubadour traditions on Plastic Bouquet. “We wanted to see if we could meld hemispheres,” says Williams. “I’m bringing this Pacific style of country music with the harmonies and choral elements. Kacy & Clayton have a super identifiable sound. They embody everything I love about North American folk. There’s a rural weariness where they’re telling tales that have been told a million times in their own way. I feel the strength in it.”

While his Summer was in full swing, Williams hopped a flight to the below 20 degrees of Saskatoon for Christmas 2018. The three wrote and recorded the bulk of what would become Plastic Bouquet over the course of just three weeks, with final sessions to follow in Nashville, TN in September of last year.

In the end, Kacy, Clayton, and Marlon have brought sounds and traditions together and unlocked undeniable chemistry. 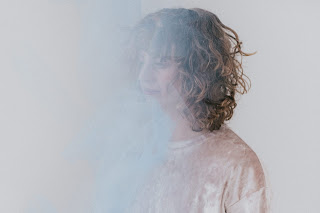 Yawn is a project by artist and musician Julia McDougall. Prior to moving west, Julia lived and worked as a musician in Berlin and produced her self-titled EP alongside Polaris prize nominee Andy Shauf.

A long time member of Canada’s folk music scene, Julia aims to extend the intimacy of her work to her audience: her performances are familiar, close, and connected. Yawn’s debut EP listed at number one on CITR radio and was included in the top 100 albums played by CITR in 2019. Yawn was also shortlisted as finalists in CITR’s Shindig competition.

Julia’s songwriting leads Yawn’s dream-pop sound. Simultaneously hopeful and resigned, Yawn captures the stasis of our lives caught between technology and the natural. In 2020, Julia was accepted to an International songwriting residency at Banff’s prestigious Centre for the Arts in March of 2020, cut short by the novel coronavirus. 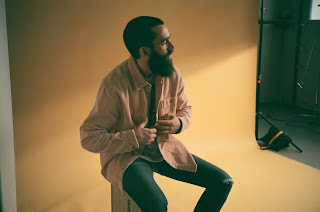 Michael Bernard Fitzgerald - Heart Of It.

Michael Bernard Fitzgerald is a Canadian singer/songwriter who has collected an audience of fans across North America drawn to simple honest words and a genuine smile. Having released 4 full-length albums to date, Fitzgerald has spent his career since 2006 creating music, touring, developing as a songwriter, and connecting with audiences. Fitzgerald’s unique and innovative ideas coupled with his inherent warmth allow him to engage with people in a way that always leaves them meaningfully connected.

After over a decade of working with labels, creating songs with top-tier L.A. songwriters and producers including Jone Levine (Drake, Dua Lipa), Brian West (Maroon 5, K’naan), and Dennis Herring (Ra Ra Riot, Modest Mouse) on About You, and spending some time in the charts with “I Wanna Make it With You” (2016) and “One Love” (2016), Fitzgerald has finally found himself and a calm, rooted, unfeigned sound at home. A career of touring across Canada and around the world sharing the stage with artists like Bryan Adams, Ben Harper, Dan Mangan, Sam Roberts, Joel Plaskett, and Kings of Leon has brought Michael back to his hometown, Calgary Alberta, to create his newest record Love Valley.

If it was in a small club or larger theatre like the Vogue in Vancouver, the Danforth Music Hall in Toronto, Jack Singer Concert Hall in Calgary, or on the big stages at a festivals like Calgary Folk Festival, Winnipeg Folk Festival, Firefly Festival or Mountain Jam (to name a few) the spirit of honest connection with people has always existed in Fitzgerald’s performances. Today, he knows the value of time spent living in the moment and continues to go forward fostering the experience of connecting one song, one room, one fan at a time.
Michael Bernard Fitzgerald · Heart Of It