The Luxembourg Signal are back with two new singles 'Mourning Moon' and 'The Morning After' ahead of their new album 'The Long Now' due out this coming Friday. Mixing dream pop and indie rock these two tracks suggest the album as a whole will pack plenty of creative and varied material. ===== Rosie Carney is one of the most (deservedly) featured artists we have on Beehive Candy and her new version of Radiohead's song 'Bones' is taken from her lockdown rendition of Radiohead’s seminal mental health album 'The Bends' due in December. ===== Terra Lightfoot makes her seventh appearance here with the new song and video for 'Consider the Speed' and it's yet another hook filled and melodic rocker. 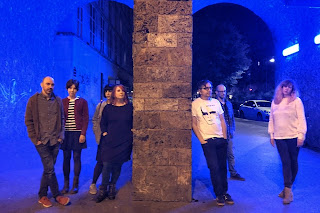 The Luxembourg Signal - Mourning Moon / The Morning After.

Dreampop and shoegaze indie super group The Luxembourg Signal dropping two new singles this afternoon with "Morning After" at Joy of Violent Movement and "Mourning Moon" at the Week in Pop. Their new album 'The Long Now' is out on Shelflife Records and Spinout Nuggets on October 23rd.

With the release of their self-titled debut album on Shelflife Records in 2014, The Luxembourg Signal quickly attracted a loyal following among fans of dream pop/indie pop music, and received enthusiastic reviews for their pop sensibilities, angelic vocals and lush soundscapes.

Now, for their third LP, the transatlantic group based in London, Los Angeles and San Diego, once again returned to the studio with engineer Mark Rains and have produced the highly anticipated The Long Now (Shelflife/Spinout Nuggets), a 10 song album that imagines a blurred horizon that lies between light and dark, and the fleeting nature of all that we hold.

"The Long Now" (phrase coined by Brian Eno) refers to a long-term way of perceiving time. As an alternative to the accelerated way that we experience our lives, it allows us to make sense of our brief but tumultuous time here, by understanding our place in a much larger timeline as history plays out.

The LP echoes these concepts in tracks like the jangly and upbeat ‘The Morning After’ which evokes the optimism of sunrise at dawn while the dynamic and gritty '2:22' conveys the paralysis of being confined in a digital world. 'Lost Hearts' and 'Mourning Moon' reveal vague and simple lyrics that bring up memories that are anything but vague and simple -- From fundamental disagreements with a mate over a history that cannot be rewritten, to the very moment of the loss of a loved one. 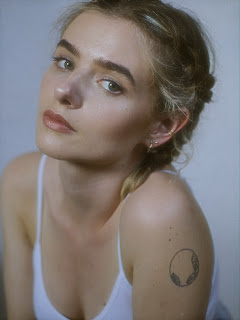 Rosie Carney announces her lockdown rendition of Radiohead’s seminal mental health album The Bends. It is due on December 11th via Color Study (Lav, Charli Adams, Haux) and today she also shares her recording of “Bones”.

Tackling a ground-breaking stretch of pop history requires tact and dedication to make it your own. Rosie Carney’s personal connection to the music brings to bear her stunning take of The Bends, highlighted in her arrangement of “Bones”.

“I recorded “Bones” the day before I flew home to spend the rest of lockdown with my family in Ireland” Carney explains. “I listened to it nonstop as I travelled from my flat in London into the middle of nowhere. Every single line resonated with me on such a deep level and after this one I became far more confident in how I wanted the songs to sound if they were mine.”

Like so many others this year, Carney’s original career plans and mental health were derailed by the pandemic. Having to abandon her recording plans, she relapsed into depression and decamped from London to her bedroom in her parent’s house in Ireland. While receiving treatment there she decided to cover ‘Fake Plastic Trees’ but when she saw how many people had already done it, she changed tack and went for the LP in full as a bigger challenge.

Sketching out most of the album on Garageband she drafted in co-producer JMAC (Haux, Luz) who added violin, viola, cello, drums, horns, woodwinds and vocoder remotely.

It’s not the first time Carney’s battles have dovetailed with her love of Radiohead. She recalls going to see them as a teenager and having an anxiety attack in the arena. She blacked out and woke up in the first aid room. Now, covering the band as therapy, it’s a poetic example of things coming full circle. 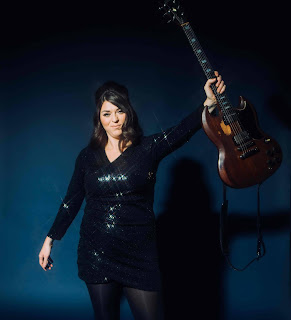 Celebrating the release of her new studio album, Lightfoot will perform an exclusive album release on Saturday October 17 starting at 7pm EDT. This full-band concert will deliver the powerhouse performances that fans have come to expect from the acclaimed songwriter-guitarist-vocalist. The ticketed livestream will feature Lightfoot and band (bassist Eli Abrams and drummer Glenn Milchem); tickets are now available via Terralightfoot.com and sidedooraccess.com.

Alongside the single, Lightfoot releases a new video for the song, directed by Mat Dunlap, videographer and graphic designer for The Sheepdogs, Andy Shauf, and Rose Cousins. For the freewheeling video, Dunlap transplanted some of the song's Southern energy into Hamilton, Ontario's historic Gage Park.

“This video shoot was so much fun,” Lightfoot recalls. “We borrowed some bikes from my manager's mom, and Mat made a mask to look exactly like my drummer Frankie (who is American and couldn't cross the border to be with us). The video shoot was mostly me yelling "AWWW" at every dog that walked by. Gage Park is a local dog-walking mecca, so this probably happened every five seconds. Mat was shooting from a rickety old bike trailer I borrowed from a friend, so the other half of the video shoot was me asking “Dude... are you okay?" While we were shooting the bandshell performance, a French immersion pre-school class was watching us from the field. It was probably a half hour of the same song, but they loved it and danced the entire time. That's definitely the vibe you see on camera.”