Promise And The Monster latest song 'Closed My Eyes' is a good example of why Billie Lindahl under that moniker has received so much recognition, this is a beautifully crafted track. ===== Yesterday The Yorks released the exquisite song 'Many Things' where fabulous vocals and a gentle backdrop make this dream pop song so special. ===== From Athens Greece we have the duo Strawberry Pills and their distinctive new single 'Porcelain Face' where Gothic vibes are found alongside a post punk kind of soundtrack. ===== Janita has shared 'Not What You're Used To' along with a video, the song is a moody rock ballad that digs it's hooks in deep. ===== WA Wa Punx have shared a video for 'Danny Sucks At Video Games' ahead of it's November release, both video and song are wonderful with some classic rock and roll feeling and just a little punk edge. 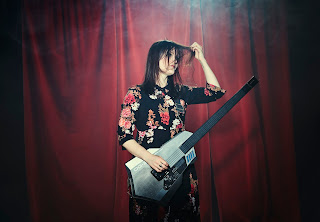 Promise And The Monster - Closed My Eyes.

Having established herself as one of Sweden’s most esoteric and mesmerising songwriters, with critical acclaim from Uncut, Mojo, Clash and Pitchfork, and shows with the likes of Chelsea Wolfe, Mark Kozelek and Jens Lekman in recent years, Promise and the Monster (aka Billie Lindahl) has now returned to deliver her latest sweeping single ‘Closed My Eyes’, lifted from her forthcoming new EP ‘Chewing Gum’.

Capturing more of that dark yet enticing sound that she is known for, ‘Closed My Eyes’ makes for an incredibly rich and inviting return. As her debut single through new label Icons Creating Evil Art, the new offering sees her re-emerge in a whole new light, channelling a smooth and lofty aesthetic that sets her uniquely powerful front and centre.

Speaking about the new single, Billie said, “I wrote 'Closed My Eyes' surprisingly quickly after thinking about the ambiguity in that image, closing one's eyes for various reasons. It was good fuel. The women in this song are out roaming in the streets. Marilyn is famous and Kimberly and Brenda got killed by Ted Bundy. The song was pretty easy to record compared to the other songs - it was a Paranoid moment so to speak. You know when Black Sabbath recorded their album Paranoid they just needed an extra song and came up with that riff, and bam: history. It worked just that same way with this song.”

Billie’s musical education started young, playing Swedish folk on the cello at school by day and recording mix tapes by night. She became fascinated with Nick Drake, Kaki King and Elliot Smith, writing her debut EP ‘Antarktis’ and first album ‘Transparent Knives’ at the age of 18, having been picked up by Imperial Recordings. With a father playing country bands and mother into an eclectic mix of jazz and alternative rock, from day one her tastes were always going to be fluid.

ICEA · Promise And The Monster - Closed My Eyes 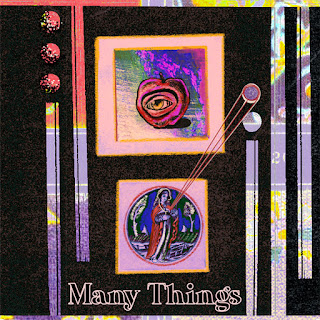 The Yorks - Many Things.

The Yorks released the dream-pop single, “Many Things” yesterday October 19. Harmonies pair and intertwine on “Many Things” to explore love as purpose while contemplating the impossibility of life without the beloved in question. The single evokes the crystalline clarity of pure love through crisp melodies and a gentle instrumental caress.

“Many Things is off the EP, Purple Sunsets, due out November 13. Consisting of meditations on love and disillusionment, the new three-song EP, Purple Sunsets, marks the transition from the band’s previous accompaniments to Jorge Rodrigo Azanza’s fresh solo style – a sweet, lyrically innocent sound.  Built around the musings of the multi-instrumentalist, the EP encapsulates Azana’s dreamy vision of Los Angeles love and Ecuadorian roots. A sophisticated, slightly flamboyant style flavors The Yorks tender, lighthearted tunes.

Born and raised in Quito, Ecuador, Jorge Rodrigo Azanza spent his youth on the floor of his bedroom, teaching himself guitar and pouring over bootleg CDs with music by The Beatles, The Kinks, and Prince. In 2017, The Yorks saw positive reception after the release of their first self-titled EP, featuring Liaison and Parking Lots. Produced by Gardens & Villa’s Chris Lynch and Adam Rassmussen, the record sparked interest at college radio and online publications.

The Yorks Band · Many Things 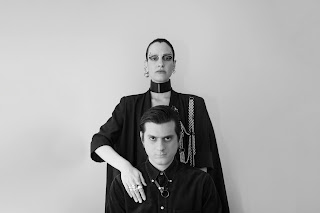 Greek band Strawberry Pills have announced their debut full-length called "Murder to a Beat", which comes out on October 30 via Inner Ear Records and shared the first single "Porcelain Face".

The gothy synth duo from Athens (consisting of Valisia Odell and Antonis Konstantaras) explore the full spectrum of the dark sound and create tracks inspired mainly by the 80's minimal movement and post punk, with a few electric and goth elements added. The group's upcoming debut album is heavily influenced by everyday life in the city of Athens, social issues and of course, the violent turns that love and romance can take.

Antonis says about the song: "Love and hate walk holding hands in the dystopian playground that is the basement of a maniac. "Porcelain Face" is (in our mind) an audio horror film set in the '70's and we treat it that way. It's narrated by the perpetrator while the victim is caught in his/her web. What happens next? We don't know, or do we?"

The album title is inspired by the queen of crime, Agatha Christie. The idea is that right before a live performance Strawberry Pills were poisoned, but by whom? Who of all of their songs protagonists did it…?

"Murder To A Beat" combines elements of fiction, horror, death and romance. Everything is pervaded by darkness, mystery, cynicism and enigma. Massively inspired by various forms of art. From film noir and crime fiction to the art movement of symbolism (Gustave Moreau) and photography. For example "Voyeur", the opening track of the album, is an ode to Guy Bourdin’s voyeuristic photography while “Porcelain Face” is about an alluring femme fatale.
Sonically, with this album Strawberry Pills aim for a fresh dark sound while paying homage to the '80's. 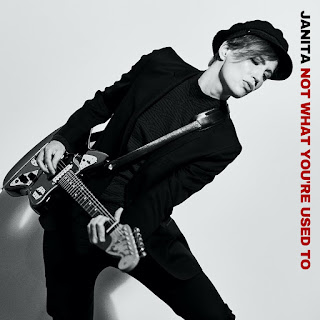 Janita - Not What You're Used To.

Janita celebrates the release of her new single, “Not What You’re Used To,” now available everywhere music is sold and streamed. This new single is the fourth from Janita’s forthcoming new album, Here Be Dragons. The album was produced and recorded by indie-music luminary Blake Morgan in New York City.

Critical acclaim fused with commercial success is rare in the music world, but for Janita, this coveted combination is simply the norm. Already established as an iconic recording artist and music figure in her native Finland, Janita (pronounced YA-nee-tuh) moved to New York City early in her career, building on those initial successes by launching her American recording career with two Top-40 Billboard hits.

Her albums that have followed, Haunted, and Didn’t You, My Dear?, have cemented her reputation as a powerful multi-instrumentalist, songwriter, and arranger—while garnering further recognition for her electrifying and unique talent as a singer. That reputation has propelled her across 60,000 miles of touring for over 100 performances in the United States and Europe over the past three years, alone. 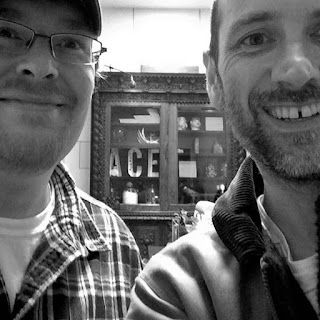 ‘Danny Sucks at Video Games’ is a song for our times. We’re all Danny. We’re all locked in futile combat with our screen avatar, failing again and again to get into the ‘Hall of Fame’. It’s garage, it’s punk, it’s electro, it’s 8bit graphics and it’s the best song of this hideous year.

This is a crazy world and we all need a gut-busting adrenaline rush to induce some socially distanced moshing in order to shake out what remains of our frazzled brains. With a stupidly infectious second album on the way, skate kids and gamers will be gliding round to these lyrics for the foreseeable:

WA Wa Punx are Dylan Rippon and Cory Jarnagin. The duo met when Dylan was touring the States with his band Bears From Labrador. Cory lives in Seattle and Dylan lives in London and Amsterdam. Dylan explains their first meeting in Bremerton, a nowhere town in the Pacific Northwest,

“I had a bad feeling about the venue. Thrash metal. Too much leather, too many tattoos, too many beards and piercings. We were drinking a few beers when this fresh-faced kid with a huge smile and a Texan drawl introduced himself as the support act. He proceeded to pull out his iPod and explain how he was going to just plug it in and freestyle. I looked at him, full of hope and enthusiasm, then at the sweaty crowd of metal heads. Could get ugly. Half an hour later Cory took to the stage. The room was silent. He fumbled about. Then he started rapping. It was good. It was so good and funny as hell. It was like an Andy Kaufman sketch where you think it’s all going wrong and the guy's a total amateur but the whole thing was planned out. The next twenty minutes were a joy, Doing a project with Cory was a no-brainer.”

You may not yet have heard of WA Wa Punx, but you’ve almost certainly heard them. Their music has featured on numerous TV shows like ‘Anthony Bourdain: Parts Unknown’, ‘Made In Chelsea’, ‘Big Brother’ and ‘NASCAR Raceday’. Bradley Cooper is currently encouraging folks to vote in Pennsylvania backed to the sounds of WA Wa Punx classic ‘Hooty Hoo’. This one’s for all the geeks, freaks and video sheikhs. ‘Danny Sucks At Video Games’ is released on November 2nd on Hero Rhymes With Zero.