Hot Summer recently shared 'Fire And Ice' along with a video for the track, musically the song opens with a soothing and melodic flow, the vocals perfectly match the mood and flourishes of additional synths and drums gently up the power. ===== From POSTDATA we have the new song 'Twin Flames' also with a video. Paul Murphy's distinct and emotion filled vocals are central to the song however there are some gorgeous soundscapes simmering beneath, there are moments when the structure brings Leonard Cohen to mind, see that as the complement it is intended to be. 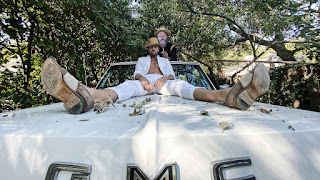 The Shins’ Jon Sortland joins EV Kain’s Brian Belier to form the band, Hot Summer. Fresh off The Shins release of “The Great Divide”, co-written by Sortland, Hot Summer are set to release their debut single and video, “Fire And Ice” is out now on Dowd Records.

The track “Fire And Ice” is indirectly related to the collision of fire and ice.  The era in which Hot Summer emerges is one of great disparities between ideals socially and politically.  We are also a byproduct of shut-in pandemic isolation and a desperation to generate sparks to light the gloom from solitude and gold coast fire haze. Through futuristic electronic interludes and Belier’s soothing vocals, “Fire And Ice” provides the sonically infused anecdote to the collective malaise.

The song was created during the Covid-19 quarantine where the two musicians were separated by 470 miles.  Sortland came up with a short musical loop that all the vocals were sung to, while the remainder of the music was developed to suit the vocals.  The main vocals on the track are the actual voice memos Belier sang into his iPhone and texted to Sortland. Later when the two were able to get together in person they shot the impromptu iPhone video that features Belier’s neighbor, John Tait, a former NFL veteran that also happens to be Sortland’s doppelgänger.

Hot Summer is a journey of musical freedom between longtime friends and creative collaborators. Jon Sortland is the co-songwriter and performer on The Shins’ recently released track, “The Great Divide”. Sortland was also the creative director of the video for “The Great Divide”. Brian Belier is a creative tour de force and brings unexpected melodies and a unique vocal approach to Hot Summer. Belier is also the frontman of the much loved psych-rock band EV Kain and has been a figure in the San Francisco music scene for years. 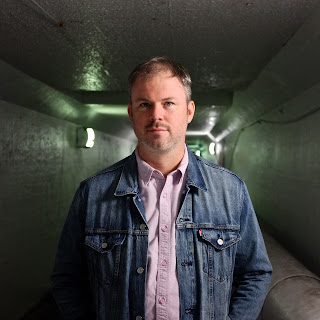 POSTDATA is the solo music project helmed by Paul Murphy – beloved as much for his two prior solo album releases: Postdata (2010) and Let's Be Wilderness (2018) as for his work within his Juno award-winning and multi-nominated band, Wintersleep.

Twin Flames – which comes co-produced by Bristol-based Ali Chant (PJ Harvey, Perfume Genius, Portishead) and finds longtime friend Andy Monaghan of Frightened Rabbit and Wintersleep’s Tim D’Eon contributing borrows its namesake from the centerpiece song on the album. “Twin Flames,” revealed today as an eye into the album's center, is about a storm, but perhaps more importantly, it’s also about a fire burning through it. Paul says that being in a storm can be a freeing and powerful experience. “You’re navigating this place…you can’t really see super far in front of you,” he says. “I kinda like that place.”

"This was initially an instrumental track," notes Paul of the subtle and powerful lead single. "I think that’s all I was going for at first. Ali suggested slowing it down and maybe trying to do some spoken word over top. I worked on it that night and made some headway. I took a couple days to really work out the melody and structure of the lyric/song within it. It’s a love song but also felt really poignant personally during full pandemic lockdown this idea of weathering storms. Enduring them. Inhabiting them. Becoming them."

As a full album, Twin Flames brims with intricate sounds, soft things ruffling on the edges, emerging in the choruses, rising in the quiet and the subdued spaces. Murphy has with this third LP, crafted the most intimate and timeless POSTDATA record yet; a bright, compassionate text of major-key romanticism. Murphy says the record is inward-looking and “focused on creating or surrounding itself in hope and warmth.”  This tone is realized thanks in part to both process and content. Twin Flames was recorded and co-produced in isolation by Murphy in Halifax/K’jipuktuk and with Chant in Bristol, UK.