Continental Record Services have shared a few songs this week and we have chosen a couple starting with Carter Sampson and 'There's Always Next Year'. Lyrically timely and poignant, it's also one very fine, melodic and engaging Americana track ===== Secondly we have Jarrod Dickenson and his beautiful cover version of the George Harrison song 'I Live For You'. Packed with natural feeling this is a refined piece which takes the song into a more Americana dimension. ===== For a second year we have a compilation from Rama Lama Records where many of the artists have been featured by us over the past twelve months, such is the quality of the music and artists the Stockholm label manages to work with.

Continental Record Services write - On the brink of a new year, we hope to please you with some releases that also surprised us. Covid/Corona Quarantines, however much we dislike them, seem to be good for creative processes.

So here are some singles that may bring you a bit of joy and light in these dark days..........

As Carter Sampson says herself: "Surprise! I hadn't planned on releasing any new music yet but I wrote you a song and think it's better off heard now. My new single now available anywhere you listen and download music! 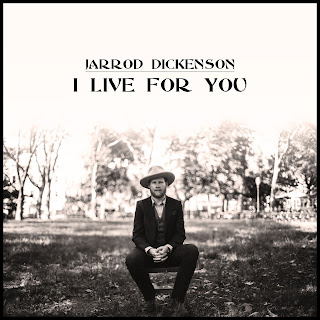 Jarrod Dickenson - I Live For You (George Harrison Cover).

And here is another cover for you, officially available on all streaming services now. Jarrod Dickenson pays tribute to George Harrison.

" 2020 marks 50 years since the release of George Harrison's landmark album, 'All Things Must Pass'. To pay tribute to Harrison and that fantastic record, here is a cover of the song "I Live For You", which was originally recorded during the 'All Things Must Pass' sessions, but was left off the initial track listing.

The song was finally released on the 30th anniversary of the album's release, and has been a favorite of mine ever since." 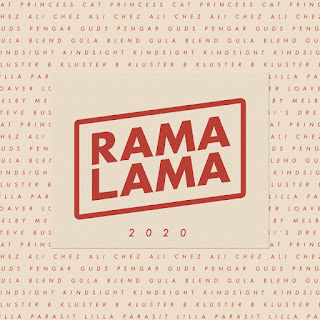 2020 didn't exactly go according to plan. We could be negative and nag about the fact that we've never put on as few live gigs as we did this year, but at the same time we've never released this much music. Music that has helped us not give up during these "strange times".

During 2020, we've had interesting debuts from Kindsight and Gula Blend mixed with follow-ups by Kluster B and Melby, the great return of Chez Ali and debut albums from Lilla Parasit, Guds Pengar, Loaver and Steve Buscemi's Dreamy Eyes. What stands out to us this year is the great and eclectic mix these wonderful acts form when they come together, and we're so glad and proud to have released them all. We hope this compilation can work both as an introduction for the curious and a reminder for the great people who continue to follow and support our little label.

Rama Lama Records 2020 is available on all digital platforms and as a free download on Bandcamp. In 2021, we turn five and we plan to celebrate it a lot, stay tuned!