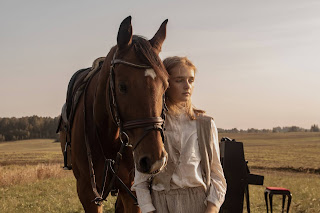 Aistè - Where You're Going Today.

Rising independent pop powerhouse and 2021 One To Watch Aistè has released new single ‘Where You're Going Today,’ premiered on Hayes FM, and the accompanying official music video, premiered on A1234. Completed during lockdown, both the track and the video are entirely written and produced by Aistè herself.

The gorgeous visuals for ‘Where You're Going Today’ see Aistè reconnect with the pure and uncontaminated freedom, both physical and creative, that she found herself drawn to during the pandemic.

While waiting out the stay-at-home orders in her hometown in Lithuania, she started exploring her connection with the innocent child that she once was, free from the routines and chaotic energy of her daily life back in London. She found inspiration in the introspective and nostalgic feelings that surfaced, and this, combined with the creativity and restlessness that burst at her seams while in lockdown, produced a powerful moment of soul-searching and contemplation that she artfully translated into music.

‘Where You're Going Today’ is born out of the persistent feeling that there must be something larger, something almost holier than the capitalistic games we are trapped in, and that reconnecting with the child that lives within and guides each one of us is the best way to awaken ourselves from the stupor we've been living under.

"Change is inevitable, this much we've learned in 2020," says Aistè about her journey with new music. "We’ll change homes, countries, partners, ourselves in the pursuit to achieve our dreams and thus fulfilment. When all is said and done, after all these transformations, do we still remember the person who dreamed those very dreams? Is he, is she still around?"

'Where You're Going Today’ follows the release of latest singles, magnetic and futuristic ‘Mojo' and anti-capitalist anthem 'Money Is Life,' the official video for which was nominated in the Best Director category at the 2020 KlipVid Awards. After testing the waters with previous tracks ‘My Only Friend’, ‘Say When’, and 'This Will Happen’, as well as the bewitching ‘Blue Dawn’, Aistè breathes a new creative fire. 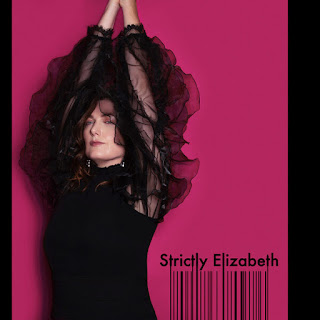 Strictly Elizabeth - These Little Things (I Get From You).

Strictly Elizabeth, announced today the launch of her second track from her monthly Full Moon Series, with the release of “These Little Things (I Get From You)” available now via all digital platforms. This is the second installment of new music to be released on the full moon since it launched last month.

Produced and Mixed by musician Ira Ingber, “These Little Things (I Get From You)” is a previously unreleased song of her own composition released via her own Data Water Records with virtual distribution by Dash/Go.

“We launched the Full Moon Series in the spirit of releasing what is complete to make room for new creative action and collaboration,” said Jessica of Strictly Elizabeth. “This month’s track, “These Little Things (I Get From You)” is about the person you become through habit and patterns of behavior.”

This is a deeply personal track for Jessica, who started to see that she was imitating the men she was in love with and wrote this song about that piece of self-discovery. She found that although she is much more aware of it now, it’s still a deeply ingrained pattern from childhood. The video for this song explores this theme.

The Full Moon Series next installment will be released on the next full moon, February 27, 2021 and subsequent full moons throughout the year. This series is a platform to release what’s complete and make room for new creative audio and visual pursuits coming from Strictly Elizabeth this year. 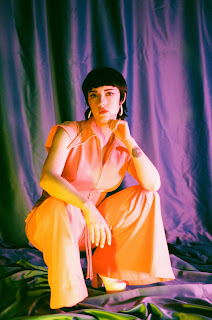 "As the only female-presenting member in a lot of past projects, I was often designated the 'mom role,'" said Kue Varo songwriter, Katrina Spreen (they/them). "As much as this identity was imposed, I enabled it, and had to come to terms with my inability to say 'no.' Sometimes when you mean to do right by someone, it can be misplaced, and you have to learn to do right by yourself first."

"Daffodil-11 is a reference to Kurt Vonnegut's Slapstick, which is my absolute favourite book of all time," said Spreen. "It’s roughly about human decency for human decencies sake, without attachment to outcome. This album starts with an angry introduction to the planet, and ends with me trying not to bury her. It’s a very vulnerable and sometimes uncomfortable undressing."

The seven songs on Daffodil-11 each have one of two personalities attributed to them.

"Although I believe strongly that traits assigned a gender are silly, I enjoy exploring duality in the form of gender to help come to terms with what was imposed onto me," Spreen said. "Gender presenting is a fun visual way for me to do so through my art. Each song on this album has one of two personalities attributed to it: the mod princess light and magnificent of the 1960’s and the grungy 1970’s/90’s beatnik poet/failed artist who is bitter and feels entitled to be. These traits simultaneously exist within me and it’s incredibly liberating to lean into them as a form of expression and creativity." 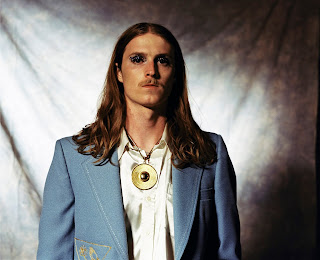 Detroit’s psychedelic R&B outfit, Cousin Mouth, has released a new music video for their single, “New Memories,” an introspective story of facing your past, present, and future. The track is about learning to overcome past experiences and use them to find inner peace. “New Memories” is the first single off their upcoming album, MayflowerPeacemakerHolyredeemer, which is available for digital and vinyl pre-order now. “New Memories'' is available for viewing on YouTube and for streaming on Spotify.

Directed by Zach Hagy, the video starts with a groovy, persuasive guitar intro that shows Cousin Mouth’s lead singer Alex Burns, entering an old Cadillac. He takes a compelling drive through different parts of town, curiously passing by different versions of himself. The past experiences, selves, and relationships we all live with weigh on the present versions of ourselves. “This song is some of my reflections on how we confront and coexist with the past and how it affects our present and future,” says Burns. He eventually is face to face with himself and “The Muses,” who are played by background vocalists Supercoolwicked (Morgan Hutson) and Salakastar (Aja Dier). Burns is forced to battle the reality of what is in front of him and reflect on the life he wants to lead. The ability to overcome and live peacefully with this conflict is the central message Cousin Mouth wants to portray.

Cousin Mouth is the brainchild of songwriter and producer Alex Burns. Their sound is inspired by artists like James Blake, D'Angelo, and Todd Rundgren; moody and sultry R&B with some pop influence. The tone of their recently completed upcoming album, MayflowerPeacemakerHolyredeemer, reflects their signature groove, beat-based style mixed with a psychedelic-dreamy sound. When naming the band, "Mouth" came from Burns being a singer foremost, and "Cousin'' comes from the familial connection they access through music and the community that it builds. This is their second studio album following their 2018 debut album, Medusa released by Detroit record shop and label Paramita Sound. 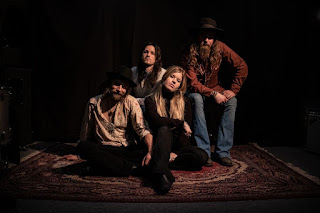 Root rockers Heavy Feather are back with new music. Their upcoming sophomore album "Mountain of Sugar" is to be released by The Sign Records in spring 2021. The third single leading up to the album is entitled "Love Will Come Easy" and is out now on all streaming platforms.

When Heavy Feather's first album "Débris & Rubble" (2019) was released, it became praised by both press and audience; taking the band out to tour Europe. Now it ́s time for their second album, "Mountain of sugar"; an even rawer, heavier, and harder release than the previous one, still with the root rock and psychedelic touch at the very core.

“Mountain of Sugar” consists of 11 roots-rock tracks oozing with a 70‘s sound and feel, filled with attitude and raw vocals from blues singer Lisa Lystam. Catchy hooks and roaring guitar riffs are based on influences from the greats of the 60s and 70s, drawing inspiration from bands such as Free, Cream, and Lynyrd Skynyrd. The band then adds their own unique touch to the tracks, creating a unique and intricate sound that few can deny.

2020 started off with the band going into the No Regrets Fonogram Studio in Stockholm to record an album filled with soul and creativity. Still with musical roots in the '60s, the result was a rock album with a modern twist that undoubtedly fills a void on the rock scene today. Just like their first album, this one was also recorded together with the producer Erik "Errka" Petersson. With some help from Pink Floyd's former mixer table, he gave the songs completely new dimensions. In addition, the band had the honor to work with Magnus Lindberg, who has previously mastered bands such as Lucifer and Imperial State Electric.

Heavy Feather's single "Love Will Come Easy" is out now on all digital platforms. Their album "Mountain of Sugar" will be released by The Sign Records on April 9, 2021 on vinyl, CD and digital format. 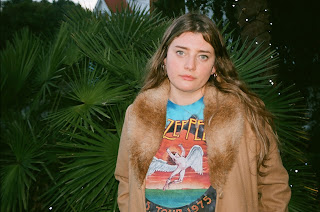 Isolation, solitude, pain, love and healing are key themes at the heart of Belle Tower’s collection; songs that explore heavy and vulnerable subject matter such as childhood trauma, resisting the male gaze, and embracing one’s identity.