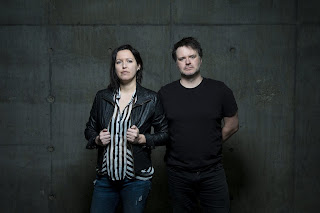 Paragon Cause - Making Up For Lost Time.

Life will start to come back to us. "Making Up For Lost Time" is an optimistic song with a sense of longing, a glimmer of hope through the long fog of isolation, whether it be from an old relationship or this last year.

The dreamy video for "Making Up For Lost Time" perfectly captures the emotions and beauty at its core. When you close your eyes after looking at someone you love, the image sits on your retina and slowly fades away, but the memory remains in your head, distorted. It's about time rushing forward and never able to catch up to your future plans. Lost opportunities and warning your past not to make the same mistakes, but feeling it is inevitable.

"Making Up For Lost Time" is the lead single from our full-length album Autopilot due in 2022, produced by The Raveonettes' Sune Rose Wagner.

By the end of the song, we would like for you to be excited to begin the next chapter in your life. Don't settle. Take chances, make mistakes, and acknowledge those same missteps. It's never too late to make up for lost time. - Paragon Cause 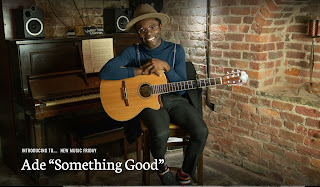 Adeola “Ade” Fabola is a Manchester based singer/songwriter whose upbeat acoustic pop is laced with rootsy folk, world music and jazz. His intricate figer picking and soft, soulful vocals combine effortlessly into a sweet feel good vibe that has drawn comparisons to Jack Johnson, Tracy Chapman and Nina Simone.
Ade’s journey began in Kano, Nigeria where as a child he learned the piano and the guitar, laying a solid music theory foundation to his expression.

Ade continued his musical self-development by moving to Manchester in 2018 where his immaculate dress sense and intrinsic aptitude for entertainment has been wowing audiences at festivals, lounges and cafés alike.

Ade Fabola’s quest is to take pleasure in the small things, like realising after a show that a member of the audience seriously thought he was will.i.am. It could have been entirely plausible at a sold out Matt & Phreds, Manchester’s Iconic Jazz club, where many legends have played. 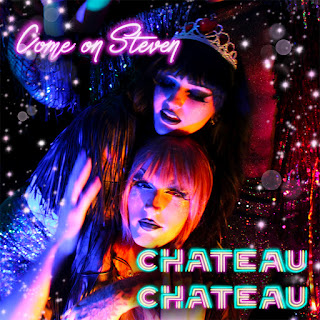 Come on Steven is a relaxing indie-pop song about watching the scenery change through a car window while thinking of the happy memories shared with friends along the way. From the desert’s teeth jutting from green cacti ribs to beach sands and tide pools, Come on Steven is the soundtrack to next summer’s road trip adventures.

Chateau Chateau is an evolving community of musicians led by power couple Alex and Rachel. With beginnings in an abandoned aerospace warehouse in 2018, Chateau Chateau has grown into Tucson’s favorite self-deprecating-glam-rock band - dusty and sparkly at the same time.

Alex (vocals and guitar) and Rachel (vox and keytar) have perfected the art of playing off of each other's strengths to make the ideal pair. Tom (drums), Jordan (keyboard and guitar), and Zach (bass and guitar) fill out the group.
The band works from Alex’s home studio, where they write, demo, and record every song since their debut single, Crisis Party. During those first recording sessions, the band developed their creative bond and technical process, with each member’s insight and personal touch being implemented along the way. In addition to songwriting, the band takes pride in doing everything from start to finish, together, including recording songs, printing shirts, building props, and sewing stage costumes.

The band has often been noted for their colorful, flamboyant, and party-like vibe that is best on display in their wild and freaky live shows. Despite this festive atmosphere surrounding the band, you can find a much darker, sobering, and visceral imagery in their lyrics, as they frequent the deep end of subjects like mental illnesses, addiction, and suicide. The result of this blend between music and lyrics is a self-deprecating dramedy of five self-loathing introverts imploring their audience to sing and dance with them while they shoot confetti cannons and wave a 6’ tall magnifying glass. 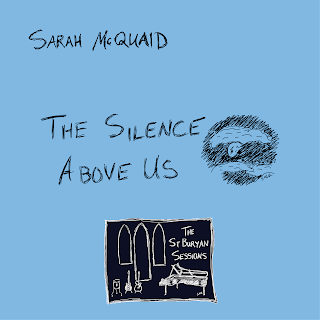 Sarah McQuaid - The Silence Above Us (The St Buryan Sessions)

“The Silence Above Us” is the first single from The St Buryan Sessions, Cornwall-based singer-songwriter Sarah McQuaid’s forthcoming new album and video series filmed and recorded in the beautiful church of St Buryan, parts of which date back to the 11th century.

The St Buryan Sessions had its genesis last spring, when Sarah’s gigs and tours were cancelled due to COVID-19. Wary of the technical pitfalls of live-streaming, she decided instead to pursue a long-held dream of making a live album.

“I’ve always believed that there’s an element of magic in a live concert that’s really difficult to replicate in a studio,” she explains, “plus a lot of my songs have evolved and changed since I originally recorded them. I also felt like the standard of my own performances had really turned a corner in the last year or so, and I
wanted to capture that on video — but with multiple cameras and high production values, not just somebody’s random film on a phone from the back of the room.”

Sarah set up a crowdfunding campaign on the FundRazr platform, and by the end of June it had reached over 100 percent of its £5,000 target, enabling her to hire an impressive team consisting of her longtime manager and sound engineer, Martin Stansbury, who produced, recorded and mixed the project; mastering
engineer Stuart Bruce; Cornish filmmaker and director Mawgan Lewis of Purple Knif, who worked previously with Sarah on videos for her 2018 album If We Dig Any Deeper It Could Get Dangerous; and Eden Sessions veteran camera operator John Crooks.

“We wanted to try and somehow re-create what anyone would hear and see at a typical show,” Martin recalls. “Of course, what we wouldn’t have was an audience, so we looked for key factors that would influence Sarah’s performance. We decided to use her local church, a space she’d been singing in as part of the choir ever since she moved to Cornwall. We set her up as if it were a regular gig, no flash studio mics, just the same touring PA and monitors she’d walked onstage to a thousand times, so it would be truly home territory. There was a set list and she was to play her set and we would record it.” 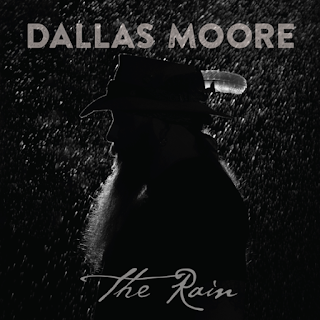 Outlaw country mainstay Dallas Moore has released the first single and title track from his upcoming LP The Rain at The Boot. The single will be available on all streaming platforms January 29, with the full album slated for an April 9 release date.

2020 started like any other year for Dallas Moore. On the heels of his 2019 LP Tryin’ To Be A Blessing, Moore and his band were booked to perform over 300 shows for the tenth year in a row, prepped and ready to continue tearing up asphalt between dive bars and honky tonks across the country. However, as the global pandemic brought the live music industry to a screeching halt, Moore suddenly found himself with something he wasn’t familiar with after all those years of constant touring: downtime.

“I do most of my writing when I'm riding my Harley Davidson Road King or cutting grass,” Moore notes. “Our tour schedule had been so heavy for the last several years that I hadn't been doing very much of either. All of a sudden I found plenty of time to ride my bike and write.”

The songs came quickly, capturing a sense of renewed energy that Moore found in his downtime. “I hadn't written a song in nearly two years,” he recalls, pointing to the silver linings of being pulled off the road. “All of a sudden, eleven songs poured out in a three-week span. That makes The Rain different from anything I've ever done after all these years of constant touring.”

Make no mistake, though — The Rain is not a pandemic/quarantine-concept record — it still bears the timeless honky-tonk swagger for which Moore has become acclaimed over the years. From the flint-and-tinder autobiographical swagger of “Every Night I Burn Another Honky Tonk Down” to the timely awareness of “Better Days” and the album’s anthemic title track, this is Dallas Moore at the height of his craft -- a bona fide troubadour continuing down the path, even if the path might look a little different after 2020. 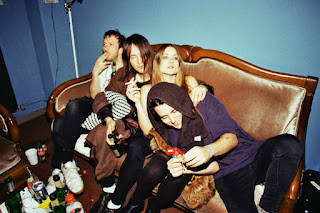 We are continuing working on our song sketches and home recordings and with the help of our dear friend and producer JP Sancho and with the blessing of Axis Mundi Records, Giovanna Ferin and United Talent Agency, we’re pleased to release music from our upcoming fourth LP, COLA SPIRIT.

This collection of tracks is inspired by Lawrence Krauss on A Universe From Nothing, the unicorn tapestries, and a desire after this intervening period to pinpoint the unreal locus.

Of the many people deserving of our gratitude up until now: former agent, greg lowe & the mystery jets. We thank you for strengthening us. During recording we utilised a(n) solina strings alongside our ageing bodies.  We offer sincere contrition and apology for getting obliterated and lost at melt and needing rescue.

May our intentions redeem us, and our actions absolve us. With all of the above, in plenitude, with memories of catch 22 and beyond. For ten of the best years of our lives shared together. In dedication to the future.