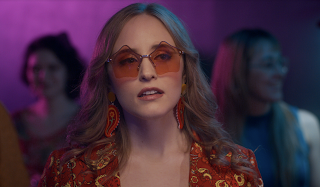 Gracie Nash is too young to remember the halcyon eras of classic pop songcraft, but she does remember what these songs meant to her growing up during the early 2000s era of fizzy divas and boy bands. Songs from the 1950s through the 1970s were an escape from painfully complex school dynamics. These songs gave Gracie hope, comfort, and courage. Today, the New York-based artist gives back with well-crafted and lushly orchestrated modern vintage pop songs.

Her songs perfectly encapsulate her eccentricities, tying together her playfulness and poetic sensibility as a lyricist, her theatrical musicality, and her love of influences such as Billy Joel, the Beatles, Motown, disco, Joni Mitchell, Carol King, and ELO. Her talents came full bloom while in college, and she graduated from NYU Steinhardt with a Master's Degree in Songwriting. Since then, Gracie has been a featured singer with the string group Little Kruta, and a featured artist with the New York Nashville Connection. Today, outside of her artist’s career, Gracie is a private guitar/voice/ukulele/songwriting teacher, and a Teaching Artist with the Metropolitan Opera Guild.

Gracie shares: I wrote “Sippy Cup” about 3 years ago when I was in the midst of the NYC dating scene.  I had met a few nice guys, however the same issue kept creeping up: transparency. If you know me, you know that I’m the epitome of an open book. I treasure honesty & transparency so much in all my relationships... and yet I found myself swept up in these unfulfilling flings with mysterious & aloof men. One of the most notable romances was with a smooth-talking banjo player who constantly kept me on my toes. Inevitably, the affair fizzled out. At first I wondered what was wrong with me, why didn’t he want to open up to me? But upon reflection...I realized it wasn’t me at all.

I was catching up with my cousin & he asked me what had ever happened with the banjo player. Without skipping a beat I said “You know, it was like, I was a glass of water...and he was just a sippy cup.” And as the words came out of my mouth I knew that line had to go into a song. I imagine most people have dated a Sippy Cup at some point or another. While we’re trying to start clear & healthy relationships (a la a glass of water) we end up paired with a small & opaque person (a la a sippy cup). It happens to the best of us! I hope that my song “Sippy Cup” helps those who are looking for love have a good laugh at the ones who got away. PS. Just in case said banjo player is reading this...it’s water under the bridge and I truly wish him the best! If anything I’m grateful for the song inspiration." 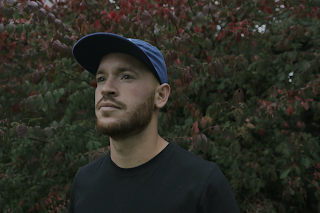 Timid, the Brave is the solo moniker for Canadian songwriter Tim Selles. His 2011 self-titled debut EP, recorded with Scott Orr of Other Songs, was named one of iTunes Canada’s “Best Of” that year.

After growing somewhat tired of the grind of solo performances and simple recordings, Selles recruited a handful of other Hamilton musicians to lend their talents to 2017’s LP, Firesale.

The forthcoming record, Vuja De, builds on that communal transition, featuring Nate Wall (King Park) on drums and percussion, Ethan Rooney (The Good Hunters) on bass, and Gareth Inkster on pretty much everything else.

Set for a Spring 2021 release, the upcoming record chronicles the cyclical nature of life, exploring the possibility of finding new meaning in familiar experiences. 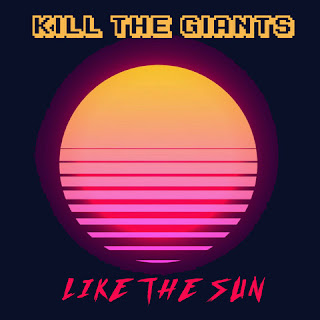 Like The Sun is the first single from the new album Arcadia  by St Albans' collective Kill The Giants. The tracks is a retor slice of 80's electro funk.

Arcadia is their 4th album and is inspired by their love of the 1980's, amusement arcades and video games.

The band have received rave reviews from the likes of Hotpress, Steve Lamacq from BBC 6 Music & John Kennedy from Radio X.

Kill The Giants have mixed up genres at will on their previous albums but have gone back to the electronica of the 1980's for Arcadia. The album is influence by 80's pop, Kraftwerk, Tangerine Dream and New Order.

The first single from the album is When i Feel Alone which is dedicated to all those who suffer from depression.