Beth Henderson - Do I Ever Cross Your Mind?

Brooklyn based folk singer-songwriter Beth Henderson has released her debut E.P. Questions. Lyrically and vocally rich, the piece serves as a reflection of love and loss in Henderson’s life and the confusion that comes with trying to make sense of it all.

Written and performed by Beth Henderson, with production and instrumentation by Julian Giamo, the four song EP featuring singles “Wild One” and “Lovers from London” ponders the meaning of love while accepting there are no finite answers.

“Looking back on the loves and losses of my life, there is one thing that binds them all together—questions. With this EP, I’ve tried to put together the thoughts and feelings that still linger from relationships long gone in an attempt to make sense of what romance, at its core, means to me,” says Beth. “I’ll let you know when I have it figured out, but, in the meantime, I’m proud to present to you Questions straight from my heart.”

Beth Henderson is a folk Americana singer/songwriter from Brooklyn, New York. With a sound that flips easily between grounded assuredness and crystalline vulnerability (reminiscent of Laura Marling, Liza Anne, and Gillian Welch), Beth writes songs of loss, love, and relationships that just don’t quite work.

Born in Delaware, Beth first found her way to music through theater and began to perform once moving to New York City, at venues including Rockwood Music Hall, The Wolfhound, and Gold Sounds. She’s proud to kick off 2021 with her debut EP, “Questions.” 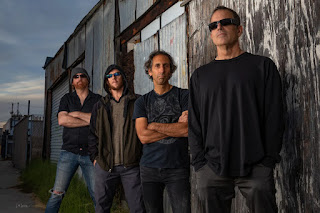 You can have everything you want and still feel down. But there is a light at the end of the tunnel and those difficult times are necessary to get to the other side. That’s the message of Subsurfer’s upcoming rock single, “Hollow” due out January 27.

Lead singer, David Montalbano says, “I had a lot of friends who have personally not made it through these dark times. It’s had a profound effect on me and the writing of the song. I want people and friends to know we are all in this boat together, and though it may look like I have everything that anyone would want, the Covid reset has affected me in profound ways as well.”

Subsurfer went back to the studio with, Brian Karscig, the engineer who produced their second album. The band wanted to capture the darkness and uncertainty of the moment, which is something they went through at the time they recorded that album. At the same time, the hope of light at the end of the tunnel is captured with back up singers and light keyboards.  Montalbano’s melodic-pop-driven vocals dance within the grunged-out guitars, serving as a reminder that light can be found within even the darkest of times.

Subsurfer’s name is not an accident. David Montalbano. of the coastal San Diego based band quite literally writes lyrics as he surfs. Subsurfer came out of being in the surfing world. Montalbano says, “I used to compete professionally and all my songs came from there but most thought they came from a different, more personal place.”

The band who originally formed in 2010 has released three full-length albums: We Are Stars (2011) produced by Brian Karscig (Louix XIV), Devil’s Lounge (2013), LA LA LA (2015) produced by Steve Albini. The Bittersweet EP followed in 2019. They’re currently working on their fourth album, Subversive, due out in mid-2021. Weeds Season 8 featured, “Girl on Girl”, off their first album, We Are Stars. 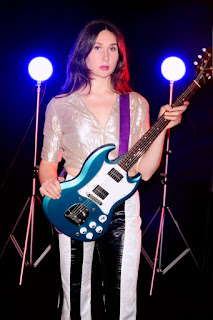 Toronto-based experimental-pop artist, Jane Inc. (aka Carlyn Bezic who's part of U.S. Girls, Ice Cream and Darlene Shrugg) who's today sharing her new single, "Steel", the latest to be taken from her forthcoming debut album, Number One, which is out via Telephone Explosion Records on March 19.

Tipped so far by The Line of Best Fit, NPR, Brooklyn Vegan and Earmilk, unlike Carlyn's previous musical output, this is solely her project, written and produced by herself. She worked with a few extra hands on the record – members of U.S. Girls, Aquakultre and Scott Hardware contributed, as well as esteemed Toronto producer, Steve Chahley (Badge Èpoque Ensemble, Kathryn Williams) – but the fact that this is solely down to her is pretty representative of how deeply personal this record is to Bezic, emerging as an unraveling of her views on mental health and the role which social media/the internet can play in damaging it.

Sonically, the album brings with it a real myriad of different sounds, blending the worlds of off-kilter R&B with crystalline pop-sensibilities – her affinity for Prince adjacent sounds occasionally manifest, alongside touches of fuzzy rock, psych, and slick disco. Thematically, the album looks to unpack a whole host of pertinent themes – particularly in today's overconnected world – that look at online identities and the temptation to bring them to reality, how we make sense of the world when we feel complicit/victimised in its wrongdoing (climate change, etc), and how we understand and make sense of our mental health, relationships and structures.

I think Carlyn is doing something really interesting with this debut album, tackling some important issues in a frank and earnest manner all under the cloak of this shimmering experimental-pop. I think if you're into anything by U.S. Girls, Amen Dunes, or the likes of Melody's Echo Chamber, then there's a lot to love here, particularly with the warm fuzzy guitars, and blinging synthesisers. 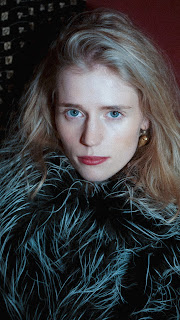 HALLI is an art-pop artist currently based in Dublin, Ireland. Her music is a collection of minimalist synth-pop songs, equally indebted to the direct lyricism of Angel Olsen, as it is to the alt pop sensibilities of fkaTwigs.

Having released her debut single “FUKC FEAR” in October 2018 produced by Luke Potashnick, (65k Spotify streams), and after two years spent writing and recording across three different countries (The Netherlands, The U.K and Ireland), HALLI returns in 2021 with new single “Body Never Lies”.

A song that details the importance of having an open and honest relationship with your body, HALLI goes on to explain:

“Having moved to rural Netherlands as an act of self-isolation (under the guise of an artistic retreat) I eventually ended up bedridden from self-neglect. During this time, I was forced to recognize that my body deserved the same level of care as my emotional and mental wellbeing - and that there are repercussions to ignoring that balance. I think the song was a way to finally admit that I was mistreating myself. It’s an honest reminder of the body's fragility and how it will always mirror how it is treated.”

It comes supported by a video made by HALLI herself. She explains, “I filmed and edited the video over the course of a few weeks. It’s made up of several short vignettes all related to the theme of body dysmorphia and self-image. I wanted to explore the theme of delusion we can experience when looking at ourselves and the voyeuristic nature of identity. I used my own body and intimate camera work as tools for this.” 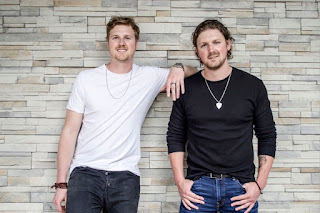 There’s a saying when life hands you lemons, make lemonade. Ottawa-born brothers, Cory and Jeff Papineau live by this saying. So much so, that they named their band Lemon Cash.

The band’s name was inspired from the brothers childhood when they ran a neighbourhood lemonade stand. The two brothers would come home each day celebrating their hard-earned “lemon cash”. To this day they share similar interests in music and continue to write and record music together.

They grew up in a very musical family along with a little sister, Taylor, who would often sing and help write songs in their music room at home. When the 3 siblings were very young, they wrote and recorded a jingle for their answering machine on their home phone line: “We can’t take your phone call, we’re busy through and through, but leave your name and number and we’ll get right back to you!” in acapella with three-piece harmonies.

While still young children, their father left home and their mother took on the challenging responsibilities of raising three kids on her own. The relationship with their father remained complicated growing up which inevitably had its challenges along the way while transitioning into adults. When times became tough, music was their therapy. It was the wisdom from songs and artists that gave them the strength to deal with situations without the guidance of a father. Music was also the lemonade that they used to make their mother happy.

From this the boys realized the magic and power of music and how much of an impact it does have on people. Cory and Jeff continued to steer that magic into forming the band, Lemon Cash.

Lemon Cash started out as a cover band, forming an alternative rock band with some local friends from their hometown of Ottawa, Ontario. The band had success playing lots of gigs, receiving radio traction and formed quite a substantial following for only a couple of years of playing together. After 3 years of playing as a five-piece band, the members of Lemon Cash decided to part on good terms and ended their days as a rock band.

Looking to evolve their music, Cory and Jeff found their sweet spot and transitioned into the country world where they would come to realize this is where their tastes and personalities fit best.

The inspiration to switch to the country genre came from their parents: Jeff Sr. and Sandra. They introduced Jeff and Cory to country music at a very young age. Listening to a wide range of artists such as Patsy Cline, George Jones, George Strait, Dolly Parton, Tim McGraw and Garth Brooks. These country legends became the inspiration for the brother’s beginning to write and perform their own songs with their signature blend of harmonies and a tinge of their love of rock music thrown into the lemonade of Lemon Cash.