Stockholm four-piece Melby have constantly been growing since their debut with catchy single 'Human' in 2016. In 2019, the band released their acclaimed debut record 'None of this makes me worry' which was followed by tour dates all over Europe. Cancelled tours in 2020 lead to the band working on new material in a new way. 'Common Sense' was released in December and 'Old Life' now follows alongside an animated music video made by Isabelle Friberg.

On the melancholic folk inspired 'Old Life', Melby continues to cement their role as one of the most interesting Scandinavian acts around, a band so home and accomplished within their sound that they're now ready to continue to experiment with it without losing their characteristic. The new material was mainly written and straight-away recorded in the studio in close collaboration with producer Alexander Eldefors, this is a completely new way for a band that previously in many cases have toured material for years before recording them.

The band tells us about Old Life: "Old Life consists of an upbeat, sort of entangled, rhythmic foundation, playing against gloomy and almost dreamlike melodies on top. It sounds a bit like flying, looking down at the landscapes and people passing by beneath you. You're flying fast, but there's also this peacefulness to it. That feeling ties into the lyrical theme, that revolves around moving to another country, and leaving your old life behind." 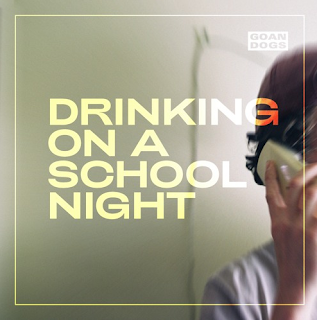 Having garnered press support from the likes of BBC Radio 1’s Huw Stephens, the Bristolian outfit Goan Dogs gear up to release ‘Drinking On A School Night’, a promising guitar pop-anthem that lands as a new taster of their highly anticipated debut full-length ‘Call Your Mum’.

Consisting of 12 tracks, new album ‘Call Your Mum’ which lands on February 5th, 2021, sees the five-piece utilise dark elements of experimental electronica with warped guitar chords to contort and sculpt an unconventional structure into an exquisite piece of indie-pop with universal accessibility.

Discussing the inspiration for the album, the band say “It’s top advice for anyone in the privileged position of having a mum they can talk to. The album is filled with lost people, unfulfilled people, confused people, heartsick people and anxious people.”

This is evident on new their newest taster ‘Drinking On A School Night’. Connecting jangly guitar pop with skewed experimental synths, the songs raw energy is kept in check by Goan Dogs innate sense for structure, along with frontman Luke’s hazy vocals.

The band say of their new single: "Drinking on a school night is our latest piece of existential dread put to music. It’s a hypothetical glimpse into the future, where nothing much has changed apart from the fact that we’re older. Except it's irresistibly catchy and the vibe is straight fire. You’re not going to know whether to drown your sorrows or start dancing. We suggest you do both."
GOAN DOGS · Drinking On A School Night 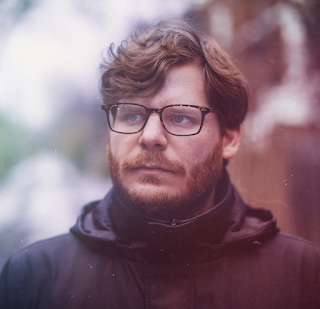 Venus Furs is the moniker of Montreal’s Paul Kasner, a multi-instrumentalist, writer, producer and self-described “perfectionist”. In the preceding years the act has taken many forms, supporting the likes of The Horrors and The Twilight Sad as he worked on refining and determining exactly what Venus Furs was meant to be. After years of hard work and multiple hurdles, Kasner is on the verge of releasing Venus Furs, a rigorously crafted set of songs that voyage heedlessly through sonic and mental terrain in a way that could only be the product of a single idiosyncratic mind.

This speaks to his remarkable determination to create the album he long envisioned, and has now realised with the dazzling Venus Furs. Once you press play on the self-titled record you’re immediately welcomed into a world of sound that sits at the nexus of psych rock and garage rock, shot through with grand melodic hooks that echo the British alternative scene that he’s always greatly admired, all produced with a finely-tuned ear and precise hand.