Dutch indie band Classic Water return with their fourth single Tomorrow. A song about desperate times and corresponding desperate measures, but as the lyrics say: “tomorrow this will all be gone.” A soothing thought at the start of this new year.

The music video is based on the artwork designed by visual artist Viktoryia Shydlouskaya-Dijk and animated by Classic Water’s keys player Lotte van Leengoed.

Tomorrow is a song about someone driven to desperate deeds and is partly inspired by the Talking Heads’ Listening Wind. The narrator leads the listener to the brink of the deed in the first half of the song, after which a long instrumental part follows where multiple melodies and rhythms combine into something like a hypnotic stretch of endless highway.

The songs of Classic Water bring to mind driving through dusty backroads of deserted villages, thinking back on what once was but will never be again. The surreal words of singer Tom Gerritsen are guided by stretches of intertwining melodies, alternated with brief bursts of rock and roll. In an earlier life, Tom released folk music as The T.S. Eliot Appreciation Society, playing over 180 shows in Europe. Seeing Classic Water perform live is a visceral experience. The debut album Concrete Pleasures was recorded and produced by Stacy Parrish (T Bone Burnett, Alison Krauss & Robert Plant) in a 14th century farmhouse in Sweden. 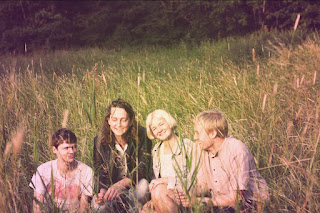 Kindsight is a new act from the Copenhagen indie scene and the first act outside of Sweden to sign with Rama Lama Records (Melby, Chez Ali,  Steve Buscemi's Dreamy Eyes etc.). Last fall, the young quartet released the two very promising debut tracks 'Who Are You' and ' Terminal Daze'. Two warm, nostalgic and atmospheric indie pop songs that got them praise such as "your new favourite band". Now, the slow-burner 'How I Feel' follows and expands the sound of this promising act.

The quartet makes retro-tinged indie pop that is instantly appealing and addictive. Nina's vocals crowns the atmospheric soundscape perfectly and makes Kindsight something that's been missing in Scandinavia for a long time.

Kindsight on 'How I Feel': Nina was once gripped by an overwhelming need to tell the world how she felt. Everyone agreed that it seemed like a fair deal, as she is the lead-singer. A longing ballad with a hazy view was built to heed her demand. But as it turns out, Nina hasn't got a clue how she feels. How I Feel is out now on all platforms via Rama Lama Records. 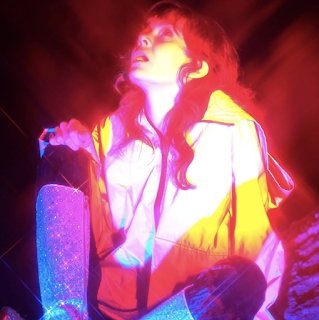 Meg Web who is sharing her new video and single "What's the Logic." The track was co-produced by the legendary Jason Falkner (Beck, Jellyfish), in which he also lent a hand on drums, bass and additional synths. The video was directed and shot by Jessica Calleiro and filmed by Calleiro and Matt Boman.

Meg grew up as a classically trained multi-instrumentalist learning violin, piano, harp, cello, synths, bass, flute, tenor guitar and a recently added marimba. Growing up as a competitive dancer (you can see some of her smooth moves in the video), as well as a softball, basketball and soccer player. Raised in Woods Cross, Utah, until  2009, when she was 16, she completed her GED and fled to Arizona (pretending to be a foreign exchange student from Czechia so she could hang out with her cousin at her school) to escape Mormonism and play shows with her bandmate who lived there.

Meg Shares: “The inspiration was an anti-inspiration-where all hope and trust flew out a window and I was starting from scratch with everything~ ideas about people, the internal and external workings. A question to and about them and myself."

Webb moved to Laguna Beach in 2011 after hitchhiking through, deeming it her personal paradise. There she was a street performer for 4 years, and in Los Angeles,before landing her first commercial. Then she started learning about analog sound engineering in San Francisco. Now back in LA, Meg Webb is in full force with her gorgeous and dreamy blend of indie goodness. Following the exuberant, traditional bluegrass of their last single, Organic Records’ Zoe & Cloyd return with a sweet, original take on another kind of tradition: the enduring theme of a parent’s love. Written and sung by the semi-eponymous duo of Natalya Zoe Weinstein (fiddle) and John Cloyd Miller (guitar), “Paper Crowns” is classically framed in a direct address to their daughter, even as its contemporary language and asymmetric rhythms reveal it as thoroughly modern.

The track is further testimony to the sensitivity of Zoe & Cloyd’s bandmates, Kevin Kehrberg (bass) and Bennett Sullivan (banjo), whose sympathetic playing offers just the right support for the song’s bright imagery of “paper crowns and dancing curls.”

“We started writing ‘Paper Crowns’ on our daughter's fifth birthday, a cold and rainy day in February,” notes Weinstein. “I was feeling nostalgic for her younger years, as five felt like a big turning point in her transition from toddlerhood to school age. Little did we know how much her life (and ours) would change in the coming year, and how the loss of early childhood innocence would be especially poignant as the pandemic set in. But no matter her age and come what may, she'll always be our little girl."

With its celebratory chorus — ”today you’re turning five years young, another ring around the sun” — and sharp eye for details (“muddy boots and tangled hair, pink and purple everywhere”), “Paper Crowns” is just the kind of personal, yet universal song to capture the timeless emotions of parents across the years and around the world 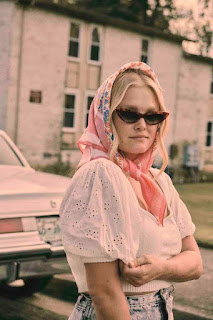 Following the release of her current single “Fillin’ My Cup” (feat. Little Big Town), Whitters has dropped “The Ride” (feat. Jordan Davis), the second track to be pulled from LIVING THE DREAM.

“Jordan Davis took me out on his very first headlining tour when I was only an independent artist. I thought that was a bold statement for him to make, and I am very appreciative of him taking a chance on me,” explains Whitters. “He's one of the key reasons I've been able to say I'm "living the dream", so when thinking about who to collaborate with on this project, he was a no-brainer. I just love his voice and everything he's bringing to the country format.”

“All of the artists featured on this project are responsible for me being able to hang up the apron strings and make music full-time,” says Whitters about LIVING THE DREAM. “The royalties from Little Big Town’s cut on ‘Happy People’ helped pay for part of THE DREAM, Brent Cobb and Jordan Davis were two of the first artists to take me on tour, Lori McKenna and Hillary Lindsey are my two songwriting idols and favorite co-creators, and Trisha Yearwood is one of the first artists that got me excited about moving to Nashville and pursuing country music. I wanted to show fans full circle what ‘living the dream’ looks like for me – from where I started with ‘Ten Year Town’ to the bucket list moments that have resulted since I released my record, THE DREAM. I felt it was important to show them what can happen when you don't give up on yourself.”