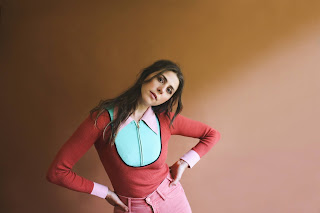 Jillette Johnson shares “Forgive Her,” the latest single off her forthcoming album It’s a Beautiful Day and I Love You (out February 12). Striking an intimately reflective tone, "Forgive Her" is a meditation on breaking cycles that asks us to show compassion and acceptance towards ourselves and others. Audiofemme featured the track this morning, saying “The song opens with gentle chanting and piano chords that pull at your heartstrings, then escalates into angelic singing reminiscent of a parent teaching a child.”

"This song was inspired by the complicated dynamics of mother-daughter relationships, and the importance of generational healing,” explains Johnson. “It’s about nurturing and embracing the hurt parts of ourselves, and recognizing that we are all just little kids trying to connect with each other and feel ok.”

Produced by Joe Pisapia and written entirely by Jillette, It’s a Beautiful Day and I Love You injects her intimate, piano-written songs with irreverent lyrics, buoyant pop melodies and a shot of guitar-driven, alt-rock muscle. The album has already garnered early acclaim from American Songwriter, Refinery29 and Rolling Stone, who describes the debut single “I Shouldn’t Go Anywhere” as “a spaced-out trip that recalls Harry Nilsson or Elton John at his most decadent.” Johnson has released three other singles – a rollicking ode to exes named “Annie,” an irreverent meditation on acceptance aptly titled “What Would Jesus Do” and a kiss-off to past relationships called “Graveyard Boyfriend.”

At the end of 2020, Johnson shared the first two songs from her upcoming OurVinyl session, including a haunting rendition of the Oasis classic “Champagne Supernova” as well as a stirring performance of “I Shouldn’t Go Anywhere.” She also recently launched her “Artist Brain” interview series, featuring intimate acoustic performances and conversations with other artists including Jaime Wyatt, Molly Parden, Aaron Lee Tasjan and Elle Varner. Airing live on her Instagram every other Thursday, Johnson welcomes Maggie Rose for the next episode (1/21), with more guests to be announced. 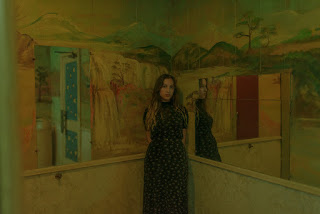 The first single, "Fast One," from Lafayette, Louisiana musician Renée Reed's self-titled debut album due March 26, 2021 via Keeled Scales, has just been shared.

Self-labeled "dream-fi folk from the Cajun prairies," Renée released her first two songs in 2020-- "Out Loud" in May and "Until Tomorrow" in July, which Gorilla vs. Bear described as "an effortless, inspired union of the haunting folk music that Reed was raised on and a lilting, lost '60s French-pop gem."

Renée's statement on "Fast One" and her album:

"Full of anger over the shallow, shitty behavior of certain acquaintances I’ve had over the last few years, people who assume they know more about me than I do. But I leave things open to change and growth."

"This album is a collection of songs about toxic relationships, seeing ghosts, ancestral baggage and blessings, and daydreaming about love. It is about certain feelings and experiences I’ve had over my life coming to fruition in the past three years. It was all made on a four track recorder at home, in a place and in a way I feel most natural, and I believe that quality comes through in the sound." 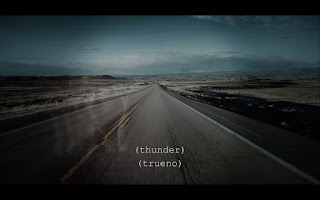 Still Corners will release their 5th album on 22nd January. Following on from the huge acclaim they have received for their previously shared singles ‘Crying’ and the record’s title-track, Still Corners have now released ‘White Sands’ from their highly-anticipated fifth album THE LAST EXIT, out on 22nd January 2021 via Wrecking Light Records.

A desert-noir soundtrack in miniature, ‘White Sands’ tells a classic ghost story of a phantom who roams the dunes and highways scaring travellers as they cross the land. Tessa Murray croons over a quick beat, clean-tone guitar and shimmering atmospherics.

The Last Exit will be the 5th album from Still Corners after a 13-year career that started back on Sub Pop Records in 2007. 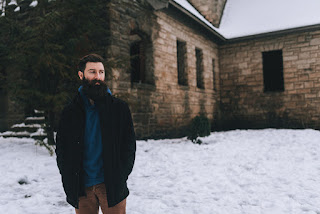 Indie-rock singer-songwriter and pianist Rob Kovacs debuts the new single, “Bitter Memory.” The song is the latest offering from Kovacs’ forthcoming solo debut album, Let Go, to be released on February 12th. With its ambitious compositional palette and hauntingly potent songcraft, the album affirms Kovacs as a fully focused and steadfast artist, evincing a commitment and creative persistence rarely seen in our ever more short attention span society.

Let Go tells the story of one relationship, in chronological order. “The songs are about love, longing, loss, desire, confusion, acceptance, pain, the struggle to let go – all that fun stuff,” Kovacs states. “Bitter Memory” concludes the album, and reflects the struggle to move on. It was written after Kovacs received an email from the ex-love that inspired the album. “Every so often she’d reach out and it’d bring me right me back. I felt weak and powerless and, in turn, angry. The reality though, which I didn’t want to admit, was I still longed for her. Seeing and reading her messages felt good. I still hadn’t let go.” Musically, the song has a different feel from the rest of the album, complete with being in a different key, indicating that things have changed over time. “There is no chorus,” Kovacs elaborates. “Just a repeating pattern of chords that last longer and get more intense with each repetition until reaching a boiling point and release and ending in the soft, resigned ending.”

Named “Best Pianist/Keyboardist” by the Cleveland Free Times, Kovacs has been widely hailed for his shape-shifting musical experimentalism, spanning history-making classical feats and audacious recreations of videogame soundtracks to crafting mesmerizing indie rock both as bandleader and now, at long last, solo artist. Kovacs has invested more than a decade in the creation of this solo debut, a brave and bittersweet song cycle written in the years following an intensely impactful romantic relationship and then recorded over an even longer span. 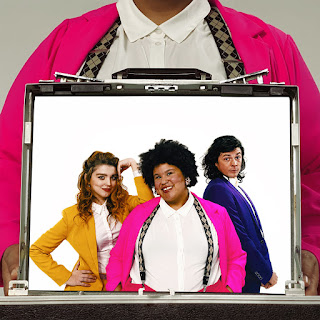 Bandits on the Run - We Battle Giants.

Bandits on the Run, the NYC-based indie-pop trio anchored by three-part harmonies and unique instrumentation, announce their forthcoming EP, Now Is The Time, dropping 5/7/2021, with the release of the new single, “We Battle Giants".

In 2020, the Bandits were poised for some of their biggest performances yet - as official SXSW artists, as well as at The Kennedy Center in DC and New York’s Webster Hall - and vocalist/guitarist Adrian Blake Enscoe was slated to appear in Swept Away, the musical based on the music of The Avett Brothers. Like most of the world, they saw their plans quickly deconstructed when the COVID-19 pandemic struck.

However, in true Bandit style, they immediately started looking for ways to find the silver living. “As Bandits, we’ve always tried to be bearers of light, positivity, and community,” explains Regina Strayhorn (vocals, accordion, melodica, assorted toy instruments). So, after sequestering themselves in North Carolina finalizing new material, they took a socially-distanced road trip west to record at the famed Bear Creek Studio in Washington State, with producer Ryan Hadlock (The Lumineers, Brandi Carlile, Vance Joy).

“Having Bandits on the Run out to Bear Creek Studio was a really wonderful experience,” Hadlock says. “Their songwriting and interwoven vocal harmonies are beautiful and inspiring. Working with the Bandits on these songs during the pandemic this summer was definitely a bright spot in an otherwise difficult and dark year.” Of this latest single, he continues, “When I heard the demo for ‘We Battle Giants,’ I was like, ‘PLEASE let me produce that song.’ I just love the way their three voices lock in during the chorus. The Bandits are a powerful and inspiring colorful trio of magic.”