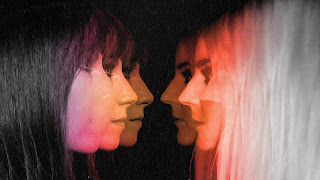 Wyndow is the brand-new psychedelic-pop project of revered singer-songwriters Lavinia Blackwall and Laura J Martin. Today, the duo has announced their collaboration via the sharing of astral new single ‘Take My Picture’ alongside the news that they are working on an album together.

The pair first met whilst playing on the same bill at Moseley Folk Festival in Birmingham and hit it off instantly over a shared love of the music of Robert Wyatt. Over the years that followed, their paths crossed several more times, Lavinia and her partner collaborated on new material with Laura and Laura contributed flute parts to Lavinia’s debut solo album in 2019. “As the world took a nose-dive, I wanted to lose myself in a new project” explained Laura. “I was listening to Japanese environmental music and wanted to present those atmospheres alongside two voices. I mentioned it to Lavinia, and we formed a plan to start working on a cover.”

“We collaborated on a cover of Robert Wyatt's song 'Free Will and Testament. After recording, it felt like we’d found a new combination and we wanted to develop it further, so we continued sending ideas back and forth” explained Lavinia.

To while away the hours in a closed down country, the pair began working on a new set of songs together. Writing and recording separately, with contributions from Iwan Morgan (Cate Le Bon, Meilyr Jones, Euros Childs) and Marco Rea (Euros Childs, Alex Rex, Lavinia Blackwall), it was a completely new process for both artists. “I see this project as a set of musical postcards sent across the wires from Liverpool to Clydebank” says Laura. “The cards arrive rain damaged and dog eared on the other side and end up in new fantastical shapes”. ‘Take my Picture’ the ethereal first cut, talks of shadow lives and half stories. Fragments of time filtered through a celestial lens.  With ‘Take My Picture’, Laura J Martin and Lavinia Blackwall build enveloping soundscapes around winding serpentine voices. Pulse heavy minimalist piano lines provide a bed for vertiginous flute solos, multi-tracked bass, bouzouki and autoharp to intertwine, in wild combinations. “My 4-year-old nephew described it as a nightmare, which I took as a compliment” joked Laura.

Wyndow’s new sound is an exciting next step for the duo, both of whom have enjoyed abundant success in their careers to date. Laura J Martin has so far released three critically acclaimed albums. Her latest, ‘On The Never Never’, was recorded in Nashville with members of Lambchop, Silver Jews and Jesus Lizard. A mercurial and bewitching live performer who interweaves layers of vocals, flute, mandolin and electronics; Laura and her band have toured regularly across the UK and Europe and supported acts such as PJ Harvey, Teenage Fanclub, Cate Le Bon and performed and collaborated extensively with Euros Childs. Lavinia Blackwall’s work with prolific Glaswegian psych-folk outfit Trembling Bells has earnt her a reputation as one of the best voices in the scene, many critics having likened her singing prowess to that of Sandy Denny. Along with Trembling Bells she has released seven full-length albums and performed as the backing band to folk legends Bonnie Prince Billy and The Incredible String Band’s Mike Herron. Her 2020 debut solo album ‘Muggington Lane End’ was extremely well received by the press. 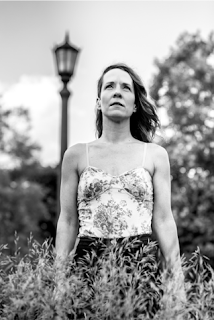 Katey Morley has released her eagerly anticipated EP “Hearts & Heads & Thoughts & Deeds” on Jan. 1st, 2021. This five song gem opens with a euphonious and bombastic Folktronica tune, ambles through Country Noir to end on a haunting piano ballad that you won’t soon forget.

The single “Little Man” will be released on Jan 19th, but you won’t find it on most of the major streaming services. The Canadian singer-songwriter is taking a stance: “My wish for 2021 is the healing of the music industry, and I believe it starts with releasing music only to services that support and pay musicians fairly.

I can no longer gripe about being exploited by Spotify, yet continue to give my music to them.” She also believes that consumers are starting to understand how streaming negatively impacts music creators, and they too have begun to demand a fair alternative to support their favourite independent artists 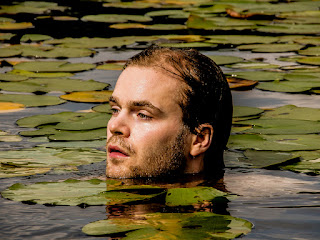 Sturle Dagsland – Sturle is sharing his new single “Dreaming” today and I wondered if this single/album might appeal for support at Beehive Candy?

He has his self-titled debut album release out on February 5 and we've got some support in the pipeline from Bandcamp Daily, MOJO, Under The Radar Magazine, etc so far. It's a pretty diverse record with some very heavy, wild parts and other much more ethereal sections – this latest single, “Dreaming”, is definitely a cornerstone of the latter with hints of Björk, Sigur Rós and FKA twigs shining through. It was actually recorded in a lighthouse off the coast of the North Sea using South American flutes.

A bit on Sturle – Sturle's got a unique sound that blends the world of experimental-pop with avant-garde and metal. Areas of the new record touch on the intensity of Death Grips and Sunn O))) whereas others point towards flamboyant pop experimentalism. Sturle has just been announced for a string of Spring 2021 dates opening for Finnish act, Oranssi Pazuzu; previously he has performed at Iceland Airwaves, SXSW and Tallinn Music Festival. In recent times he's done some film scoring for the award-winning animator, Eirik Heggen.

Sturle helms the project with his brother, Sjur, and following previous tips at The Quietus, Drowned in Sound, and Vice, they put the record together over the last couple of years, using over 40 different and unique instruments to create the sound – more details on these in the press release below, but they include Zimbabwean finger harps, Armenian duduks and Norwegian billy goat horns. Themes on the album reflect the duo's culture and ancestry – Norse Paganism arrives on "Blot" whilst "Noaidi" references some of their mother's indigenous Sami roots. The record was recorded at a number of different locations, these include abandoned industrial estates in Russia, Soviet Navy ships in Eastern Europe, a remote lighthouse in the North Sea, and the Norwegian mountaintops. 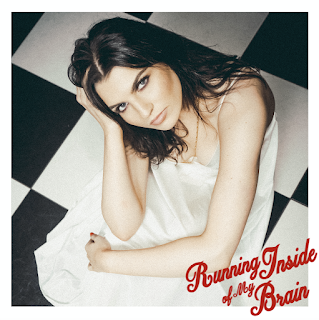 Erica Knox - Running Inside Of My Brain.

I'm super excited to share "Running Inside of My Brain" with you. Produced by Kadeema's Tal Vaisman, the song is available now on all streaming platforms.

Inspiration for this song came from a relationship that wasn't meant to be. Start to finish, there were so many red flags and obvious signs that were ignored. I'm always looking for that fairytale ending, hoping that even when it's unrealistic, it will somehow work out. And I wanted that so bad with this person, but it just wasn't happening, no matter how hard I tried. Although this person was wrong for me, I still had to grieve the relationship, and accept that I have to surrender to these feelings until they've fully healed.

I reflect on that time after a breakup where even after you've made peace and come to terms with it, something brings you back as if it happened yesterday. You relive it all, imagining what that could have been, and everything that went wrong.

"Running Inside of My Brain" serves as a reminder that you've gotta put yourself first when it comes to love. It's not worth losing yourself to be with someone else, no matter how good the ending could be.
Erica Knox · Running Inside Of My Brain 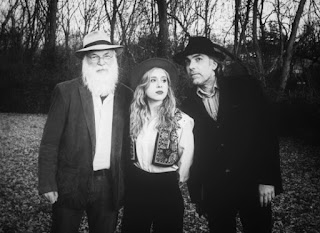 If the futile longing to reach back through memory and grasp what is in the past could be set to music, it would sound like Whispers and Sighs. Over the course of 13 tracks, David Olney and Anana Kaye manage to craft a journey that amounts to far more than just another Americana album. This is to be expected with Olney, an acclaimed songwriter responsible for more than 20 solo albums and songs covered by and/or co-written with the likes of Emmylou Harris, Steve Earle, and Linda Ronstadt, among many others. Further, just as Townes Van Zandt reportedly saw something special in him, Olney felt a similar admiration and kinship towards Kaye, a smoky-voiced Americana darling whose star is assuredly on the rise in Nashville, and her husband and musical partner Irakli Gabriel, both of whom are originally from the country of Georgia.

On Whispers and Sighs, due out March 26, 2021 on Schoolkids Records, the pair create a unique, sonic landscape that blends the haunting sensuality of European music with the raw intimacy of Americana, weaving raucous, unapologetic rock anthems like “Lie to Me, Angel” and “Last Days of Rome” with sparse, introspective ballads such as “Tennessee Moon” and the record’s title track. All of the songs were written by the trio of Olney, Kaye, and Irakli. In addition, longtime Olney collaborator and hit songwriter John Hadley earns co-writing credits on a few.

Brett Ryan Stewart (Wirebird Productions) produced and mixed the record at his studio in Nashville. Stewart is another rising star in his field, having garnered Grammy consideration for projects he’s helmed, along with notable TV and film placements. Richard Dodd, recipient of the Best Engineer Grammy Award for Tom Petty’s Wildflowers, mastered the project. Whispers and Sighs features an impressive array of Nashville musicians and vocalists — perhaps most notably Olney’s long-time musical collaborator and bassist Daniel Seymour, and bassist Chris Donohue, who has worked with such artists as Emmylou Harris, Robert Plant, and Elvis Costello.

All in all, Whispers and Sighs is an Americana record that explores what it means to be human. Over its course, Olney and Kaye take turns leading the listener through intimate self-portraits, myths, and tales of historical fiction, all in an effort to illustrate the various devices we use to cope with our own impermanence. Though the project deals heavily in weighty, existentialist themes, the prevailing message proves to be a celebration of human connection, friendship, and love. As Olney put it in 2019, “We have no idea where the songs come from, but they bring a peace of mind like an old photograph of home. Wherever that may be.”

And while it’s hard to escape the seeming cosmic significance of the album as posthumous Olney release, at no point does this create the air of morbidity; rather, it lends the project a bittersweet ambiance. According to Anana and Irakli, mere moments after hitting save on the final mixes, the phone rang with news of David’s passing. This seems tragically fitting; for what is found on Whispers and Sighs is a collection of songs into which two artists and friends clearly poured the full extent of their souls. Within it is an undeniable reminder that David Olney’s extraordinary legacy can never fade, while Anana Kaye’s star grows deservedly brighter by the day.