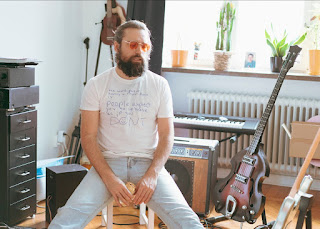 Jo Yonderly - Dead inside the inside.

The long time missing underground artist Jo Yonderly has finally been found! After years of searching, the man behind the mystical and enchanting demos that reached the Rama Lama HQ some time ago have been tracked down in Malmö, Sweden.

This with great help from Djoana Djones who is currently making a documentary about the journey, the first teaser is available to see here. ‘Dead inside the inside’ is the first track to reach the public’s ears from a forthcoming debut album.

‘Dead inside the inside’ is something you’d imagine to be a classic, but hard to define from what decade, or is it even from the future? It hits you right from the start and as the title line echoes in eternity you really get the feeling of being “dead inside”.

We asked Jo Yonderly to describe Dead inside the inside for this press release and he said: "I generally don't like blogs and papers, and so it evens out, but if you have to quote me, tell them it's about the abscense of mental health".

Dead inside the outside is out now on all platforms through Rama Lama Record. 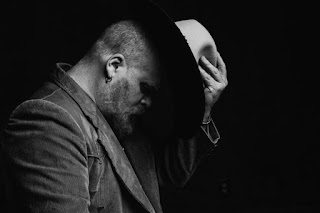 Mark Elliott - Talk to Yourself.

Mark Elliott's “Talk to Yourself” The Runaway Home member’s latest single begins with a mellow guitar intro evocative of Chris Stapleton’s Jazzmaster on “Tennessee Whiskey.”  The groove will immediately bring you into the bluesy, guitar-forward, country space occupied by Keith Urban’s “Blue Ain’t Your Color” and Hunter Hayes’ “Rainy Season.” However, “Talk to Yourself” is far from a sad song about a downhearted girl or a failing relationship.

It’s a heartfelt, comforting waltz that reassures you “it’ll all work out if you try” and treat yourself like a good mother or kind friend would. With his earnest, soulful voice, Elliott comes across as exactly such a figure. Accompanied by American Idol alum Melinda Doolittle, the Americana singer-songwriter delivers just the track we need to help us recover from a long and hectic year.

Mark Elliott is a Nashville-based singer, songwriter, author, and principal vocalist/guitarist for the Americana band Runaway Home. He has written for some of Nashville’s top publishing houses, including Sony-Tree, Maypop, and Bluewater Music. He’s a winner of the coveted Kerrville New Folk Award and had songs covered by both indie and major-label artists. Mark’s book, The Sons of Starmount: Memoir of a Ten-Year-Old Boy, is out in paperback and audiobook. 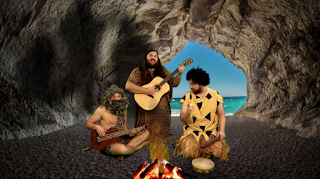 Turkey The Bird, the band feat. Andre Manella from Switzerland is on guitar, is New Zealand's answer to Simon & Garfunkel (if & was a musician too). They write catchy folk songs with stunning rich melodies. Songs that tell uplifting stories about love and life. You can hear them on their new single 'Cave Rave'. But this time, life proved its quite dramatic side.

Cave Rave is based on a true story. It's a song about a sailing trip through the Pacific in 2014, when their boat «Sol» was hit by a storm. The trio remembers those days in serious trouble: «Our yacht was beached and scrapped. Whilst waiting for rescue, a number of small people gave us refuge in their dwelling. It was a home carved by hand into the side of a cliff, and this is a song in their memory.» 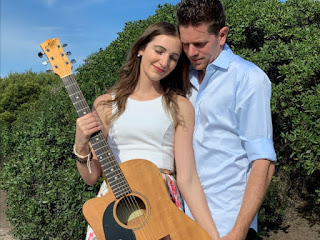 Souly Us - Everything Has Changed.

Rising Australian country duo Souly Us have released the music video for their latest single “Everything Has Changed.” The video, which features gorgeous scenes of members Ben and Kate performing on the Aussie shores, made its Australian debut on MTV and CMT last night. The corresponding single was recorded by the couple in lockdown and was released this past December on all digital and streaming platforms.

“Everything Has Changed” combines the duo’s signature country sound with a strong indie influence to create a truly unique and captivating soundscape. The song opens up with bright acoustic guitar and clean electric guitar accompanied by a locked-in rhythm section. Kate’s vocals provide a beautiful and soothing melody to complement the instrumentals. Considering how mellow the beginning of the song is, it feels fitting that the corresponding scenes of the music video are set in the couple’s home.

The chorus finds the 2020 Akademia Music Award winners barefoot on the rocky beaches of their hometown singing about how “everything has changed.”

“We are from Inverloch, a beautiful coastal town in southern Victoria, Australia. Living by the beach has definitely had an influence on the music we create, especially lyrically. We often speak of beach surroundings and we even go there to write sometimes! It’s amazing the inspiration that comes to you just by sitting there, breathing in the ocean air and watching the waves hit the shore.” - (Ben Mawdsley, Souly Us) 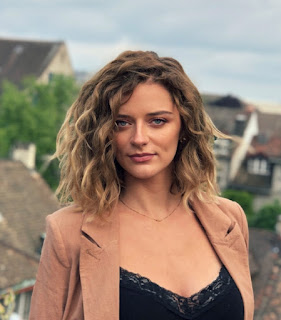 Her last singles made it into the playlists of various radios, even abroad. Now Zurich-based Loumy is following this success with «What I Need», her intense dreampop-inspired ep. Rarely you hear such intimate and dreamy music coming from Switzerland, in the feel of Heather Nova.

«What I need», the leading-song of the ep, is about self-sabotage and represents a conversation between Loumy's reasonable, rational side and her emotional, impulsive one. While the emotional side has known for a long time that certain things are not working, she still is holding on them, looking for reasons and explanations. Meanwhile all rational warnings are set to fail.

Loumy's career started writing her own songs at the age of 15. Soon she founded the duo Tales of Two with a friend. First concerts and an EP followed. For three years now Loumy has been pursuing her solo career, which led to the release of her first single «December» in 2019.

Winning a singer-songwriter competition of HoneyBee Records, Loumy got the chance to record one of her own songs with five other artists in early 2020: «Moonlight» once marked the beginning of her career. One she's now continuing with her new ep «What I need». 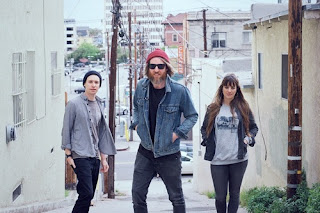 Acclaimed UK band William The Conqueror announce their new album Maverick Thinker will release on March 5th through Chrysalis Records. The band also shared their new single "Quiet Life," a charming, slow-building lament that broadens out like a rolling landscape with a fuzz and crunch that gets toned down for something altogether more reflective.

Of the new single, frontman Ruarri Joseph stated, "With 'Quiet Life,' we wanted to step outside the sound of the trio and build some walls, add some layers for this one. It's a trippy, fuzzy wander down someone else's memory lane, so we went cinematic."

"The video is a time capsule of a very strange morning back in March 2020," he continued. "My friend and filmmaker Luke had just arrived in LA from Sydney to shoot some super 8 of us in the studio, but as soon as he arrived, the studio shut down and we all had to leave. We had a few hours before our new flights, so we headed to Venice Beach thinking it'd be a cool, buzzing place to get some shots and turn some film over. I guess having been in the studio bubble for the past week, we hadn't had a reference for this 'pandemic' we kept hearing about. Wandering around an empty Venice Beach was a rough landing for sure. Consider the bubble well and truly burst. And full props to Luke for flying from Sydney to LA and back in the space of two days and not complaining once (at least not to us anyway)."

Maverick Thinker was recorded out in LA (alongside producer Joseph Lorge) at the legendary Sound City Studios right ahead of last year's March lockdown, and put the band behind the glass and treading the same carpet as Nirvana, Johnny Cash, Neil Young, and Fleetwood Mac. A cursory listen to this new record suggests they might well have inhaled the spirit of them all. But to compare them with the greats does the West Country's William The Conqueror a disservice for they sound unlike any of the above. These are slinky, swampy rock 'n roll songs, razor sharp, dripping with the blues and an oft sardonic vocal delivery by Ruarri, the band's songwriter chief and lead vocalist. Written in the English countryside, it's made for sticky basement bar room stages where they dare to come alive with a vision of bigger rooms and broader stages. Taking that zest to tape has lost none of that fervour. 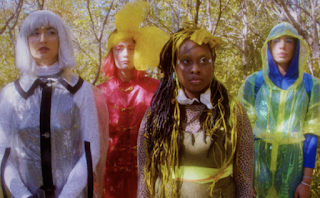 Max Heart explores what happens when we let go of what doesn’t serve us in order to leave space for the blessings that do. The album’s ten vibrant and subtly layered tracks of mesmerizing psychedelic synth pop (co-engineered with Luke Temple) were birthed from the band’s practice of listening and accountability, rejoicing in their queerness, and promoting each other to be their most genuine selves. Max Heart is a portrait of badass women harnessing their improvisational magic.

Max Heart is available to pre-order on standard black & "Salty Pickle" green vinyl, as well as on compact disc and digital formats here. The album will be available on "Red Marker" red vinyl exclusively from local indie record stores.