Sunglasses For Jaws - Walk Me Home.

London duo Sunglasses For Jaws have announced details of new album Everybody's Made Of Bones with the release of new single "Walk Me Home". Creating widescreen, psychedelic instrumental music as a production duo since 2017, David Bardon and Oscar Robertson are branching out with their fourth full-length album, Everybody's Made Of Bones - out June 3rd via Pony Recordings.

Produced by Charlotte Kemp Muhl at (her partner) Sean Ono Lennon's studio in upstate New York, and mixed by Elliot Heinrich (Temples, Sorry, Parquet Courts) duo also recruited vocalist and actor Olivier Huband to join the band for the new album - taking on a new character of his own for the project - Frank.

"Frank is a deluded paranoid schizophrenic, essentially,” the band explain. “He believes that he's in a film, but he's not, just like everyone thinks that they're in a film in their own head. Really though, it's a man having a nervous breakdown. It's an exploration of method acting and having an existential crisis in this role you're playing. It's a bit meta and in the rabbit hole!"

As a trio, the band’s music took on a largely new shape, weaving Huband's hushed singing and spoken word narratives through their already vivid, colourful musical landscapes. "Sunglasses For Jaws is our vessel to experiment and make any kind of music we want to," the duo – who also produce for the likes of Miles Kane – explain. “This time we've given it a lot more intention and thought, and we wanted to create an entire little world.” The story and struggles of Huband's character 'Frank' are manifested magnificently across the sprawling, kaleidoscopic album while on opener and new single "Walk Me Home" the lyrics specifically zoom in on temptation and its potential consequences.

Speaking on the track, the band said: "The concept behind the song is that of temptation. Of making a decision that could have disastrous consequences. But, just as Eve plucked the Apple from the Tree, we want to take our own risks and taste our own apples. And those risks seem even more exciting when they’re forbidden. Who knows what could happen. What could change. How you could feel. You’ll never know unless you try it. So I’d just say this: don’t go home with strangers... unless you want to." 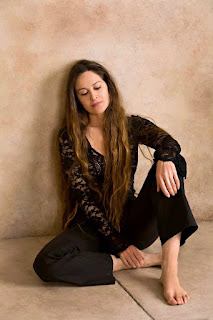 Diane Arkenstone - Beyond the Golden Sea

Diane Arkenstone, for over 20 years a pioneering musical force in a variety of genres, has kicked off a busy 2021 with the release of a new single and E.P both titled Beyond the Golden Sea via her label Neo Pacifica Recordings.

Best known for her soulfully meditative and heartfelt instrumental recordings, the 6-song EP contains new vocal work that evocatively merges her many musical muses—from guitar-based songs to sensual, beat-driven work.  “Beyond the Sea” in particular takes the listener on an exotic trip to Zanzibar—one that she had planned and had to miss due one of her many heart surgeries.  The effortless exoticism of “Beyond the Golden Sea,” which also features contributions from David Arkenstone, is truly transportive.

Says Arkenstone of the single: ‘While recovering from heart surgery, some of my family travelled overseas and I was unable to go along with them. They sent beautiful photos of Zanzibar, so I wrote a song imagining all the magic and wonder they experienced, and ‘Beyond the Golden Sea’ was born. The song took me so far away, that it felt like I was right there in Zanzibar. And it still does.” 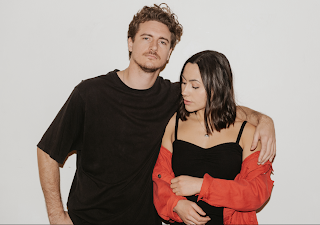 Nick Babcock and Laila Kharouba make up your new favourite pop duo, Your Paris. Praised for their poignant lyrics and on stage chemistry, they’ve been told that even while singing about heartbreak, they make others want to fall in love.

Their pop tunes are fresh yet familiar upon first listen, and have been compared to Julia Michaels and Scott Helman. Since their commencement at the start of 2020, the duo has made a splash in the Ontario music scene.

They’ve opened for Toronto indie-rock band Birds of Bellwoods, have been featured by many media outlets including Global News and CTV’s Your Morning, and have organically grown their Spotify audience to over 16,000 monthly listeners.

Their last single “Rooms” reached new listeners after being placed on three Spotify editorial playlists:“New Music Friday Canada”, “It’s a Bop”, and “Fresh Finds: Pop”. They are determined to stay in the honeymoon phase of their career: in love with, and inspired by their music.