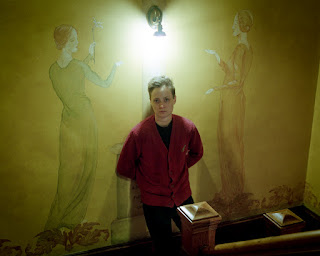 Mo Kenney - Hard On You.

“Hard On You”, the third release from the upcoming Covers record, is one of the sparser offerings in Mo Kenney’s series of cover songs, and for good reason. A staple of and standout in the wildly prolific Daniel Romano’s songwriting quiver, the tune conjures a frustrated snarl, giving hell to someone who’s overstayed their welcome.

Kenney’s lonesome, unadorned version captures the psychic exhaustion of dealing with human fallibility and protecting loved ones, using nothing but earthy acoustic fingerpicking and her weary, raspy voice.

“Hard On You” follows “Game of Pricks” (“a fittingly stripped-back and haunting number for these times” says Indie88) and Mo’s lonesome Patsy Cline classic “You Belong To Me”. Says Kenney of “Hard On Your”, “I’ve been a big Daniel Romano fan since I first heard this song. It was so nice to hear a modern country song that was reminiscent of the old stuff. The songwriting is so good, I was excited to strip it down so the lyrics really shine. Recorded in front of one mic at the New Scotland Yard.” Mo continues to perform when and where possible.

Mo Kenney · Hard On You 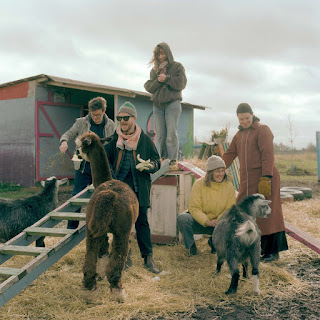 In December, Toronto's Bernice announced their forthcoming LP Eau de Bonjourno, the follow up to their celebrated 2018 LP Puff: In the air without a shape. Now the band are sharing the album's second single "It's Me, Robin".

"This song for me, lyrically, was an exercise in trying to be as blunt and transparent as possible with myself," Bernice's leader Robin Dann explains to NPR's Bob Boilen. "It starts out in a non-poetic way: "it's me, Robin. you don't really know me. I thought if I just expressed this you might let me be me" - which I think is a universal desire. We all just kind of want to feel permission to exist, unconditionally, not based on any career milestones or whatever personal successes or failures. We want every life to inherently have value. This song, in a really playful way, (referencing ducks and potatoes) addresses the not-so-straightforward feelings that we have in life, but ultimately asks the big question, who are you? We’re all just in this beautiful, endless search for joy."

Eau de Bonjourno is the Bernice's first collaboration with producer Shahzad Ismaily, the acclaimed multi-instrumentalist who has worked with artists as varied as Laurie Anderson, Lou Reed, Elvis Costello, Iggy Pop, John Zorn, and Bonnie ‘Prince’ Billy. While their genre reconstruction remains distinctly Bernice, Dann’s lyrics bring a newfound focus to storytelling in the present moment, compassionately meeting ourselves where we are, and finding joy in spaces that are familiar but ever changing.

Eau de Bonjourno, according to Dann, “openly plays with the shape of a pop song,” drawing on the band members’ backgrounds in jazz, subverting rhythmic formulas, and resting in grooves that sit just outside of predictable. Instead of letting instruments take extended solos, the tone is set on opener “Groove Elation” with brief blurts of synthesized sax, patient passages of space, or clusters of beats, tenderly held together by Dann and Williams’ intimate vocals. The album’s sound is experimental in its truest definition, chopped up like musique concrète and then delicately placed back together with the loving touch of a scrapbook collagist.

“We have an impulse to open doors that you might not expect, and that translates from groove to melody to lyric,” says Dann. “Phil and Thom have this strong aversion to building a beat that sits there in front of you and does exactly what you expect it to do. We come out of so many musical traditions and are trying to make something that’s not a direct descendent of any of them. We’re trying to make the music that feels like us right now.” 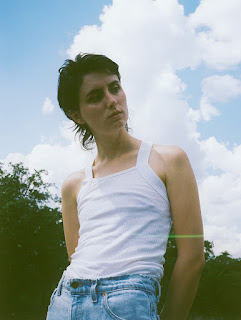 Kirby’s ability to blend wit with heart over inventive, affecting melodies has positioned her on shortlists for the most anticipated albums in 2021 by Vulture, Vice, Stereogum, The Line of Best Fit, and Paste Magazine. Today’s release follows ”Traffic!,” a buoyant rumination on privilege, as well as ”Cool Dry Place,” a clever flip of the Tylenol package advisory into a plea for human compassion and acceptance. Bob Boilen of NPR All Songs Considered has praised Katy for ”putting her own twist on pop” and tastemakers at Consequence of Sound, Under The Radar, Earmilk, Austin Town Hall and more have echoed enthusiasm.

Says Katy: This is a song about motherhood, mostly. It sometimes seems like there’s far more material written on how dads can be terrifying and awful, or everyone is just less surprised about it. I’m uncommonly open and close with my mom, (and she’s asked several times if it’s about her — if you’re reading this Lisa, I swear, it’s not!!), but I was trying to work out how many distinct ways that sort of dynamic can uniquely harm. I wound up thinking a lot about vacancy, sort of how abandonment can happen even if someone technically sticks around. I heard Greta Gerwig say in an interview about Ladybird that “nobody doesn’t have a complicated relationship with their mother.” That feels pretty reasonable to me as far as super-broad statements go, and is maybe (probably) part of what scares me to death about raising a kid.