KIM HON explain the origin of ‘Bach o Flodyn’: “The riff and song were formed as a result of watching a documentary about Robert Johnson, and then we tried to emulate his acoustic guitar skills. Of course, we didn’t get to play anything like Johnson played but this song was born as result anyway”

As with every KIM HON release you don’t know what to expect and are always taken on an unexpected journey towards the uncharted horizon.

‘Bach o Flodyn’ is the sun setting on a joyous imaginary festival field, bathing the audience in a golden warm rays. The stars come out one by one to the hypnotic bluesy groves of KIM HON at their most magical. 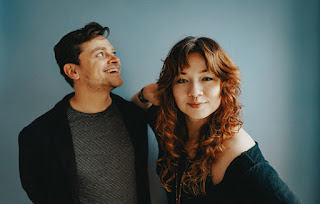 The Sea The Sea - Stumbling Home: Oil on Paper.

Innovative indie-folk duo The Sea The Sea – frequently lauded for their immaculate vocal harmonies and unusual arrangements – has had a particularly fruitful 2020. Comprised of Chuck and Mira Costa, the duo released four highly acclaimed singles before dropping their damn-near-flawless full album, Stumbling Home, during the dwindling days of summer.

Now, The Sea The Sea is starting out the new year by releasing “Stumbling Home: Oil on Paper,” the official video for Stumbling Home’s title track.  And the video is something to be admired.

Directed and painted – yes, painted – by Zachary Johnson of The Made Shop, the video uses the rotoscope technique and brings a series of stunning oil paintings to life. “The technical feat of this film is less the massive number of oil paintings but in the incredible meticulous way they’ve all been conceptualized and arranged musically with the song,” describes Chuck.

The Sea The Sea previously collaborated with Johnson to create the video for the song “Waiting,” which appeared on the band’s 2014 debut album, Love We Are We Love. “We’d been waiting for the right moment to collaborate with Zachary and the Made Shop again since making video for ‘Waiting,’” explains Mira.  “And there was something about ‘Stumbling Home’ that kept eliciting images in the style of his paintings, so we immediately reached out.”

Rather than using the continuous motion that characterized the video for “Waiting,” Johnson wanted the video for “Stumbling Home” to focus more on fleeting moments, lit up and frozen in fading vignettes, while still maintaining the sense of a roving camera eye.

“We eventually came up with idea of painting various people, unmoored from their surroundings, each passerby an individual moving against an inky emptiness of black,” explains Zachary.  “We couldn’t be more thrilled with the way this turned out,” says Mira. 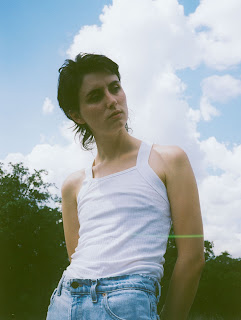 “Portals” is Kirby’s gentlest offering to date, an off-kilter introspection at a relationship’s end: if we peel apart / will we be stronger than we were before / we had formed ourselves together / in a temporary whole / and if we reunite, will we still know / the things that we had learned before? / we’re not boxes, doors, or borders / we were portals.

Kirby’s ability to blend wit with heart over inventive, affecting melodies has positioned her on shortlists for the most anticipated albums in 2021 by Vulture, Vice, Stereogum, The Line of Best Fit, and Paste Magazine. Just last week, Kirby was spotlighted in an extensive profile by VICE’s Noisey Next, who hailed her upcoming album as “the best debut album of 2021 so far.” Bob Boilen of NPR All Songs Considered has praised Katy for ”putting her own twist on pop” and tastemakers at Consequence of Sound, Under The Radar, Earmilk, Austin Town Hall and more have echoed enthusiasm.

Says Katy: I’ve always been uneasy with the idea of alternate universes, or realities. Even choose-your-own-adventure books used to stress me out. I wondered if it might be equally interesting and more helpful to consider “alternate universes” something as simple as other people. Around the time I wrote this song, I had been considering what I’d retain from a relationship if or when it ended—what I might be left with in the long run, after it didn’t hurt anymore. I realized that it’d be an alternate version of myself. Hell, how many parts of whatever I call a self aren’t even accessible without a particular interaction? “Portals” is me thinking about the alternate, purely interior worlds that slide open with each person/universe we intersect with, and if what we think of as “closeness” to that person has anything to do with what gets opened. 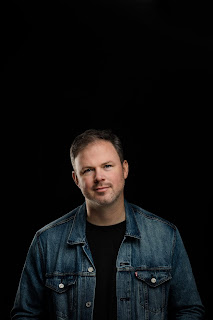 POSTDATA, the solo music project of Wintersleep frontman/songwriter, Paul Murphy, is to return on March 5, 2021, with his third record, Twin Flames (out via Paper Bag Records). Murphy is today sharing the visual accompaniment for the recent single, "Nobody Knows."

Described by The Guardian as "a song that sounds as if it’s surfing an avalanche on a copy of Rumours," "Nobody Knows" is an infectious late night kitchen-party acoustic number that finds Murphy rhyming off a laundry list of his faults and failings: “I’m not good when the party’s packed/I’m not good when there’s nobody left/I’m not good when I’m all by myself, I fear for my health.” The accompanying video, directed by Chris Mills, comes part-inspired by the general weirdness surrounding performance videos and the act of trying to capture that live energy in an often empty room. Murphy and Mills here have taken the idea and twisted it into a dystopian, pandemic world where performances take place in hazmat suits and at obscure, outdoor locations.

Speaking about the video, Murphy says: "During the first lockdown, when I was gearing up for planning the video, my brother Michael and I were talking about performance videos and the general weirdness of them, but then about how it’d be kind of interesting to try one with all the COVID protocols in place. So, I think it started as a dystopic idea for how shows in the future would be or something to that effect. Chris loved the idea and thought he could expand on it with different visual techniques. We made some dialogue for it. Planned out scenes. The only issue is that we couldn’t travel to actually be in the same room to do it."