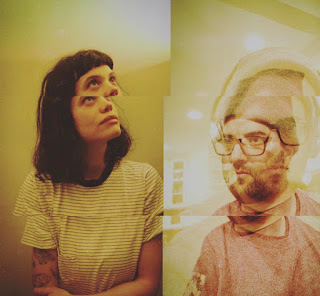 Today, NYC-based dream-pop duo Phantom Handshakes are sharing "No Better Plan," the first single off of their new album, No More Summer Songs, coming on April 30th via Z Tapes.

The band adds that it's, "about the consequences of pleasing someone else’s wishes at the expense of following your own dreams."

Born out of quarantine, Phantom Handshakes is a collaboration between Matt Sklar (Exiles) and Federica Tassano (Sooner, Mônetre). Their first album, Be Estranged, was released last year on Z Tapes.

No More Summer Songs was written, recorded and mixed entirely by Phantom Handshakes at their respective homes in New York City and mastered by Carl Saff at Saff Mastering in Chicago. 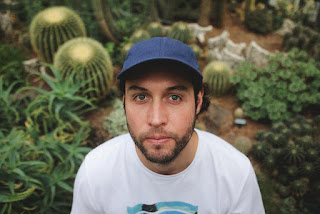 Marcelo Deiss is a Brazilian born, London based artist whose music dances between indie, blues, folk and rock. His music approaches subjects that we face everyday. Constantly bombarded with advertising, fake news and social media, we become numb to the real world and lose touch with ourselves, while simultaneously the planet is dividing itself. Marcelo’s music is a reflection of this and how we can so easily lose track of what’s real and what’s not. He opens up discussions about these subjects and stands up to them, fighting for change.

His upcoming EP Hurl features six tracks, all delving into the world’s issues and how we can truly make a difference if we put our minds to it. Leading single “ONE” is a song about finding the strengths to fight back and standing together before it is too late. The organ-filled song is packed with emotion and feeling, lifting spirits up and showing others that we’re capable of great things.

Then there is “On the Way Out!” - born during the American elections and tackles political issues. It’s satirical nature and quirky instrumentation adds a sense of comic relief to a sober situation. “JuVenTuDe” is about the youth living in these troubled times. Minimalist guitar arrangements and mellow vocals provide comfort, reminding listeners that better days are ahead. “Fragments (Tell Me About It)” is about falling through the rabbit hole and being down and lost, overcoming those feelings and coming out alive on the other side. Raucous guitars and roaring organs make you feel as if you’re being born again. “Chiba City Scene” like the name suggests, was inspired by the book Neuromancer and is about the greedy higher power in charge. The track features sweeping strings, raindrop sounding piano and a singing guitar, all of which tell a story without any words being needed.

Title-track “Hurl” was written two years ago and talks about the Standing Rock Sioux Tribe and standing up to the men. Bringing the EP to a close, it’s high energy and clashing instruments make it impossible to ignore what Marcelo has to say.

Spending time in both London and Sao Paulo, the musician is able to explore new sounds as well as new topics. The commute between these two cities influenced Marcelo immensely, he shares, “To immerse yourself in a new culture can 100% change the way you think. That really shaped the pursuit of subjects I was interested in whilst writing the EP. Just by observing people we can learn a lot about ourselves.” Interestingly enough we tend to behave the same across the world. We are different yet have so many things in common. The idea of writing about society came from his experiences of being immersed in these two cultures. Through the rawness of his music and the sheer gravity of his lyrics, the Brazilian artist is creating music to stimulate emotions. Hurl is currently available worldwide. 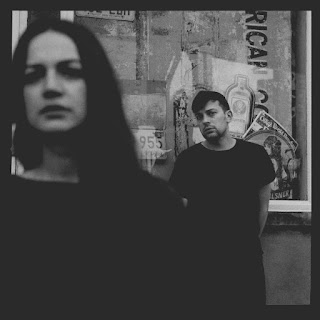 The band details; "Striving to control others (emotions, desire, behaviors) corrupts. This seems like a chronic symptom of the worst in masculinity.

A responder talks back, but does it listen? Not equipped with the tools to be vulnerable, one voice denies reality, refuses to connect, exerts more control, idolizing restraint ("the way I held every face card") and admonishing its counterpart ("you way you scolded me"). With denial (to self and other), all's bound to collapse. Both know it will happen. Neither wants it.

I guess it's also an exploration of the big 80s breakup love ballads of the Patty Smyth featuring Don Henley variation, but the dark sexual politics of the heartbreak are more explicit. This is the night version.

I was listening to a lot of the xx and Sinead O'Connor when we wrote it and when re-recording it, I was listening to PJ Harvey almost exclusively. I wonder if this bleeds into the atmosphere."
Good Eye Records · Russian Baths - "Responder (Night)"