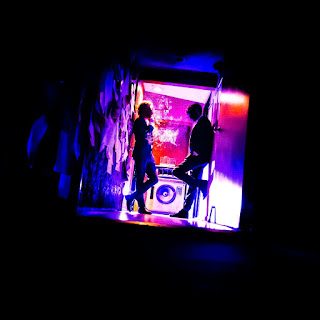 Your favorite Brooklyn gentlemen have donned suits and returned with a love song for the acid lounge. The gin-soaked single "Dry Martini" goes down easy, stirred with a blend of reverb-addled guitars, candlelit-drums, and sultry vocals

"Dry Martini" conjures forlorn feelings of a love so close you can taste it, and yet so irresistibly out of reach -- "Far beyond the horizon you'll find / a never ending lie / to hold on to."

Dry Martini gently drifts into view, the vocals exude some late night bluesy emotion, the music is restrained yet somehow ups the intensity of the piece. Red Sun Radio may be new to our ears however the song feels like an old friend, one to share a few drinks with, maybe Gin, although I'll settle for some Bourbon or a large single malt Scotch. 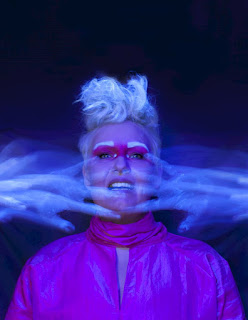 GEA - Truth Between the Lies.

Helsinki-based ethereal storyteller GEA has announced the release of her haunting, timely new single/music video "Truth Between the Lies", out February 12 via Fragity Records. GEA's powerful lyrics encourage us to seek out the truth, especially when it's not easy to do so. With what's happening in the world right now, the timing of this release is not a coincidence. Musically, "Truth Between the Lies" is ominous, electro-infused dream pop with touches of menace and beauty.

When I wrote this song I had no idea how relevant this message would be now, when it is being released. We can't pretend that constant lying wouldn't have a profound impact on our society and souls. Truth is an absolute necessity. Truth will set us free!

Truth Between the Lies is a song about the bad things we do when we think no one is watching. It's about the lifestyle where people close their eyes about immoral things, and think they'll get away with them.  It's about the dangerous sense of comfort and false sense of safety we get from money, career and consumption. It's about our planet not being able to carry the weight of our choices any more. It's about everyone's soul mission wanting to be manifested instead of focusing on doing what brings the easiest income. It's about the truth running eternally through our veins no matter how much we would benefit from the lie.

The stunning animated music video for "Truth Between the Lies" is brought to life by BYNEW (Producer) and Raimi Nikkari (Animator). 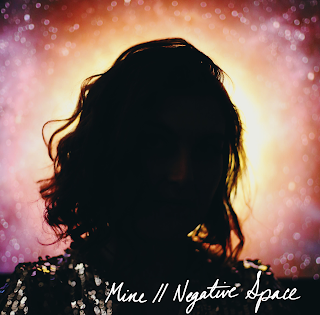 Samantha Margret writes music for the girl who wants to own her history, her body, and her feelings. Samantha likes big jewelry and every kind of fruit she’s ever tasted, and she’s a conscientious journaler. Her ballads tell stories about acceptance and showcase her soulful voice, and her pop songs are not afraid of a good time. She tries to never write the same song twice, and is always up for a giggle.

Samantha gets her second first name from her great grandmother. Margret was born with a second “a” in her name, but she gave it up after falling in love with a traveling salesman who had only seven letters in his name. Did she want them to match? Did he dislike the letter “a”? Three generations later, Samantha was born on the same day and given the same name with the same odd spelling. As she grew up in San Francisco, struggling to convince teachers she was spelling her name correctly, Samantha took to poetry and songwriting. She learned by copying Sara Bareilles songs on the piano at school, and by writing songs instead of going outside. Did the gift of a missing “a” lead to the wordplay Samantha uses in her music to this day? Probably not, but who can really say?

Her compelling EP delivers powerful vocals with a passionate and sentimental look into her past with love. The melancholic ballad "Mine" revels in the revisit of heartbreak and betrayal, while “Negative Space” delves deep into the absence of someone you love with the mixture of sweetness, pain, and nostalgia.

"Everything has two sides—every great personality trait comes with a few bad habits, every good feeling eventually gives way to an equal opposite; that's what I believe. And, every holiday has space for celebration and sadness. This EP is my gift to people who want to settle into Valentine's day with a little heartbreak this year." - Samantha Margret 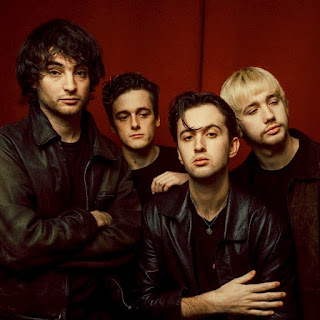 Reclaiming for a new generation the poetry of Dylan, the stark beauty and unhinged Rock and Roll of mid-70s John Cale, and Badfinger's melancholic timeless songcraft, this is Bandicoot. Their sound flows like post-industrial blues through Swansea's rain-soaked concrete streets.

Bandicoot have earned a ferocious reputation, thanks to their raucous, overflowing live shows that spin euphorically from post-punk and krautrock to glam stomp and art-pop sensuality at the drop of a note.

‘Dark Too Long’ is Bandicoot‘s debut single on Libertino, a song they describe as a “frenzied cry of desperation from the depths of excess and loneliness, influenced by the driving rhythms of NEU! and Can.”

"Bandicoot are wired instinctively to the cathartic screams of John Lennon's Plastic Ono Band, the lustful danger of The Velvet Underground, and CAN's cinematic propulsion. They are the art-house provocateurs of Warhol's Factory brought to life on Swansea's rainy streets" - Libertino
Libertino · Bandicoot - Dark Too Long