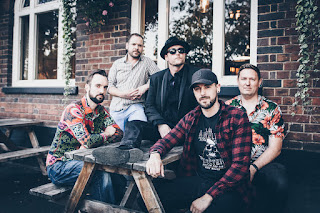 The Mojo Slide - To Kill A Monkey.

"Having recently returned to attention’s radar with the singles Good Times, & Not In My Name, UK rockers The Mojo Slide now keep ears focused with their latest single from the album 'Manic Panic'

With their first album, Twist Your Bones, an extremely well received 2015 encounter springing a host of eagerly played singles on radio shows and stations worldwide anticipation for its successor has been patient if eager. It is a release which looks like following suit with its lead single already luring great support the way of the band and we only expect Not In My Name to do the same.

Ridiculously infectious and skilfully flirtatious in its grooves and hooks, Not In My Name instantly entangles ears with a great juicy melody, its wire of temptation escaping the guitar of Mike Fennaand soon joined by the melodic lures of fellow guitarist Matt Legg alongside the rhythmic swing of bassist Dan Savage and drummer Michael Graham. Amidst it all vocalist Mark Wilks adds his only creative infection, his voice almost dancing on the strands of sound making up the contagion.

Increasingly manipulative by rousing verse and anthemic chorus, Good Msn Down is one of those songs which just gets under the skin, for us eclipsing its predecessor and ensuring the release of new full-length, Manic Panic cannot come soon enough, an encounter you can also soon find us exploring on The RR.." - Pluggin' Baby - The Ringmaster Review

Formed in 2011, they released their debut album 'Twist Your Bones' in November 2015 on DO IT Records. The album features a contemporary mixture of classic rock 'n' roll, and blues rooted alternative rock. They have had radio play on BBC, Absolute and Planet Rock, amongst others, and have since signed with Nub Records. 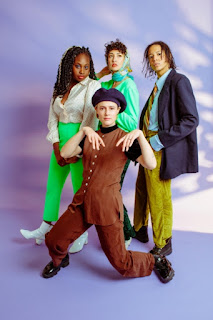 The sophomore album from Kalbells, illustrates the formidable love Kalmia Traver (Rubblebucket) discovered with her touring band turned bandmates. Together, Angelica Bess (Giraffage, Body Language), Zoë Becher (Hushpuppy, Sad13), Sarah Pedinotti (Okkervil River, LipTalk) and Traver, practice both listening and accountability, rejoicing in their queerness, and promoting each other to be their most genuine selves.

The result is Max Heart—ten vibrant and subtly layered tracks of mesmerizing psychedelic synth-pop. Common groove language is a rare medicine to happen across, which is why, as a group, playing together has been not only exciting, but healing. Max Heart harnesses this magnetic power for a collection of songs that are packed with inspired tension and daring surreality. Read the full bio here.

Max Heart is available to pre-order on standard black & "Salty Pickle" green vinyl, as well as on compact disc and digital formats here. The album will be available on "Red Marker" red vinyl exclusively from local indie record stores. 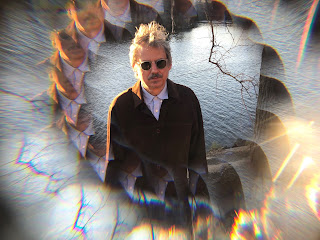 Basic tracks, helmed by Joe Tessone, were cut with Blase Settecase at Mystery Street Studios. The album was mixed by Philip Stevenson at Rat City in Chicago and mastered by the legendary Bob Olhsson in Nashville.

Lyn Vaus is now based in Chicago and is a veteran of the Boston post-punk band Carnal Garage, who had a song featured in the hit SCI-FI movie The Lawnmower Man. After the band dissolved, Vaus moved to LA and got a job as a story editor at a film production company. Bouncing back and forth between LA and Boston for several years, his subsequent film credits include The Darien Gap, Next Stop Wonderland, and the micro-budgeted Temptation, starring Annette O’ Toole and Elisabeth Moss.

That film rekindled his interest in playing music and he began writing the psychedelic songs that eventually appeared on his first solo record The Floating Celebration, which was recorded in Washington D.C. with musician/producer/Night World label head, Philip Stevenson. 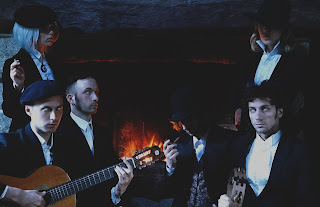 Parisian psyche-pop band La Femme released the video for their new single “Le Jardin,” taken from their highly anticipated third album Paradigmes (out April 2nd via the band’s label Disque Pointu, distributed worldwide by IDOL). Shot in the south of Spain between Granada and Sevilla, the “Le Jardin” video is an excerpt from the band’s forthcoming full-length feature film, which will be released in conjunction with Paradigmes.

Released in time for Valentine’s Day, “Le Jardin” is a tender melancholic ballad, and La Femme’s first song in Spanish. “The lyrics were written during a trip to Spain a few years ago,” the band explains. “This is kind of an old-school slow dance which underlines how fate can be random and fragile. The moments we go through, sometimes very sudden, from shadows to light, and vice-versa. All of this, in a Romanesque scenery of the historic city of Sevilla, where the Holy Virgins are omnipresent on the walls, overlooking at mankind and its madness.”

The two main songwriters who started the band together, Sacha Got and Marlon Magnée, are the traditional heart of La Femme, and their vision is consolidated on stage by the masterful rhythm section of Sam Lefevre and Noé Delmas (bass and drums, respectively), and sublimated by the vocal talents of female singers like Alma Jodorowsky, Clara Luciani, Clémence Quélennec, Grâce Hartzel and Jane Peynot. Within this album of beautifully-curated electropop you will hear everything from coldwave to yéyé, Kraftwerk to the Velvet Underground, all distilled and sequenced and psychedelicized so that it sounds uniquely La Femme. 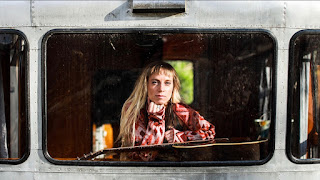 For as long as people have written songs, they’ve written songs that respond to and reflect on events in the world around them. And so, when Organic Records’ Anya Hinkle and her neighbor, Graham Sharp (Steep Canyon Rangers) got together to write on the day that news broke of the death of George Floyd at the hands of police officers, it was almost inevitable that what would emerge was a meditation on the gulf between American aspirations and American reality.

“In fraught moments, you usually write what you need to write, to process what's going and find the words to move forward,” says Sharp. “This was the case with ‘What's It Gonna Take.’ My first instinct as we were writing was to look inside myself and what I could do. It was a very raw moment to see the pain of George Floyd and the Black community and know that I needed to account for myself in that moment.”

“Writing was the only way to really open up to things we often keep locked inside, things that aren’t pretty to examine, that are scary in fact,” Hinkle adds. “It helped us get honest about that, to push through some kind of strange fear of admitting how clearly some of us benefit from the system and others just lose over and over again. I don’t think the song does anything except to invite people to take a look at this sparkling mess and admit it’s there and needs to be reckoned with.”

As events continued to unfold, the pair worked to complete the song, and when it was finished, Hinkle began to think about how to record it. With Sharp’s participation an obvious ingredient, she reached out to a couple of other western North Carolinians and invited them in. “When we went into the studio to cut the single,” she recounts, “we asked a master of the sacred steel guitar, DaShawn Hickman, and gospel singer Wendy Hickman to join us in asking ‘what’s it gonna take?’ Bringing in their voices was an important part of processing the difficult summer, building trust and beauty through song. Only by listening to Black voices are we going to know what it’s gonna take.”
Syntax Creative · Anya Hinkle - "What's It Gonna Take" (feat. Graham Sharp) 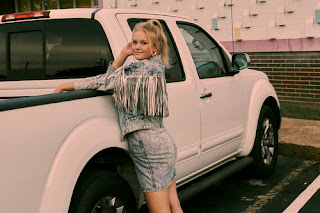 Hailey Whitters - How Far Can It Go? (feat. Trisha Yearwood)

Rising Country star Hailey Whitters releases “How Far Can It Go?” (feat. Trisha Yearwood) from LIVING THE DREAM, a deluxe edition of her critically-acclaimed breakthrough album THE DREAM that will be released on February 26 via Pigasus Records / Big Loud Records / Songs & Daughters. The deluxe album finds Whitters moving from fantasizing about “the dream” to actually living it, calling upon her close friends and collaborators Brent Cobb, Jordan Davis, Hillary Lindsey, Little Big Town, Lori McKenna and Trisha Yearwood to contribute vocals to the fresh tracks.

"When I wrote this song with Nicolle Galyon and Hillary Lindsey, we were drawing inspiration from all of the '90s female powerhouses I grew up listening to on Country radio,” explains Whitters. “This song reminds me of something I would've been singing along to on the radio, driving my old truck back in high school. We all know that young couple back in our hometowns with 'forever in their eyes,' and the feeling of wondering if they'll be able to make it work when they go off to college. Those story songs in Country music were relatable to me then (and now), and I hope there's a generation of Country music fans that still find them just as relatable today.”

“All of the artists featured on this project are responsible for me being able to hang up the apron strings and make music full-time,” says Whitters about LIVING THE DREAM. “The royalties from Little Big Town’s cut on ‘Happy People’ helped pay for part of THE DREAM, Brent Cobb and Jordan Davis were two of the first artists to take me on tour, Lori McKenna and Hillary Lindsey are my two songwriting idols and favorite co-creators, and Trisha Yearwood is one of the first artists that got me excited about moving to Nashville and pursuing Country music. I wanted to show fans full circle what ‘living the dream’ looks like for me – from where I started with ‘Ten Year Town’ to the bucket list moments that have resulted since I released my record, THE DREAM. I felt it was important to show them what can happen when you don't give up on yourself.”