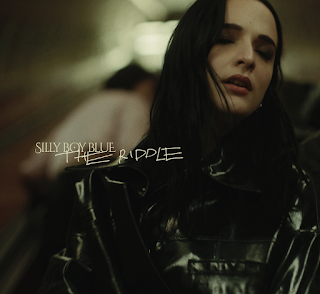 Silly Boy Blue shares her brand new single “The Riddle” today, February 15th. Silly Boy Blue (real name, Ana Benabdelkarim) is a singer-songwriter and producer from Nantes, France who was recently snapped up by Columbia France. The new single is exemplary of her adventurous and emotive songwriting and stirring vocals. It follows her previous single, “Goodbye”, which showed a more pop side of the young musicians’ talent; Ana’s vocals shine and soar with the yearning lyrics, whilst the production holds a melodic, pulsing beat.

“The Riddle talks about someone I never could decode. I wrote this song to remember to always keep focusing on hope, that there is always a place where we feel like we belong.  Hence the chorus' mantra "Somewhere, you could be fine somewhere, you have to find somewhere, he's not the one". To finally find your own bedroom, where you feel safe” says Silly Boy Blue of the song.

For the accompanying video, Ana headed to the subways of Prague. She says, “In the music video we aimed to translate this absolutely crazy feeling about obsession, that no one besides you can stop, and when you realize it's time to let go. It takes place in Prague, Czech Republic, and it was the most intense two shooting nights of my life - continuously getting down the escalators for several hours- it most likely got close to the frenzy state I felt while writing the song.”

Silly Boy Blue is a young singer, songwriter, multi-instrumentalist, and producer based in Paris, who started her music career in the band Pégase. Ana now embodies her music through her solo work, choosing to name her project “Silly Boy Blue” after the David Bowie song that tells the story about a boy who breaks all the rules. Playing with light and shade, Silly Boy Blue sings teen pop anthems and breakup songs and has a passion for 90’s music, movies, and style. Silly Boy Blue recently appeared on YouTube channel COLORS, featuring on Isaac Delusion’s show. She has just finished her debut album, which is set for release this year. 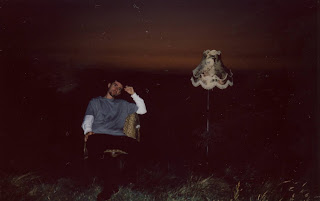 Western Column is the songwriting project of Glasgow based DIY musician Christopher Devine (Dutch Wine/Stock Manager) whose second single ‘Hear not Say’ is due for release via Negative Hope Records on February 12th 2021.

‘Hear not Say’ gives delicious guitar-centric layers of feeling with a shoegaze bent, as Devine’s dreamer vocals float over a driven guitar wall that spills over with a momentum that will have you wanting to listen again.

Following on from sun drenched debut single ‘Golde’, ‘Hear not Say’ is the perfect follow up as Devine continues to build a name for himself as a solo artist

“Having only been the third song I’ve entirely written myself, I feel like I’m still finding my feet and trying different things to see what sticks. “This track was a good bit of fun trying out ideas and more than anything it was a really good learning experience.”

‘Hear not Say’ was recorded, mixed and mastered Melissa Brisbane, who also provides guest vocals on the track.