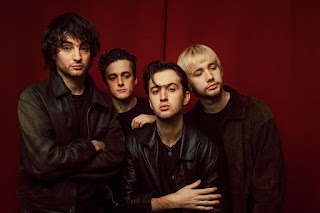 Reclaiming for a new generation the poetry of Dylan, the stark beauty and unhinged Rock and Roll of mid-70s John Cale, and Badfinger's melancholic timeless songcraft, this is Bandicoot. Their sound flows like post-industrial blues through Swansea's rain-soaked concrete streets.

Bandicoot have earned a ferocious reputation, thanks to their raucous, overflowing live shows that spin euphorically from post-punk and krautrock to glam stomp and art-pop sensuality at the drop of a note.

‘Dark Too Long’ is Bandicoot‘s debut single on Libertino, a song they describe as a “frenzied cry of desperation from the depths of excess and loneliness, influenced by the driving rhythms of NEU! and Can.”

"Bandicoot are wired instinctively to the cathartic screams of John Lennon's Plastic Ono Band, the lustful danger of The Velvet Underground, and CAN's cinematic propulsion. They are the art-house provocateurs of Warhol's Factory brought to life on Swansea's rainy streets" - Libertino 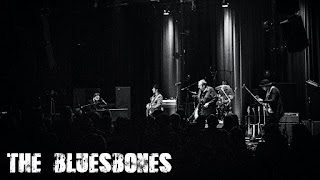 We just wanted to share with you this new lyric video. This song is taken from our latest "Live On Stage" Album.

The song "Sealed Souls" deals with the madness of War. Sometimes a song is just a little more then just a song.

Sometimes a song is also a message. And Sealed Souls is this kind of song. About the insanity of war and all the suffering it brings. Sometimes images speak louder then words. But combine Lyrics, Music and images and maybe it becomes even more powerfull!!

The BluesBones is a band of 5 passioned and experienced musicians, playing blues/rock with undiminished feeling and skill. Their original songs vary from blues rock over mellow and sensitive blues ballads, swampy slide to more heavy rock. This extended range of styles generated a diverse fanbase in Europe and beyond.

The band, formed in 2011, released its debut album in 2012 and was elected public's favorite at the Belgian Blues Challenge the same year. The band was declared winner of the same contest in 2016 and finished 2nd out of 26 countries at the European Blues Challenge in Horsens/Denmark in 2017. The BluesBones played over 400 shows all over Europe and performed at festivals like Blues Peer festival, Ribs & Blues festival, Moulin Blues, Swing Wespelaar festival, Scinawski Blues Festival, Cahors Blues Festival, Breda Jazz, Randers Blues Festival, Blues‘n Jazz Rallye, … 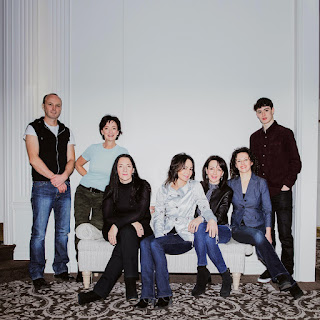 Canadian band Leahy’s brand new album, Good Water, brings the five women of the group – Leahy sisters Julie, Erin, Maria, Siobheann, and Denise – freshly to the fore, in singing and especially songwriting, along with brother Frank on drums, and introduces the newest addition to the band, Xavier, son of Frank, on accordion.

As the songs on Good Water took shape, a new edge to the band’s sound began to emerge with the addition of electric guitars which spurred them on to explore the outer edges of their traditional/Celtic/folk/roots musical origins, pushing well beyond that footing.

The record’s latest single, “Tears,” is another colour and sensibility in Leahy’s music journey. It reflects the fact that the band members are influenced by so many different genres and this comes out in different ways. Here is a nod to a rock style – with a very heartfelt deep lyric. It’s a beautiful contrast that is not soft and not hard – it’s grounded which is consistent with their sound over the years. 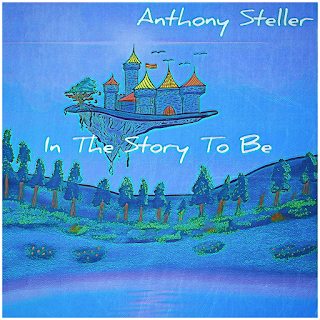 Anthony Steller - In The Story To Be.

Since my sophomore year high school, I’ve been single-handedly writing and producing original music in my garage studio. What started out as a few singles evolved into a fully polished album. I am inspired by classic rock legends of the 1960s and 70s such as The Beatles, Fleetwood Mac, The Moody Blues, The Small Faces, and The Rolling Stones.

I intend to bring sounds from these unforgettable decades back into the spotlight in the next few years. My plans are to start my own band after high school and continue to create and perform new music in the Dallas Fort Worth area.

The Album: "In The Story To Be" is a rock concept album that represents my personal story of struggles in a way that aims to connect and relate to people that listen to it. The album consists of songs about false hopes and miseries, all the way to uplifting songs about learning how to live strong once again. Part of the reason I wrote some of the songs I did was to replace the music I grew up to love because at a point in my life, I was scarred by heartbreak and couldn’t listen to them without feeling sorrowful.

I aim for my music to connect to those moving through their own darkness so I can give hope for what is to come for everyone’s future no matter where they are or what they are going through. All guitars, percussion, keys, and vocals were proudly recorded on my own, and the tracks were all mixed and mastered by myself. Would love it if you could take a listen!!

Anthony Steller · In The Story To Be