ME REX - Heart of Garbage.

South London’s ME REX have shared a brand-new animated video for their infectious single Heart of Garbage, taken from their most recent EP ‘Stegosaurus’, which saw them receive acclaim from the likes of Stereogum and DIY. Talking about the track, lead singer Myles McCabe said "The central metaphor is of a plant trying to grow in a poisonous environment. The song is about digging out space, providing light and clean water, trying to create the circumstances under which growth can happen."

Sometimes taking a break is the only way to reignite a passion. Having immersed himself in music from a young age, ME REX, originally a solo project by Myles, saw early success with previous bands, but quickly became disillusioned with the music industry alongside an addiction to alcohol and battling mental health issues. However, the artist came into his own when he first began experimenting with electronic bedroom pop in 2018 in the solitude of his own home, leading to supports with the likes of Jeffrey Lewis and the Voltage, Chris Farren, and Onsind and tours in the UK and Europe with his constantly evolving new project.

With his band (Phoebe Cross (Happy Accidents/Cheerbleederz), Rich Mandell (Happy Accidents) and Kathryn Woods (Fresh/Cheerbleederz)) the artist has seen ME REX morph into an exciting collaborative project. Taking inspiration from the instantly definable electronics of WHY? and lyrical prowess of Los Campesinos, ME REX makes music that channels conflicting emotions, painted with unique and delicate flourishes yet at its core bearing a depth of emotion that’s so potent, it feels as though it may only just be scratching the surface of what’s to come from the promising songwriter.

“I reached kind of a critical point with my mental health around the time I got sober and in the following months. I wasn’t really able to write or make music. I became quite disillusioned with the idea of being in a band and making music within the music industry and in 2012 the band gradually fell apart.” Says McCabe. “After a couple of years, I decided I wanted to work as a solo act, there were a lot of advantages to this, logistically and interpersonally things were a lot easier. I found it much easier to tour alone and enjoyed the autonomy, I began touring around the UK and Europe. In 2017 I joined Fresh and began to see that it actually was possible to organise practice, writing and touring in a way that wasn’t soul destroying.”

Graduating from home produced music, the band’s recently released EPs ‘Triceratops’ and ‘Stegosaurus’ were recorded at Resident Studios in North London with band member Rich Mandell at the helm; allowing ME REX the opportunity to explore concepts as a musical unit, shaping material that touches on themes of friendship, forgiveness, joy, dinosaurs and mental health wrapped in sombre melodies.

“I like to include jokes and wordplay because I enjoy writing these things in, but also to undercut the idea that this kind of thing can only be discussed in strictly sombre terms. The process of developing my own health and recovery is for me a joyful one and I think that should be reflected when talking about it. I like to make my verses quite dense with ideas and images, so that a listener might not be able to take it all in at once. This leaves them to draw connections between the ideas that do stick out, this can give more space for interpretations that will change over repeat listens.”

ME REX may only just be beginning their journey, but they are already one of the most forward thinking and exciting new bands around, coming together to create something that resonates on several levels; sparking joy, hope and reflection with a collection of songs that are achingly poignant. 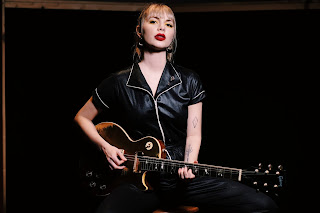 Kandle is moving forward. The golden era-sounding chanteuse from British Columbia is taking the reins of her career and her creative, ambitious visions are now a reality. This journey began with last year’s Stick Around and Find Out EP but now comes fully formed with her fourth studio record—and first independent—Set The Fire, to be released in spring 2021.

Kandle has long been known for her ability to transmute difficult feelings and situations into beautiful and tragic melodic stories. As a therapeutic outlet, music was always it for her. Yet here, Kandle exhibits a different kind of therapy and healing—a new, stronger way of wearing her heart on her sleeve. “This is the most empowered state I’ve ever been in. So much of my music has been very victimized—I’ve been through a lot. I was really dark and angry, and my writing reflected that,” she says. With Set The Fire, Kandle emerges from a new place of independence and power. “I’m trying to set the fire myself rather than be burned by it.”

This new record familiarly follows a cabaret and rock n’ roll path Kandle has already forged sonically. It’s no lazy qualifier to liken her to Shirley Bassey and Nancy Sinatra—her vocals are deep, feeling like they hold the wisdom and sadness of a thousand women before her.
She studiously pays attention to these legends from a golden era in pop and rock history. While Kandle rarely listens to records after the late 60s, turning mostly to poets and modern giants like Nick Cave and Leonard Cohen, merges the past with the present and burns a bright new future with Set The Fire.

This is Kandle’s first independent record. Now, she is free from others’ expectations and the voices that eclipsed hers time and again. The irony of writing and recording an album on her terms just as lockdowns became a worldwide reality last March is not lost on her. “This album was made independently for the first time ever with total freedom, but also at the time where we as a society lost all of our freedom.” The process she says was “nothing but love and support as the outside world was completely falling apart.” 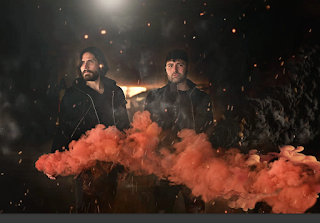 Stolen Stars is a rising pop/rock band from Orem, Utah. Weston Paul and Tanner Pierce have emerged from the hot Utah music scene that produced such bands as Imagine Dragons, Neon Trees and The Used.

In June of 2018, they released their first single, “The Cupid Caper.” After only a short time they dropped their first EP, “A Program About Love,” which takes listeners on a journey through the phases of love, while showcasing their unique pop and rock sounds. Just this year they released their second EP, “Thought Broadcasting”, an emotional look into the mind of music.

Stolen Stars music has been played on local radio where it was met with approval from fans and positive reactions from the industry. Their success in winning a Top 5 spot in the South Jordan Battle of the Bands, kicked off a series of performances all across Utah. Stolen Stars music is distinctive in capturing a snapshot of sounds from bright guitars, rock grooves, and electronic backings to create a passionate musical collage.
Stolen Stars · Thought Broadcasting 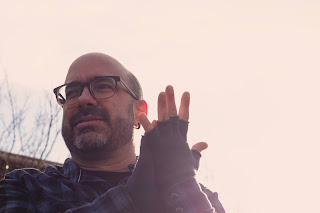 Jeremy Charbonneau grew up in the car culture of the midwest, going to auto shows with his father on the weekends. And the oldies were always on the radio on these trips. “That music still has such a huge influence on me, to this day,” he says. Many of those early influences would give way to indie rock, punk, art rock and eventually, folk over the years, but the simplicity of ‘60s Top 40 pop is what’s behind the music of Summer Sleeves. Jangly, folk-brushed acoustic guitar, a raucous hook and a smattering of vocal harmonies.

Jeremy first formed Summer Sleeves as a way of getting social and making friends. He’d spent the previous 15 years playing drums for Seattle artist Carrie Biel (Moon Palace) and as a founding member of Smile Brigade. After several years recording and touring with these groups, he walked away from music to go to design school and get a “real job” to help support his young family. But once the dust settled on that life transition, music worked its way back into his forethought.

He got together with a couple friends for something to do socially, and together they played a few songs he’d written. A small handful of songs quickly built up to enough material to play out as a live band. That incarnation of Summer Sleeves dissolved as groups do, but Jeremy wanted to keep the music going and decided to record the songs he’d put together.

Summer Sleeves’ debut album In the Throes of Woes is eleven songs performed by Jeremy and friends Alon Bassok and Mike Oprinski. Bassok and Oprinski took on bass and lead guitar, respectively, for the majority of the home-recorded songs, while Jeremy took on the rest. The result is a lo-fi foray into indie pop, folk, and at times, noisey psychedelia. The album was recorded over the fall/winter of 2019–2020 at Jeremy’s West Seattle home with a few mics, a laptop and a DIY sound-treated room—all the makings of true lo-fi record. The album was mixed by Jeremy and Ethan Jones (Math and Physics Club/Model Shop).
Summer Sleeves · 1 You'll Never Change 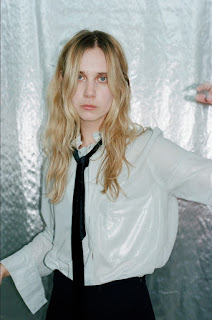 Enfield, London based multi-instrumentalist, songwriter and producer Scout has launched their debut single, "Never Fade". With sonic touchstones ranging from MUNA and 070Shake to Christine & The Queens, "Never Fade" is the first track to be heard from Scout's debut EP, due for release later this year.

Scout says, “Its a kind of snapshot of the stage of heartbreak when everything feels like a reminder/brings up memories of your ex. I guess I like to roll around in the darkness and romanticise for a bit too long because ultimately that’s all thats left of the relationship at that stage and it’s hard to let go, but it’s also the process and the birth place for a lot of relatable music, at least for me."

Scout went on to say: "Being a visual person a lot of this stuff plays out in my mind a bit like a film and I wanted the production to echo the emotional/cinematic aspect of sentimentality. The starting point was a beautiful synth loop which quickly set the tone and the song wrote itself really quickly after that. It’s perhaps a bit more cinematic than the rest of my stuff, but it (and the EP) fills an important spot chronologically for me.”

Having played in bands throughout much of their teenage years, Scout readily admits they always felt more drawn to writing and pop music. Now, they're ready to step out on their own, with "Never Fade" standing as the perfect introduction. Scout's classically trained musical prowess, paired with their intimate story telling and lush dream-pop soundscapes combine to form a fresh, yet nostalgic take on modern pop - firming planting a flag as an exciting new talent to watch this year.