Wayfaring songwriter Shay Martin Lovette’s story is shaped by an enduring creative pursuit, an inseparable connection with the natural world, and a deep appreciation for the nonpareil musical voices of the past. After releasing his debut in 2018, receiving a plethora of regional accolades, and spending over 100 days playing shows to eager audiences,  he’s back with his sophomore effort.

The new 12-song collection, Scatter and Gather, was produced by Joseph Terrell of North Carolina’s cherished indie roots outfit Mipso (Rounder Records), and features members of the band throughout.

Lovette’s songs deliver evocative imagery that invites the listener along on one’s life journey, full of incidents, escapades, and moments of clarity. From a canyon to a “cold casino rooftop,” and various locales around the Blue Ridge Mountains in western North Carolina, where Lovette is based, The backdrops are ever-changing but a common thread can always be found in the feelings of his colorful characters.

There’s a “coastal queen” in “Fierce and Delicate Things” (which bears a refrain referencing, a bit mysteriously, “the ones that wear the white jeans”). Then there are the ladies honored by song titles reflecting their names–muses Nandina (“Oh Nandina”) and Rose Marie (“For Rose Marie”), a woman living in a coastal town whose “knees fear the winter” and whose mind “runs an ancient race.” There’s also Ricky, a tip of the hat to Lovette’s father, who is noted for his ability to make a harmony shine in “Parkway Bound.” And those are just the folks mentioned over the course of the first third or so of Scatter. 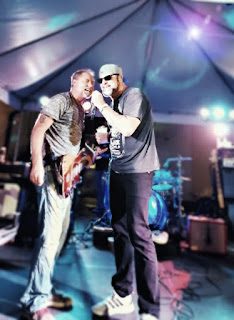 Hailing from Richmond Virginia, Mashup & Cozy Condition is an electrifying eight-piece ensemble that melds vintage funk, with with modern production techniques. With a totally unquie sound that occupies the space between modern funk of Vulfpeck and off the wall experimentation of the Beastie Boys. Acclaimed band features frontman / lead songwriter Michael Hedrick’s edgy vocals over an effortlessly deep pocket and energetic melodies from the three-piece Cozy Condition Horns.

Mashup & Cozy Condition make the kind of dirty, brass-scorched funk / soul / rock which leads you into temptation. The dark side of the boys from RVA features, Jason Newcomb master of all six strings and production knobs, the world class “Cozy Condition” horn section is lead by saxophonist extraordinaire Rick Rieger. So successful are they, so good it feels, so natural, that voodoo filth will be pouring through you before you know what’s going on.

MCC’s have had solid success in 2020 with 1M total streams and an addition to the sought after “Nu-Funk” Spotify playlist. Three singles from MCC’s upcoming full length release will drop in 2021, the band plans to return to the road and release a live video / EP.
Mashup & Cozy Condition · Fly Wizard Fly 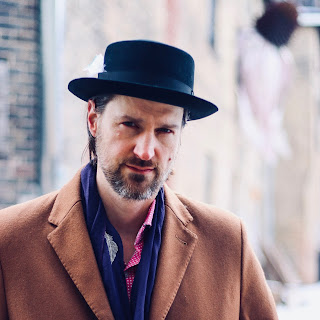 I don’t do love songs. I do real life.

My niche as an artist is that I’ve also lived the path of a “normal” life. I paid off a mortgage, and then I quit my job to do this.

I’m quirky/interesting…but there is no myth of Jason the artist to sell. I’m well educated and well read to have perspective from outside the artist bubble. 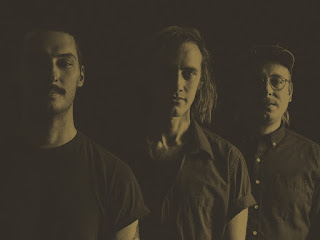 Montreal-based post-rock trio, Yoo Doo Right have their debut album, Don't Think You Can Escape Your Purpose out via Mothland on May 21, 2021 and are today sharing their new single, “Presto, Presto, Bella’s Dream.”

We announced the debut album last month with the album-titled single, earning some tips at FLOOD, NPR and Under The Radar Magazine with the band selling out all of their limited edition vinyl in under 24 hours. This debut record follows previous releases which have found the trio collaborating with members of Braids, Godspeed You! Black Emperor and Acid Mothers Temple who they put out a split 7" with last year titled "The Moral Compass of a Self-Driving Car" (they have quite a way with song titles).

This forthcoming eight-track album release was put together with names behind Thee Silver Mt. Zion, Panopticon Eyelids and Wolf Parade, recorded at the legendary Hotel2Tango which further cements YDR's place within that exciting Quebec scene alongside Godspeed You!, Jerusalem In My Heart, Ought, etc. Previously YDR – who find their name from a track on Can's debut album – have performed at Austin's Levitation Festival, M For Montreal and Sled Island, as well as opening for the likes of A Place to Bury Strangers, DIIV, Kikagaku Moyo, FRIGS, and more.