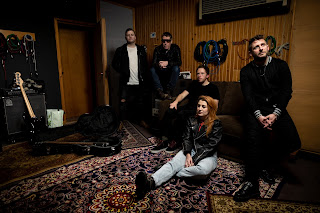 'BOI' create a big, melodic, unapologetically drum and guitar driven sound, with lyrics and melodies that explore the big issues of our times and the human state. These 10 songs off “Coron O Chwinc” were recorded in various spaces around Wales, and were then mixed in the capable hands of Dafydd Ieuan (Super Furry Animals).

Osian Gwynedd and Rhodri Siôn were members of Beganifs/Big Leaves for 15 years and more, and recorded several albums and EPs under various labels, with their hits including Seithenyn, Meillionen, Cwcwll and many more. The group gained huge success in Wales during the 1990 and 2000s and performed throughout the UK and further afield with bands such as Catatonia and Super Furry Animals. Their English-language single Racing Birds was Single of the Week on Mark and Lard’s Radio 1 show. 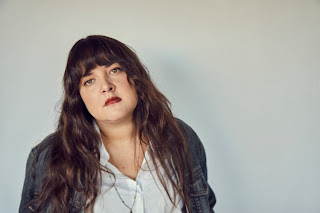 “Fortunate Son” is Abigail Lapell’s intimate rendition of Creedence Clearwater Revival’s protest song about the Vietnam war with the lyrics touching on the wider power structures and class dimensions behind that conflict.

In today’s context, Lapell relates the message to the movement for climate justice; how the pain caused by the climate crisis or the coronavirus pandemic are distributed so unevenly throughout society between the haves and the have-nots. 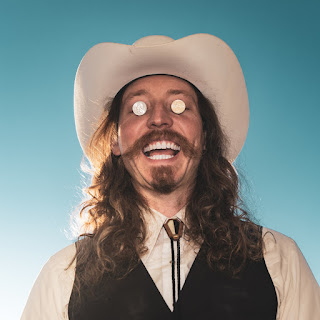 Wild Earp & The Free for Alls - Ain't It a Shame (When Your Horse Goes Lame).

With a respectful nod to the old masters of classic country and a defiant scoff at the purists, Wild Earp & The Free for Alls mix pensive trail songs with jumping rockabilly, spirited bluegrass, rowdy rock, and, occasionally, the dark corners of folk. Tales of heartache, sinful living, and celebration abound in the new album, Dyin’ for Easy Livin’, an infectious 12-song collection served up with a load of wit, wisdom, and a wild streak that keeps you guessing.

With his long, curly, locks, thick handlebar ‘stache, and of course, wide-brimmed cowboy hat, Earp exudes a look that’s far more quintessential Austin than Chicago, where he and the band are based.

“It turned out to feel really organic,” Earp says of the process of making the album, adding that he continues to enjoy the challenge of playing with traditions and classics and pushing them in a direction that uniquely reflects the essence of Wild Earp. “There's a little country, a little rock, a little swing … a whole lot of whatever,” as Earp describes it, shying away from the oft-used term “Americana.” “Everything we do is at least adjacent to country and western.”

From the first note — or rather, horse’s whinny — of … Easy Livin’'s lead-off track, “Ain’t It a Shame (When Your Horse Goes Lame),” Earp and his band of masterful musicians take the listener on a smile-inducing, toe-tapping romp through barrooms, casinos, fairgrounds, and bedrooms. Throughout, tasty Telecaster licks (courtesy of Jed Taylor, with George Hurden on jaguar), velvety pedal steel (Brian Wilkie, and on the rocking, catchy “Playin’ With House Money,” Robert Daniels), and perfectly-placed piano runs (Sean Hughes) provide an awesome accompaniment to Earp’s vocals, delivered with a knowing wink and a smile that pulls you right into the punch lines.

But before you go thinking this is another cheeky, novelty throwback act, know this album is far from one-note. There’s a good balance here, between barroom, three-minute rousers and introspective thinkers. The endearing backing and sometimes-lead vocals of Kiley “Sweet Sassy Molassey” Moore add a nice sweetness to the surly, particularly on the stunner “Two ‘Til Midnight,” written by bassist Charlie Malave.