Songwriter turned accidental frontman; Peter Drucker has developed a style that loosely threads the line between an out-of-phase Kanye blended with “Montana” era John Mayer. He creates melodies with infectious enthusiasm, and a lyrical intensity spanning a well crafted collection of glimpses into his mind.

Youthful and ambitious, Peter burst onto the scene in 2018, with an armoury of tracks ranging from electric guitar driven synth-pop, to catchy, heartfelt string-centred ballads; all aided by a uniquely soulful voice and a dominant sense of groove that leaves listeners mumbling choruses into the night.

Based out of Toronto, he is performing and writing every chance possible, honing and developing his craft by working with local and global talents such as Laguil (J-SOUL, DVBBS & lil Baby), Roy Hamilton III (George Nozulka, Mia Martina) & Kevin Howley (of Running Red Lights).

“Each song tries to say something. If people don’t talk about it, don’t respond, then it’s back to square one. But every day I wake up excited, sketching a little bit closer to whatever that truth is.” 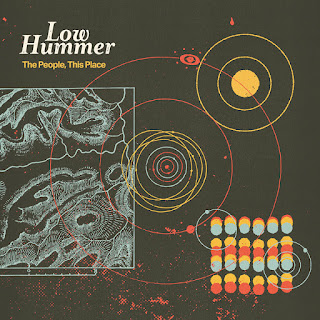 Low Hummer - The People, This Place.

The People, This Place is the fast, urgent post-punk track from rising Hull band Low Hummer that complains about the mundane.

Over a driving bassline, punchy drumbeat and "keep breathing" chants, vocalist Dan Mawer performs an intense and anxious stream of consciousness about pressure, stress and excess.

Following a BBC Radio 1 playlist, 6 Music support and 6 Spotify Editorials with their last single, Low Hummer have announced their debut album 'Modern Tricks For Living' to be released on 17th September on Dance to the Radio. 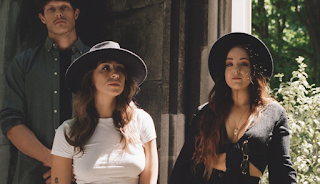 Abbie And The Roses - What You've Done.

Abbie and The Roses’ self-penned and self-produced debut single showcases their expansive sound and deeply personal songwriting, delivering a sharp hit of raw honesty rarely heard in recent years. Following the success of their first two studio releases and one live acoustic track the band have been in the studio working on collection of new songs ready for the new year.

As 2020 draws to a close the band release their third studio single ‘Atmosphere’ a heartbreaking piano ballad fitting for the difficult times 2020 has brought upon us. They look to 2021 with positive energy as it’s set to be a huge year for the band. They prime to hit stages once again with an all new storming set of soul-stirring songs, with their sights set on the stratosphere!

Song info: This song was written last year during a really difficult breakup for our lead singer Abbie, it is a reflection of the complicated emotions she felt for her ex and touches on the anger and heartbreak she felt during a difficult and lonely time. Without wanting the song to be a big xxxx Off she wanted to say I hope you’re happy with your decision and I wish you well because she knew eventually she would be fine.

Abbie & The Roses · What You've Done