Yndling is the dream pop project of Norwegian artist Silje Espevik. This musical endeavour is the result of wanting to take complete creative control over her music. Through delicate soundscapes and oscillating synths, Yndling invites listeners into her own world, offering a place of escapism and resonance through her lyricism.

Following the release of her debut single “Childish Fear,” Yndling is unveiling the sweet and euphoric “Cotton Candy Skies.” After feeling sad and a bit heartbroken for a while, Yndling found herself in a state of self pity she couldn’t pull herself out of, almost taking comfort in the familiar feeling of being down. She confides, “The idea for the song came as I was walking home one evening and the sky was really brilliant with pink clouds all over. Normally I’m quite good at making small moments like that lift my mood and feel better, and it kind of struck me that I hadn’t really been doing that well on being present in my life lately.”

The first lyrics of the song goes, “Cotton Candy Skies, my life is floating by, and with the fear of no surprises, my mind it’s in the thinnest of slices”, touching on her feelings at that moment in time and how life seemed to be slipping through her fingers. The song acts as a reminder to shake yourself out of the funk, and to recognise your emotions without being overwhelmed with them. Through whimsical synths, an intoxicating groove and deliciously breathy vocals, Yndling draws us into her dreamy, pastel-coloured paradise.

Yndling takes influences from artists and bands such as Beach House, Tops, Crumb, Hatchie and Mazzy Star. When it comes to songwriting, the Norweigan artist often allows her feelings or experiences to engross her for a while in order to fully submerge herself in the reality of the emotions. She explains, “I think there is so much power in letting a feeling or experience be all-consuming, just for a little while, and I really need that to write music.”  Along with always trying to be as honest and vulnerable as possible, Yndling has an understanding that when writing, it is important to “throw away the fear of being too honest or maybe telling a truth that’s not recognized by everyone else and that may feel a little too close for comfort.” Yndling offers a kaleidoscope of imagination and feeling throughout her music and ensures her lyrics are just as positively affecting 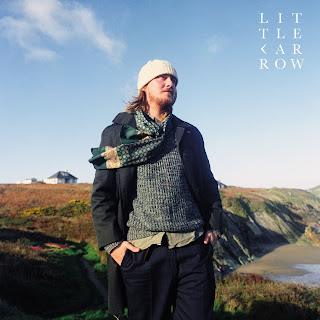 It’s been 10 years since Little Arrow emerged with their debut album, ‘Music, Masks & Poems’ way back in 2011. In marking this monumental milestone, we also celebrate the life and music of frontman, William Hughes, who we sadly lost to cancer in December 2018.
Available for the first time on vinyl, and accompanied by a raft of bonus digital tracks, ‘Music, Masks & Poems’ completes the collection of existing fans, but also acts as the perfect introduction to a stellar, much-missed songwriting talent. Alongside the original album, the release will also include the following digital tracks:

With ‘Poetically Diseased (Live from Four Bars, Cardiff)’ released last month, next up, out 26/04, is ‘People of The Volcano’, a previously unheard live session recorded for a Greenman session back in 2014.

“From the tranquil opening of ‘Bitten Blues’ to the vivid imagery in ‘Aeroplane’; the lyrics felt old-worldly but familiar. Full of hope, but tragic. Wetting its toes amongst the mayhem, as Will puts it in ‘Poetically Diseased’. It was intimate, strange and personal yet somehow relatable, as though it talked of your pain and your joy, all through metaphors nearly lost to time. ‘Easy Now’ and ‘Beneath the True Blue’ were haunting and heart-breaking. ‘People of the Volcano’, ‘Boat’ and ‘Poetically Diseased’ were optimistic but borne of that same curious cloth. To this day, it remains my favourite part of Will’s back catalogue.”

The release charts some of the many aspects of Will’s artistic life with a ‘Words & Art’ booklet showcasing his sculptures and lyrics; all accompanying the heavyweight, marbled blue vinyl of music. The digital reissue will also include bonus live recordings spanning Little Arrow’s career alongside interpretations of the album tracks re-recorded by some of Will’s closest friends.