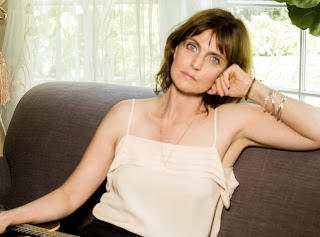 “When we set out writing ‘Starlight’ Anoushka and I knew exactly what we wanted to make, and it just gently flowed,” says Wyler. “I think it is a song about a woman’s ability to overcome, refusing to get sucked down the toxic drain, and finding her power in doing so.”

A California native, Wyler released her 2013 debut Through The Noise while living in London. The album was praised by the likes of Nowness, Songwriting Magazine, Indie Shuffle who described her sound as “incredibly moving and luscious,” and Clash Magazine who called her music “subtle, delicate and very beautiful.” Closely following that album’s release, Wyler had a young son with a number of demanding medical needs. “It was my honour and privilege to make him my priority,” says Wyler. “Being a mother is and always will be my first job ahead of anything else.” During this time, Wyler found herself in a bit of a creative “freeze-over” as she calls it. “It was like I could see songs, ready to be born, but I couldn’t access them somehow.”  As things calmed down at home, however, her creative freeze began to thaw.

Now Wyler is returning in full force. Upside Now’s first single “The Calling” was used as the opening title music of the Amazon Original Series Tell Me Your Secrets and both “The Calling” and “Upside Now” have been featured on a number of top Apple Music playlists including New Music Daily, Acoustic Chill, New In Alternative, Breaking Singer-Songwriter and Wax Eclectic. 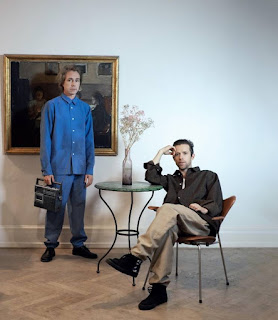 Tachys - When The World Wakes Up.

Tachys is a new Danish duo consisting of Jonas Bjerre (Mew, Apparatjik) and Tobias Wilner (Blue Foundation, New York United, Ghost Society, Bichi) and is equal parts pop and experimentation. Their sound incorporates a unique blend of genres. With their catchy songwriting, Tachys uses their melodies as a guideline through a mix of modular synthesis exploration, quasi-psychedelic pop, synth/chillwave, and nostalgic swirling shoe-gazey guitars. It all progresses into a blossoming dream-pop, filled with layers of textural electronics, catchy melodies and driving beats.

Having known each other since early childhood, Jonas and Tobias have often collaborated, crossing over into each other’s respective projects, but this is their first joint effort as a unit.

Debut single ‘When The World Wakes Up’ from Tachys is an upbeat pop song with underlying dark tones. The lyrics deal with unexpected twists of fate, both on personal and global scales. With the song Tachys blends the genres of nostalgic shoegaze, synth/chillwave into uplifting dream-pop atmospheres. One can imagine the morning summer light streaming through gossamer curtains, the natural awakening of the world around us gleaming with dew droplets and just – life in general – around us, chirping birds and the feeling of being not-quite-awake but not-quite-asleep either.

The song is written, recorded and produced by Tachys.  Mixed by Tobias Wilner. Mastered by Joe Lambert. 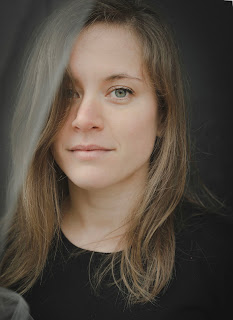 Settling soundly within this month of “June” comes Canadian folk-rock recording artist Deanna Drudge’s new single, video and album, Killing Time. At eleven tracks strong, the release is woven together with a lifetime of earnest experience left bare between the bars of song. The indie singer/songstress hails originally from Ontario farmlands, but has found herself among the wooded scenery of Squamish, British Columbia — a juxtaposition she says she leans on in her lyrics.

Enlisting the production talent of Kevin Ker, Drudge allowed the heaviness in her heart, brought on by anxiety and depression, to spin itself into the fabric of the record. And between her and Ker, Killing Time is an unmistakably honest offering and insight into a woman’s resolve to give herself license to heal, and ultimately create.

“Sometime during 2018, I wasn’t sure if I wanted to continue with music,” Drudge confides, but says it was the lockdown of 2020 that changed her perspective on writing. “I knew I needed to create something... Create something mostly for myself with no expectations of how it would turn out and what I would do with it after.”

Penning and arranging the tracks with simply a guitar is a testament to the freedom Drudge permitted herself walking into her first professional project. Her tenure as a recording artist has earned its merit by not pressuring the process; instead, allowing the songs to flow from an honest place, utilizing the time it required to be done right. “The songs evolved from a time when a decision was made to face and beat an almost decade long struggle with anxiety, depression and self-doubt,” Drudge reveals. “Most of the songs stem from a place of introspection; acknowledging the place I had found myself in and the moments throughout the next 2 years of battling toward self-acceptance.”

Leading off with her single “June” — a folk prog-rock charming ode to unrequited interest, and mustering the courage to say how she feels — electric chords and haunting harmonies lay claim to nods of the fantastical pique of 90s female alt-rock. While almost a seemingly Mazzy Starr/Chantal Kreviazuk testimony preached to a choir of Lilith Fair mainstays, Drudge manages to carve herself a new path of indie songwriting. 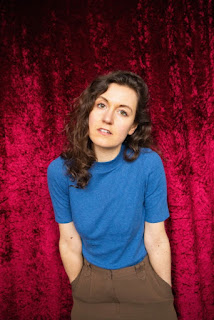 Someone - Paris At Midnight.

Someone (aka Dutch/British musician, producer and visual artist Tessa Rose Jackson) shares her romantically electric new single ‘Paris At Midnight,’ accompanied by a charming, animated video created by Someone. Someone describes ‘Paris At Midnight’ as having “an innocent and magical quality to it” as it reminisces that twilight zone of a young couple in love and follows them as they explore Paris in a romantic, starry-eyes state. To embody the glow of the lovers, the song is sound tracked by an old-school coquettish double-bass and mood-setting trumpet, used to evoke images of what Someone describes as “a trumpet playing wandering the streets of Paris after a show, noodling on his instrument and letting the sound echo don the empty streets…”

It’s the second single to be taken from Someone’s forthcoming debut album Shapeshifter, following the dreamy pop-psych of first single ‘Strange World’ (May 2021), the cinematic video for which, co-directed by Someone and streaming on YouTube, won Best Music Video at LA Film Awards.

The dreamy first two singles give a wonderful taste of what can be expected from Shapeshifter, an album of intimate, acoustic, suavely cinematic and velvet lined songs. It’s a sound that combines Someone’s psychedelic pop music, with a soul and voice as  light as Air, as fragile as Feist, as deep as Nick Drake and as future-psych as Tame Impala - with her most personal song writing to date (inspired a little by Joni Mitchel with a nod to her on Shapeshifter’s album artwork design).

Written in the throes of lockdown, Shapeshifter encompasses the sometimes surreal and dreamlike feel of  lockdown’s isolation, but more prominently it celebrates the wonder of the human mind and spirit to rise above such challenges. Songs such as aforementioned first single ‘Strange World’ and ‘Paris At Midnight’ offer a dreamy escapism, with a clear message from Someone of “Staying positive and staying playful.”

On other album tracks such as on warm acoustic opener ‘Save Me’, which nods to the Joni Mitchell influence; the piquing 60s psych and Feist-esque ‘Health’; the stirring ‘I’m Not Leaving’; and on the wide-open Sufjan Steven’s soundscapes and warm mellow grooves of John Mayer’s Continuum found on ‘Nothing Really Matters’, Shapeshifter offers a kind of sonic therapy. The listener is asked to have hope for the future, whilst friends are guided gently away from giving in to their negative inner voices, or self-destructive tenancies.

Like ‘Paris At Midnight’, Shapeshifter is a record as intimate and immersive as it is richly layered and evocative, and whilst it may not have been written about the pandemic specifically, after our collective experience of the last year, Shapeshifter  will undoubtedly resonate with, and elevate all, who listen to it.