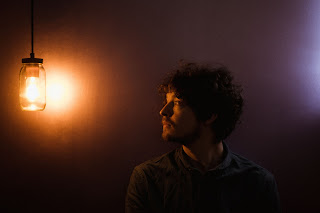 Northern Irish artist Conchúr White has released his new EP 'Dreamers', arriving ahead of UK + Ireland tours with Villagers, and Margaret Glaspy. Conchúr White’s 'Dreamers' EP was written over a year and a half long period and recorded across various different studios in the UK and US. Working with producers including Kevin McMahon (Frightened Rabbit, Real Estate) and Simon Dine (Paul Weller), the EP was then mixed by Matt Wiggins (London Grammar, Glass Animals, The Horrors).

Thematically the EP touches upon a number of pressing cultural issues and quandaries, all somewhat inadvertently rooted in a similar area – with Conchúr elaborating further: "I didn’t write the EP with a theme in mind but I’ve found there to be one. It’s about the importance of pushing yourself out the door but also giving yourself a break and understanding that everyone’s circumstances are different.”

EP opener 'Vocation Vacation' bursts into life with a tumultuous  piano run before White raises the curtain with the words "the world's at its knees, but I've got a plan / I'm gonna post Orwell over Instagram". Musing on various modern day dilemmas amid a backdrop of hushed organs, twirling bass lines and rattling percussion, "Vocation Vacation" is part commentary on influencer culture, part acceptance of getting older.

"Go Easy" follows – a delicate folk track examining a strained relationship after a shared family loss. Speaking on the track, Conchúr said "I think that we often look for something or someone to blame for loss. Relationships with friends, family, partners can be difficult because they remind you of the person who is gone." Title track "Dreamers" explores notions of small town culture and moves effortlessly between soothing folk and indie-rock bedlam, with Conchúr professing, "I've been talkin' 'bout it since I don't know when / I had excuses for days and they were 10 out of 10s" / until I finally make it I won't scream or shout / cause we've all been dreamers 'til we get found out".

"It's about feeling silly for having dreams or aspirations beyond what you've known, so you make excuses or self sabotage," Conchúr explains. "I worked with a lot of young people from the local area who at such a young age felt like they wouldn't go beyond where they were, which was quite sad. The main message is we all have a right to dream and aspire for something more whether it seems silly or not." The EP closes with "Killing Us", which was written during the first few weeks of lockdown back in March 2020. Written about trying not to regret or worry about things, Conchúr was struggling to finish the track, before stumbling across a voice-recording of his late Grandfather.
Conchúr White · Dreamers EP 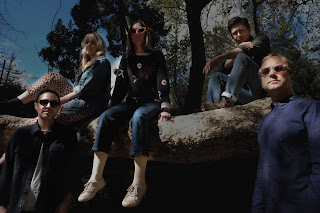 Massage - At the End of the World.

Los Angeles' Massage has shared the latest, and final single, from their forthcoming album, Still Life. Listen to "At the End of the World" here.

"This Massage LP better not sell out before I get paid, though admittedly, it should definitely be on everyone’s radar. The latest single has this wistful vibe, something akin to a movie scene where the passenger stares longingly out a window hoping/praying for a better day than today…or at least that’s how I’m hearing it," says Nathan Langford of Austin Town Hall. "Plus, the jangles and the synths give the song this wash that sounds incredibly similar to Another Sunny Day’s 'You Should All Be Murdered,' and that is 100% reason alone to steam this song and tap your toes. I mean, how many great songs can this band write? We’re going to find out when Still Life drops."

On their sophomore effort, Massage manage to take a quantum leap forward in songwriting, production, and depth, all without seeming to try. These 12 deft songs are full of late-summer sunlight and deep shadows, pained grins and shared jokes, shy declarations of love and quietly nursed heartbreak. Still Life resurrects a brief, romantic moment in the late-'80s, right after post-punk and immediately before alt-rock, when it seemed like any scrappy indie band might stumble across a hit.

The kind of music Massage makes—sunny, bittersweet, tender—is less a proper genre than a minor zip code nested within guitar pop. Take a little "There She Goes" by the La's, some "If You Need Someone" by the Field Mice; the honey-drizzled guitars from The Cure's "Friday I'm In Love,"  a Jesus & Mary Chain backbeat, and you're almost all the way there. Indie pop, jangle pop, power pop—whatever you call it, pushing too hard scares the spirit right out of this sweet, diffident music, and Massage have a touch so light the songs seem to form spontaneously, like wry smiles

Still Life sees release via Mt.St.Mtn in partnership with Bobo Integral (Spain) and Tear Jerk Records (Australia) on August 7 (barring pressing plant delays). It is offered on coke bottle green vinyl and will be distributed worldwide by Revolver USA and Cargo UK. 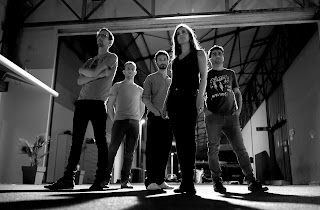 About three years after the release of 'Incomplete Puzzle', French indie/trip-hop colective The Lost Merdian just unveiled the first single from their next release with a music video illustrating the song "Caterpillar" (with the contribution of a feminist collective Collages Féministes Bordeaux).

This new track - which talks about sexual harassment and violence in public against women - will be featured on the band's upcoming EP 'Regardless of what the omen said' to be released on September through all platforms.

Founded by four boys and a girl (from various local bands such as Beautiful Lunar Landscape, In Veins or Novlang...) in 2012 around the Bordeaux city area, The Lost Meridian drawns its musical path from the roots of the British 90's/2000's scene playing around Archive, Morcheeba or The XX.

After spending about 2 years to find its own artistical figure, the band recorded a first EP called 'Useless Anger' released in 2015.Some gigs later and a couple of months spent to write new music, The Lost Meridian released 'Incomplete Puzzle' (2018) very well receveid by both professional and public audience. 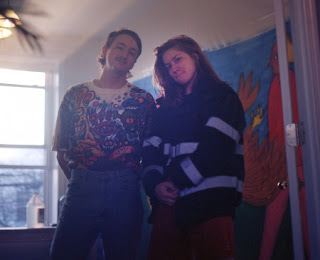 The digital punk duo Stice celebrate their signing to Philly indie label Ramp Local with the release of a dizzying ADHD-ASMR-breakcore-punk single “I Need Cash!!!” The track channels the frenetic energy of noise-punk contemporaries Machine Girl and Deli Girls, while also incorporating modern house sensibilities a la Against All Logic. Better yet, it's paired with another addition to Stice's vault of unhinged greenscreen'd music videos, all directed, edited and starring Stice's vocalist, Crab.

Stice vocalist Caroline Bennett aka Crab (formerly of Kiddy Pool, which would later become Machine Girl), and producer Jake Lichter aka Jark (of Maine experimental rock trio Lunch Cult) like to imagine they met as teens on the website Chatroulette, and immediately bonded over their mutual interest in the far corners of the Internet. Since their formation, Stice has been making warped industrial dance for the internet age, capturing the chaos of the digital hellscape with a bombastic and frantic absurdism.

Around 2018, the two began to email lyric snippets and sound files back and forth, which Jark, using cracked copies of Cubase and FruityLoops, dutifully assembled into rudimentary beats on Jark's Lenovo ThinkPad. Early tracks like “Vore Night” and “My Life as a Dog in Heat” proved minor SoundCloud sensations on its Industrial chart, and the duo started to gain traction on Blogspots and Tumblrs for their aggressively crack brained vocal stylings and frenetic fever-dream production.

Compiled on their first outing The Very Best of Stice (2019), selections from this era mined such far-flung territory as the soundtrack to the PS2 tie-in video game Shark Tale (2004) and snippets of bar mitzvah hip-hop, spinning unlikely samples into booming in-your-face hype anthems. Their music videos, always directed by and starring Crab, meanwhile, gained cult followings for their shoestring resourcefulness and hyperactive editing, akin to a bad trip while surfing an iPad. In the world of Stice, bodily functions and urges get all mixed up, turned in on one another, repressed one moment and uncontrollably erupting the next. It’s Bataille’s outrageous eroticism for the post Vine age.