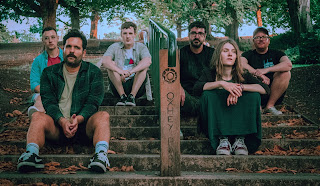 ‘Matches’ is an exploration of political division, set to a backdrop of glistening guitars, a driving melody and the band’s signature harmonised dual lead vocals. “Watching the way political discourse has played out over the past few years and the tension that comes with polarising views - it’s exhausting. No one wants to be proven wrong.” says co-lead singer Roberto Cappellina. “There’s a need for space to have real conversations with each other and to listen. This song is about reaching out to have those conversations.”

After a handful of self-releases and a stint of heavy touring with the likes of Nervus and Orchards, the pandemic forced Lakes to slow down, having been catapulted a long way in a short space of time through consistent hard work and sheer tenacity. The six individuals that make up Lakes took the opportunity to formulate new ideas ready for their newest offering, and fired by a strong ‘do it yourself’ ethic, they collaborated remotely on bringing each other’s stories to life. The resulting album, mixed by Neil Strauch (Owen, Owls, Joan Of Arc, Anathallo, Slow Mass etc), captures themes of healing, hope and relief.

“This batch of songs has been a vehicle for healing for all six of us in some way, so there are a lot of different but raw themes throughout the record. Even though we’re currently all isolated from each other, the one person you can’t escape is yourself,” says Cappellina. “We talk about anything from mental health to addiction; from break ups to cutting out toxic friends, to postpartum psychosis. We’ve been to some dark places between us, but ultimately, ‘Start Again’ is about coming out the other side. This record is about facing that darkness, owning it and letting go of the past. It’s about being at peace with it and moving forward and saying that it’s actually OK to start again.”

Inspired by midwestern emo giants American Football’s LP2, ‘80s pop rock icons Fleetwood Mac, Phil Collins and Peter Gabriel and stimulated by the sonic legacies of their scene peers (The Appleseed Cast, TTNG, Broken Social Scene and Bon Iver),  the band was born out of drummer/guitarist Matt Shaw’s newfound desire to write music. Within the space of a month, he had the basis for an EP (2018’s The Tahoe EP and 2019’s The Geneva EP) and an album laid out. With former bandmate Roberto Cappellina on vocals, those early works were recorded on a single mic and PC. Soon the pair were joined by Blue Jenkins (vocals, glockenspiel, keys), Rob Vacher (guitar), Gareth Arthur (guitar) and Charlie Smith (bass). 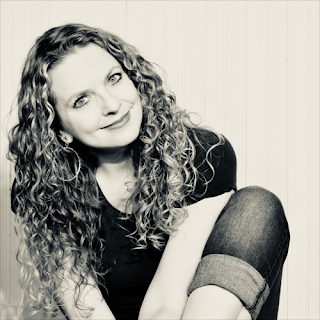 Award-winning musician Jennifer Porter has just released her eighth album, Sun Come And Shine.  During preparation for her newest project, Porter’s transcendent songs and inimitable velvety voice attracted the attention of legendary drummer and music director Bernard “Pretty” Purdie, whose prodigious, decades-spanning body of work Jennifer had long admired.  Mr. Purdie insisted that Jennifer record live with his band at his favorite studio in New Jersey.  Within days, dates were set at Jankland Recordings, for the summer of 2020.  A Covid-safety protocol was set up at the studio, with strict masking and social-distancing guidelines. What followed was a series of memorable adventures, with trips from Maine (where Jennifer lives) to New Jersey, squeezed in between Covid surges and self-imposed quarantines.

Sun Come And Shine includes ten songs, nine of them originals by Jennifer.  The album was mixed by the talented Jonathan Wyman, and mastered by multiple Grammy-winner Adam Ayan.  Sun Come And Shine is released under Porter’s own label, Cougar Moon Music. 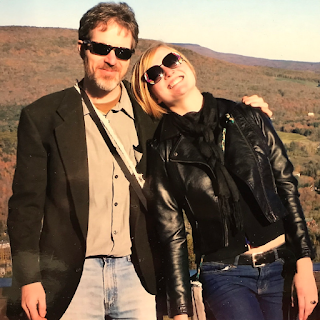 Background from Teeniest: It's been a couple of years since we've recorded a new song, but now we're happy to write to introduce you to “Better Smile” - the new song by the New York duo, Teeniest.

It’s a song we wrote about being sunny despite all the darkness. “Better Smile” has a rootsy vibe, with slide guitar and accordion.

On upright acoustic bass is Pete Toigo, who has played and recorded with artists ranging from Natalie Merchant to Terry Adams of NRBQ. 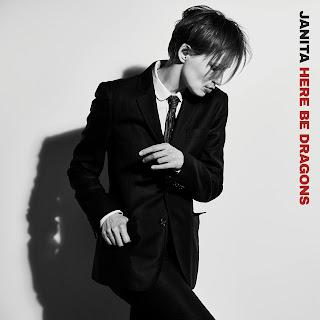 Janita - I Forgive You.

Janita’s new album, Here Be Dragons (ECR Music Group), arrives on the heels of multiple, triumphant single releases. Billboard Magazine writes, “Janita is creating a timeless, sensuous, musical mosaic that deserves to be heard. This woman’s got the goods.”

Following two single premieres on Spotify’s coveted New Music Friday playlist and racking up over half a million views for her music videos for singles “Digging In The Dirt” and “Not What You’re Used To,” Janita has won a new-found global audience.

Already an iconic music figure in her native Finland, the long-time New York City resident has enjoyed critical acclaim fused with commercial success—an uncommon achievement which propelled her across 60,000 miles of touring for over 100 performances on both sides of the Atlantic in 2018 and 2019.

Recent singles “Bliss I Once Had This,” “I Do,” and “Our Love Is All We Have,” have garnered her national TV, press, and media in the United States and Europe following their releases.