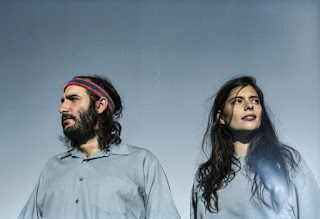 Treasure Island is the name of a beloved beach town on the Gulf Coast of Florida. The TI beachfront is home to a number of pretty iconic 1950s roadside architectural landmarks, like the Thunderbird Resort’s oversize neon sign, which we reference in the opening line of the song. It’s not a hidden-getaway type of spot but to us that beach always radiated a kind of magical healing energy. This song whose basic rhythm track was composed and recorded in a 10-minute span at Rockaway studio in December 2018 was our humble attempt at bottling Treasure Island’s atmosphere, in musical form. Featuring “the funkiest drum machine ever,” according to Shags.

With the band having recently relocated to LA, the album was intended as the final installment of Pearl & The Oysters’ ‘Florida trilogy,’ begun on their self-titled debut (2017) and continued on Canned Music (2018), a space age odyssey equal parts fawning over the Floweredland’s natural spectacles and mourning the peril that climate change has wrought on it all.

In comparison with previous releases, Flowerland reveals more of the inner workings of Davis and Polack’s minds, with the pair trading fantastical stories about zany characters for more personal narratives detailing worries of the everyday and universal variety. While the music remains primarily indebted to the escapist optimism of late-1960s soft pop, cloudier themes such as eco-anxiety, depression, and the stresses of finishing graduate school are all explored (somewhat cryptically) in the lyrics, although never in an overwhelming way. For Davis and Polack, Flowerland was meant as an attempt to channel crippling emotions into an uplifting listen, rather than a deliberately heavy experience. 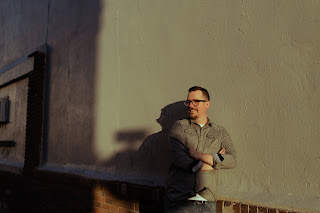 ’Edouard Landry's songs are a mix of pop, rock, folk and catchy melodies. The Sudbury, Ontario artist was nominated for the ‘Best Male Performer’ category at the Gala des prix Trille Or (2017), ‘Francophone Artist of the Year’ at the Country Music Association of Ontario Awards (2020).

His albums Pomme plastique II and L’escalade were nominated ‘Best Album by a Francophone Artist’ at the Northern Ontario Music and Film Awards (2017 and 2019).

Ed has released his first full-length English album, Be Here Now, about finding mindfulness and inner peace to live in the ‘now’ no matter where you are. The theme of the album is learning to live in the moment. 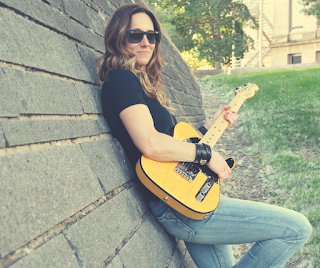 Jennifer Lyn & the Groove Revival - Nothing Holding Me Down.

On the plains of North Dakota, USA nestled between the tall grass and the open prairie sky sits a recording studio. The sound of over driven guitars with dueling lead harmonies and classic rock undertones rips through the air followed by vocals that reach you with a deep resonation in your soul.

This type of music, uncharacteristic of the area, is akin to a sound of decades past and Jennifer Lyn and her band, Jennifer Lyn & The Groove Revival, are determined to share their spin on this style of music with the world.

Her band's latest project, titled “Nothing Holding Me Down”, features music from a woman who clearly has a soul set a blaze like a person baptized in the river of Rock n Roll. Lyn was a child heavily influenced by the sounds heard while spinning her parents’ vinyl, and that influence led her to capture various genres on this release such as Rock, Blues, R&B, and a dash of roots music.

This album is reminiscent 60s and 70s vibe Music melted into a pot of contemporary Blues-Rock.