Following up on the 2020 release of their second EP ‘All Hail To Your Queen’, Bristol-based atmospheric Alt-Pop quartet Ålesund return with upcoming EP ‘A Thread In The Dark’, due for release July 9th.

After the untimely curtailing of their European Tour in Spring 2020 due to the COVID-19 outbreak, Ålesund travelled back to the UK feeling uncertain. Although things were going so well with a new offering and an extensive touring and festival schedule to get stuck into, the timing of the unplanned hiatus was less than ideal. Rather than take it to heart, the group’s vocalist and songwriter Alba Torriset retreated to her hometown of Hastings to try and reconnect with music in a positive way.

“With all the negativity in the world, I wanted to create something uplifting and optimistic,” she says, and so the four track EP ‘A Thread In The Dark’ was created. Alba and guitarist Lloyd Starr started to put together demos with a euphoric and festival-tinged edge. They then engaged with long term collaborator and producer Jake Bright to help build the record.

This is the first time that a batch of songs have been created in this way for the band. Due to the inability to all be in the same room, Alba tried her hand at Logic and demoed her ideas to send to the others. She went back to basics creating rhythm and texture by layering up clapping and even using wooden spoons to get the percussive sounds she was after. She also layered up lots of backing vocals to flesh out her ideas. These all became features within the record and the rest of the band liked how the lockdown restrictions had actually pushed the sound forward in ways it perhaps wouldn’t have if they had all been able to jam the ideas in the same room.

Throughout the EP Alba’s intoxicating vocals take on totally different auras that interchange based on the musical landscapes they’re placed against; soaring atmospheric synth-laden soundscapes, shimmering guitars and tantalizing grooves. 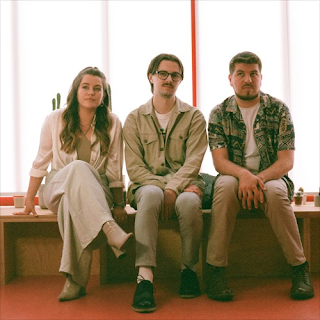 'The WildViolets are a London-based trio that have taken a unique turn in music making, endeavoring to restore the soul in pop. Drawing inspiration from the likes of Franc Moody, Jamiroquai and Nile Rodgers, the band strive for a fresh ‘funkypop’ sound that gets audiences on their feet and dancing.

Since 2015, the WildViolets have released a sizzling blend of songs that combine soulful vocals with funky guitar and playful brass backing. During their journey across the London circuit, the experienced live act has performed at some of the city’s most prestigious venues, including the O2 Academy Islington and Camden Assembly.

The jovial, uplifting, summery vibe of The WildViolets’ latest single “Indian Summer” is inspired by the band’s affection for the summertime. An affection which is particularly relevant given the easing of COVID-19 restrictions and the hope amongst the musical community for a ‘Third Summer of Love.’ Felipe Franco, The WildViolets, said: In the UK our hot summer days tend to be short and infrequent. This is similar to the phenomena of the “Indian Summer” which is where brief spells of glorious sunshine break up the bleak autumnal months.

So, in its very essence, they are both fleeting occasions which we long for but are only briefly in our grasp. This longing can also be a metaphor for someone you love who you rarely cross paths with anymore. Or for the longing for some normality which the opening up of society on July 19th can hopefully bring. A ‘Third Summer of Love’ is just what we all need right now!” 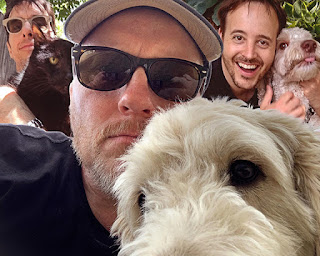 With The Golden Seals’ latest feel-good summer banger, “To Be or Not To Be (With Me)” — available now — vocalist, bassist and guitarist Dave Merritt channels the soliloquy spirit of ‘The Bard’ with the lyrics “I know I'm no Olivier, I'm just an old clown; but the irony is, I’m bringing us down.”

Prior to Merritt hitching himself to the Seals’ golden ride, the multi-faceted musician was a staple for over three decades on the Canadian music scene, including with his first project, Adam West. Merritt’s songs have also been recorded by Rheostatics and sung by songstress Sarah Harmer. 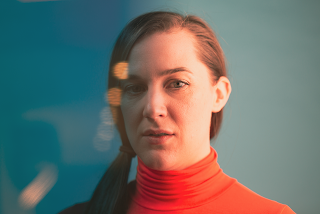 “Searching for a tune / That I haven’t sung before / One that’s lesser used and lesser sad / But somehow maybe more,” award-winning singer-songwriter Josienne Clarke sings on ‘Super Recogniser’, the opening track of her new album, A Small Unknowable Thing. For the first time since her early beginnings, Clarke is flying solo. No label, no musical partner, no producer. Clarke is in complete control of her songwriting, arranging, producing, release schedule and musical direction. It’s not only enabled her to find a tune she’s never sung before, but it’s also lesser sad and more – because for the first time, Clarke isn’t being told what to do.

“I realised that I had to be so explicit in explaining how much I’d done in order to get credit for it,” Clarke explains. “I started saying ‘No, actually, I did all of this, can we put my name on this thing?’ It’s really resisted – it’s as if I’m being an arrogant megalomaniac for wanting the credit for stuff that I did. Now, I just do it all by myself. If there isn’t another name on it, then there can’t be a misappropriation.”

A Small Unknowable Thing is, at least in part, about recognising there are still existing structures to keep women in their place – but it’s also about having the courage to break those structures down too. While the themes might feel familiar to her fans, the musical journey will not, with Clarke taking in a wide range of new and diverse influences across the album – from Adrianne Lenker’s ‘Hours Were The Birds’, IDLES’ ‘Colossus’, Radiohead’s ‘Airbag’ to Phoebe Bridgers ‘Garden Song’, The Beastie Boys’ ‘Remote Control’ and Sandy Denny’s ‘Listen, Listen’ and more, the album’s touchstones span a vast musical collage of anger and hope.

Clarke’s stunning, Joni Mitchell-like voice is allowed to soar on the gorgeous ‘Super Recogniser’ with sparse, minimalistic guitar allowing for a renewed focus on Clarke’s poetic lyricism and storytelling. At times, songs on A Small Unknowable Thing take you out of harsh realities and into hopeful daydreams, finding positives from the negatives via synth-folk and surprising, unexpected sonic experimentation which pushes the boundary of indie-folk to daring new areas.