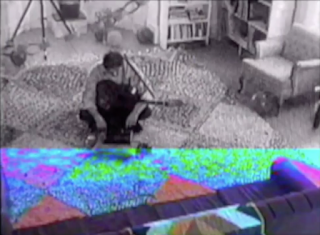 By Jesse Locke · April 29, 2020: In 2015, cult Canadian indie-rocker Jon McKiel purchased a Teac A-2340 reel-to-reel recorder from a stranger online. After setting up the machine, he discovered one of the 30 tapes it came with contained recordings made by a previous owner. These included snippets of single instruments, vocals, and one nearly fully formed song.

Four years later, McKiel teamed up with producer Jay Crocker (Constellation Records’ experimental electronic artist JOYFULTALK) to transfer all the material they could excavate from the reels to a hard drive. McKiel then chopped the sounds into 10-second loops, and used those samples as a foundation for a series of eerie, psychedelic pop songs. The project was credited to a character who was partially McKiel, and partially the stranger who sold him the machine: Bobby Joe Hope.

The strolling, melancholy pace of “Management” will appeal to fans of Chris Cohen, while the video game tribute “Secret of Mana” might just be the nerdiest song of 2020. Perhaps the record’s most apt contemporary comparison are the ramshackle home recordings of Sub Pop artist Chad VanGaalen, as well as his production work for the spindly, post-punk group Women. The influence of both can be heard strongly on Bobby Joe Hope’s standout track “Object Permanence.” As McKiel’s lulling delivery floats over chiming guitars and a stately bass line, he raises spirits in more ways than one. 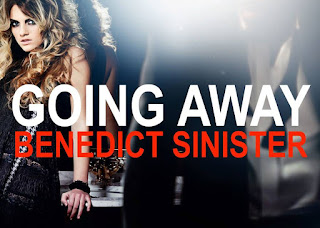 Club hit “Going Away” by Benedict Sinister (which has already reached the top ten in the UK MusicWeek Club Charts) is poised to cross over to the pop charts with a new video combining a sexy video game aesthetic with a cold evocation of a relationship break-up.

“Going Away” is the best example yet of Sinister’s extraordinary combination of house lounge music with adult alternative vocal style and subject matter: break-ups and the great art they have inspired, from Verlaine to Hemingway to Gainsbourg, Jimmy Webb, Jeff Buckley and Lana Del Rey – who are all quoted in the song.

Sinister teamed up with LA DJ and tastemaker Christian B on this track. Their last collaboration, “16 Lines from Bryan Ferry” hit the No. 5 Breakout spot on Billboard’s Dance Club chart. 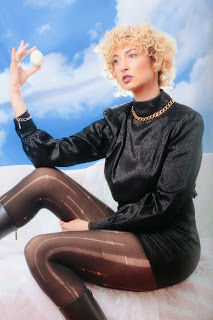 In the lead up to the album’s release, LIP TALK will share a new single every Tuesday, beginning today with the curious and vibrant track “HD” and accompanying music video by Haoyan of America.

Pedinotti explains further about the track which was written the week after US Election Day 2020: "After a traumatic week of increased television consumption I started having dreams in HD. The highly defined quality of the news anchorʼs skin painted perfectly with make-up and the fly on Mike Penceʼs head seemed to loop inside my head. I let myself get psychedelic in the verse and in the chorus I pretended I was Dolly Parton, for the sake of America."