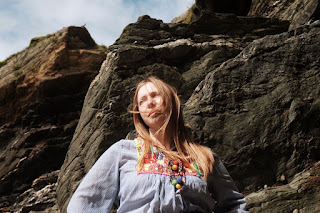 Alice Hubble has announced her new album Hexentanzplatz will be released on September 10th, 2021 via London-based electronic-pop label Happy Robots. Described as the work of ‘one lady at home with her enormous collection of synthesisers’, Alice Hubble mixes melancholic pop, layered vintage synths and elegant vocals, reminiscent of Ladytron, Jane Weaver and Goldfrapp. Her debut album Polarlichter was released in September 2019 to much critical acclaim.

Lead single ‘My Dear Friend’ was inspired by the discovery of a collection of love letters written by Hubble’s mother to her father around the time that they first met. “My mother passed away when I was in my teens and these letters gave me a real insight into who she was as a person, her ‘newly in love’ giddiness jumping off the page,” she says.

Her new album Hexentanzplatz, named after the German mountain steeped in magic and legend, translates literally to mean Witches’ Dance Floor. An apt title for an album that dances its way through themes of illusion, love, feminism and protest whilst maintaining glistening, 80’s synth-pop sensibilities. Whilst Hubble was driving around the Harz Mountains last summer, the song ‘Beautiful Madness’ by Michael Patrick Kelly was on regular radio rotation. She repeatedly misheard the lyrics, thinking Kelly was singing “Oh what a beautiful mountain”, a sentiment which had much more resonance given their surroundings. The misheard line made Hubble smile and became the basis of her new record’s title track. “Being an eternal optimist I felt the need to write something in 2020 that was full of hope and positivity,” she says. 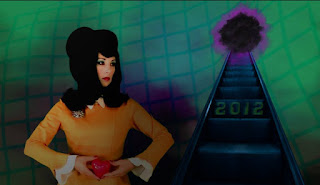 Take a wistful railway journey with Petunia as she tells you about a man who used to be, and come waltzing down the dusty tracks of the forgotten American dream.

Petunia-Liebling MacPumpkin is an escaped ghost from an old coloring book that was left out in the rain at some point in the 20th Century. Waltzing With Charley is the 11th video taken from her second album (I Left My Heart in Uncanny Valley).

She also recently curated a remix album entitled All My Friends Live In Uncanny Valley, featuring the likes of Renaldo & The Loaf and Toxic Chicken gleefully rearranging her songs into strange new forms. 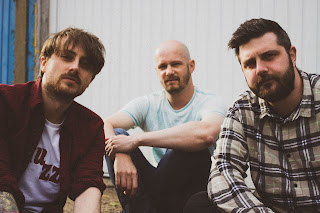 Dude Safari - Maybe It's A UFO.

As the dust settles on the recent single ‘Big Worse’, Dude Safari have shared another self confessed Grunge-Pop number in the form of new track ‘Maybe It’s A UFO’.

Previous single ‘Big Worse’ featured heavily on BBC Introducing, Amazing Radio & Total Rock shows, and made it onto Spotify & Deezer Editorial playlists. All with no management, label or paid PR.

‘Maybe It’s A UFO’ is made up of the very fibres of what Dude Safari wanted to extrude. Big & heavy powerhouse instrumentals with a poppy vein running straight down the centre. Reigning in on the influences, Weezer inspired bubblegum vocals with a heavy grunge backbone that channels the likes of Dinosaur Pile-Up & Nirvana.

Due for release on July 2nd 2021, ‘Maybe It’s A UFO’ is Dude Safari’s fourth single. It follows their debut ‘Bug Hunter’, ‘Lead Balloon’ & more recently ‘Big Worse’ which came out last month. For a band that started in the embers of 2020, a single a month in 2021 is the kind of routine firepower the band plan to extend for the coming months...and beyond.

Recorded & written from each member’s abode, Dude Safari ran a tight ship & even future proofed the way the band recorded...even after Covid. The drum tracks for all singles were recorded remotely in Audio Beach Studios in Brighton & the tracks were Mixed & Mastered by Jake Day at North Acre Studio in Cambridgeshire. 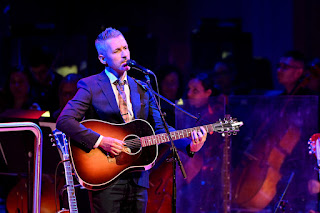 Royal Wood - Say You Will.

Singer, songwriter, multi-instrumentalist and producer Royal Wood has established himself as a true musical talent. Since being proclaimed Songwriter of the Year by iTunes, Royal Wood has continued to evolve and hone his musical craft – maintaining an unmistakable identity while uncovering and reinventing his sound.

Royal Wood has three albums that have debuted in the Top 30, multiple JUNO nominations, multiple Canadian Folk Music Award nominations and a #1 added song at Hot AC Radio. His songs have been heard on high profile sync placements like Grey’s Anatomy and Private Practice. He has headlined all over the world including iconic venues like Massey Hall in Toronto and has performed his music with major symphonies and opened national tours for legendary artists like Bonnie Raitt and David Gray.

Now with this new single “Say You Will,” Royal Wood once again goes at the heart of the matter with love front and centre.

I’ve always been drawn to writing and singing love songs. And honestly I’m not embarrassed to admit it either. Love songs make the world go round.

“Say You Will” is about choosing to invest in the relationships that mean the most to you and hoping the love you give comes back in equal measure. Sometimes cynicism abounds, and right now we are either sheltered at home with those closest to us or, like many, we are far removed from the ones we hold dear and miss them like crazy. As a result I felt like we needed to celebrate and remember the most important reason we live now more than ever – to love and to be loved. That’s really what inspired the song.
Royal Wood · Say You Will