"Sick of Me" is Molly Hanmer's first single in three years and the first offering off the band's sophomore album Get Loose, due out on September 2021. The song comes after the release of Molly's debut album Stuck in a Daydream, released in 2018 with warm recognition from the National press and radio.

Get Loose parts ways from the Americana-themed compositions of its predecessor and dives deeper into Molly's passion for rock, blues, and psychedelic melodies. Lyric-wise, this new record feels more personal and brings awareness to political and social subjects that had an impact in the band when writing and composing the songs. As the title implies, this album is less restrained or unrestrained, hence "Get loose".

The 10 songs included in Molly Hanmer's upcoming album are longing for freedom to shake off the confines of the pandemic as well as our own critic or fears/inhibitions, urging us to break free, physically and emotionally.

"Sick of Me" was chosen as the song to kick off this new album. Musically fun, dynamic and radio-friendly, it could be the soundtrack of any Route 66 road trip; lyric-wise, the song is an acknowledgment of the fact that ultimately we need other people, with the pandemic keeping us isolated from one another. The importance of connecting with another, and aims to be a reminder that “me, myself, and I” can’t be our sole focus.

"Sick of Me" was written in the height of lockdown, at a time when it was impossible not to be real. And what was real for us was this loneliness, this longing to connect with others, which felt both vulnerable and even a bit perverse. There was anger, too, which you can hear as the song kicks off with this relentless immediacy. And "Sick of Me" was also cathartic, a way we could express our feelings, without breaking the furniture. And if you hear a nod to Iggy and the Stooges or the Buzzcocks, well, you wouldn’t be wrong. In sum, "Sick of Me" is an expression of the angst and longing we felt during a profound and painful time in our shared history. 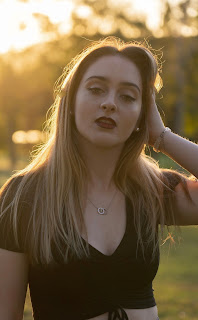 Piper Butcher - Before The Thunder.

Off the back of her debut single that debuted at #3 on the iTunes Alternative Chart, Newcastle singer-songwriter, Piper Butcher, is back for more with her brand new track, “Before The Thunder”.

Piper is one of the hottest new names to hit the Australian Americana scene and “Before The Thunder” is sure to capitalise on the success of its predecessor.

Piper says, “the song emanates a story of when someone wants something they can’t have and tries to cross the line to make it happen”.

The song brings about different side of Piper showcasing strong melodies and bluesy guitar licks that would make even John Mayer proud. Her versatility shines through and cements a class act that can straddle genres with the best of them. 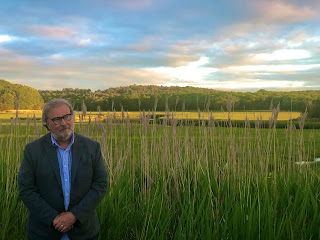 Today, Robert Ellis Orrall shares the summertime-ready single “Sunshine” from his forthcoming album 467 Surf and Gun Club, out August 27 via Infinity Cat imprint Fixation Records. Accompanied by a music video starring power-pop Infinity Cat band Nectar and released on the same day as the label’s 19th birthday, “Sunshine” is every bit as nostalgic as it is catchy-as-hell.

“This song's about making the sunshine, spreading the sunshine, and letting the sun shine on the people you love,” says Orrall. “I'm hoping good times are back in style and our days can get a little bit brighter, no matter what the weather is outside.” He continues, “I asked Nectar - a band I like a lot - to make a video because they share my hopelessly optimistic in-spite-of-reality wish that we will all find a little more sunshine in our lives."

Nectar adds, "We filmed the video on one of the hottest days of the summer, so we were truly fueled by sunshine. The upbeat, good vibes of the song really set the mood and we had a blast!"

Owner of Infinity Cat Records and father to JEFF the Brotherhood’s Jake and Jamin Orrall, Robert Ellis Orrall is a Nashville legend. At the helm of the beloved indie label for almost two decades, he guided Nashville's punk-rock underground and launched the careers of bands like JEFF, Diarrhea Planet, Be Your Own Pet and Daddy Issues out of the now-demolished house at 467 Humphrey Street. But Infinity Cat is not his first success story. By the time he launched the label in 2002, the Massachusetts-native had already enjoyed a milestone-filled career as a major-label artist and behind-the-scenes songwriter, racking up Top 40 hits from the ‘80s through the 2000s and co-producing Taylor Swift's multi-platinum debut album.