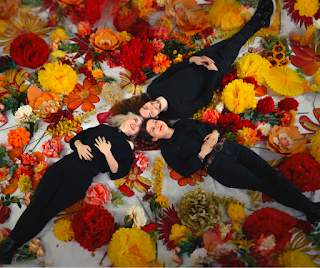 The Accidentals, an indie folk-pop, rock trio, announce the October 1 release of their new album Vessel, co-produced by John Congleton (St. Vincent, Lana Del Rey) and Tucker Martine (Decemberists, First Aid Kit). Following their critically acclaimed release Time Out Session 1, the new album blasts through the isolation of the last eighteen months with a shot of alt-rock muscle. “Go Getter,” the first single off the album, has a catchy-as-hell melody with a much-needed message – “Shake off the pressure, sometimes you’ve gotta burn it down to build it better.”

While the accompanying music video for “Go Getter” features Goonies-era cinematography and a relentless search for the elusive “goat," the song’s lyrics compel the listener to keep moving forward even as life gets heavy.

“‘Go Getter’ is all about not getting bogged down in the details,” the band explains. “Each single art on the Vessel album is a piece of the final album art. When the album comes out the whole picture is revealed.” They continue, “The Vessel album is about letting go of the small stuff and keeping an eye on the wider perspective. ‘Go Getter’ just feels like it embodies the spirit of the album; it says, “we’ve got this.’” 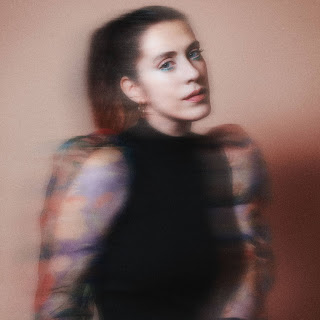 New single Glow & Ignite by Katherine Aly has just been been officially released. Despite being a relative newcomer, Edinburgh-based Katherine Aly is generating a significant buzz.

The new single Glow & Ignite received it's first spin via BBC Introducing. Phoebe I-H & Shereen Cutkelvin enthused, "..that hook is So catchy, we’ll be singing it for sure. Katherine is definitely reeling us in with those ear worms.."

Featured in Vogue Italia, Artist of the Week in The Scotsman, she’s been championed by The Skinny, Tenement TV and airplay courtesy of BBC RAPAL, Amazing Radio, as well as stations across the USA, Canada, France, and as far afield as Australia. Katherine Aly has performed at Edinburgh Festival Fringe, Hidden Door, Tenement Trail, Kelburn Garden Party and legendary venues such as The Dublin Castle (London) and King Tuts Wah Wah Hut (Glasgow). 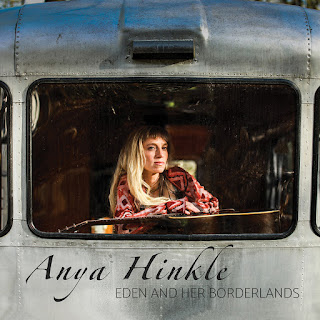 Anya Hinkle is making her debut as a solo artist with Eden And Her Borderlands, an album that's roots music in its most modern form now available from Organic Records. The album — which includes six critically acclaimed singles— further cements Hinkle's reputation as an artist with vivid storytelling, vibrant musicianship and arresting honesty, which in the past have led her to win the MerleFest Chris Austin Songwriting Competition and be a finalist in the Hazel Dickens Song Contest for her song “Ballad of Zona Abston,” featured on her former band Tellico’s 2018 release Woven Waters which had a #1 single, #1 band and #2 album ranking on the Folk DJ charts in November 2018.

Of Eden and Her Borderlands, Hinkle says, “Eden represents the essence of life, the wholeness, innocence and perfection that is our birthright, those things that seem to get stripped away from us along our journey. The past year isolated us and, despite the hardships of the pandemic, I had an opportunity to view myself and my circumstances differently. Living in uncertainty, I cancelled all my plans and lived more in the moment. I became more grateful for what surrounds me: my home, my pets, my family, my neighbors, my community. I gained a deeper appreciation for those that support us: mail carriers, medical workers, grocery store clerks, the guys on the garbage trucks. I began to feel unexpectedly open and curious, like I was moving ever closer toward Eden by breaking open my heart and mind.”

“This album is an expedition through the great pandemic experiment, with songs that touch on the many facets of a life in isolation. ‘Lady Luck’ asks, ‘Will you hold the line for me?’ asking the existential questions that surfaced: Am I doing what I am meant to do with my life? Is it time to make a change? ‘Road of the Winds’ searches for Eden, for the Motherland, beseeching the winds to ‘lift me up, take my hand, fill my sails and guide me on again.’ There were storms, like the one described in ‘Hills of Swannanoa’ — ‘then it rained, Lord it rained, oh the tears came pouring down like rain.’ There were benevolent spirits like ‘My Faithful Sparrow’ who ‘at the dawn from the sky, you spread your wings and fly on down to me.’ And there were times when there were no words, like the far-ranging instrumental ‘Meditation: Beyond the Shores of Darkness.’”
Anya Hinkle · Eden and Her Borderlands 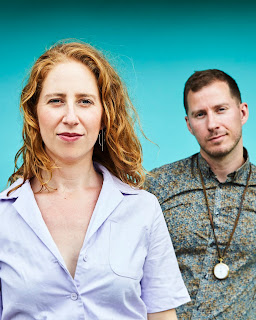 The indie art-pop band, Hush, forges dynamic and ethereal songs that bring together a multitude of different instruments and talents.

Their songs touch your heart with beautifully expressive lyrics while entrancing your ears with genre-bending sounds.

The duo was formed by singer/songwriter Jessica Deutsch of the Toronto chamber-folk group Ozere, and multi-instrumentalist music producer Tyler Emond, who performed under the moniker Tennis Partner.

Together they’re bringing a fresh new wave of music to listeners around the globe.