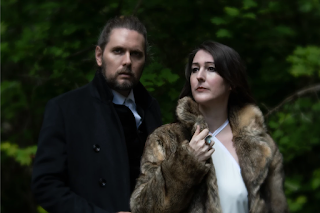 Wrapped in the warmth of cinematic strings, airy siren choirs, and yearning lead vocals, California invites us to pause as we begin reaching out again for the things we love and missed during our collective isolation, and consider how much they, and we, have changed.

Always ambitious in their quest to create unique compositions that stand out from other string-heavy chamber-pop, their latest release California is a beautiful art-song reminiscent of Damien Rice or Joanna Newsom.

The song begins in warm orchestral depths, with Williams delivering the song’s hook, “Do you remember?” in delicate yet sanguine tones, setting us up for the tug-of-war between fond recollection, consolation, and sorrow that permeates the compact 2:30 song, floating upon multi-instrumentalist and producer Katie Mosehauer’s elegant violin melodies and choral soundscapes suggestive of contemporary soundtrack composers Yann Tiersen and Jocelyn Pook.

The 100+ string-sections and near-operatic highs of previous releases are replaced with an airy, Enya-esque choir that haunts the piano-driven bridge, and boldly carries the song forward in its latter half, bringing a soft new dimension to the traditional repertoire. 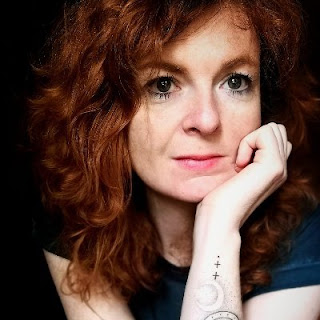 “My roses are fragile, and come with thorns. . . ” Here is a line from 'RHOSOD' (Roses) written, composed, recorded and performed by Lleuwen Steffan in her home in Brittany. Lockdown has been a time of home recordings. She usually composes her songs with guitar, and used most of her lockdown time to learn something she always wanted – the piano. All her gigs were cancelled mid-tour in 2020 so she had the time.

Nothing beats real connection, so when she was given the opportunity to work with producer Erin Costelo, Lleuwen seized the opportunity. What started as a few polite zoom meetings snowballed into long discussions about production, mixing, mastering and talks about the lack of female music producers, or more so, the lack of recognition.

This song is just the beginning of their partnership. Written on piano and using her zipper lighter as percussion, Lleuwen finds joy in the lo-fi. “This is a song you planted in my garden. From my garden to your radio, to your ear and back into essence”, says the song that ends with poet Sion Llewelyn’s translation of the Serenity Prayer. RHOSOD is the first of two songs composed by Lleuwen in partnership with the National Eisteddfod of Wales and National Arts Centre Canada, with Erin as producer. 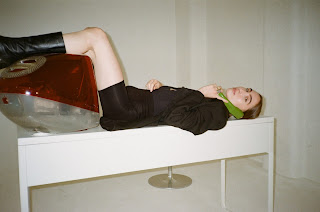 Following the release of her recent single Do This To Me, Manchester-via-Italy singer, songwriter and guitarist Julia Bardo has shared new single and video No Feeling, taken from her eagerly awaited debut album Bauhaus, L’Appartamento released on 10th September via Wichita Recordings.

No Feeling is a dreamy alt pop song, which builds with a teasing guitar riff to a soaring melodic chorus of earnest and relatable lyrics about the everyday need to do things you don’t want to do and having ‘no feeling’ for them. The video, directed by Georgie Brown, features Julia role-playing different life tasks interspersed with a neon-tinged glam live performance.

Julia says; “‘No Feeling’ is about doing things just because you exist, not because you want to actually do them. Because we are trapped in a cycle of rules in society; you must have a job, go out, drink, talk to people, be sociable, believe in something, and do what other people do in order to survive in the world. Sometimes even the most mundane tasks seem too much to handle.”

“For the video, I wanted to portray this idea and set the scene in a white, sterile space, showing how these actions can make us feel stuck in an endless loop of time - going through the same motions every day without feelings or emotions, and how that can build and eventually become out of control." 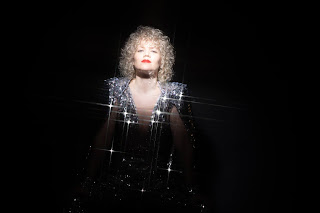 Following on from the release of her highly-praised debut solo single ‘Prelude’ earlier this year, singer and songwriter Alicia Walter, formally known as the lead singer behind the Chicago-based art-rock outfit Oshwa, is now continuing the support for her first solo studio album ‘I Am Alicia’ with the vibrant new offering ‘Suit Yourself’.

Much like what we heard on ‘Prelude’, ‘Suit Yourself’ sees her branch out from behind the confines of her previous outfit to explore a bolder and more multifaceted direction. Accompanied by the stunning Falyn Huang-directed video, we see Alicia show off her fresh and exuberant spirit as she sings and dances around a beautiful, old house in upstate New York.

Speaking about the new release, she said, “Suit Yourself” is a motivational anthem empowering myself to follow my dreams and do what I want to do in life, “cause babe, this ain’t that long of a ride.” I'm asking myself to stop worrying about what everybody else thinks or about what’s “right,” and to show up for myself and chase my wildest dreams —because the universe might just deliver!

“In the video, we see me at home, getting up out of bed and becoming who I want to be. We watch as “pretend” —playing dress-up with different personas and careers, dreaming up what I could be —becomes reality, me stepping into my fullest potential (and, *suitably,* a glam power jumpsuit!).”