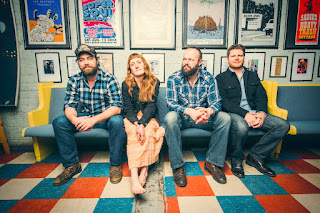 Since April, Amanda Anne Platt & The Honeycutters have been releasing music from their upcoming collection, The Devil and The Deep Blue Sea, a concept suite built from songs recorded under the straitened circumstances of quarantine and envisioned as a “deconstructed album,” released, not as a package, but in a series of paired singles, with each pair drawing on both of the titular concept’s two sides.

The latest, “Dallas” and “Reverie,” finds the Organic Records artist bearing down on unanswered questions, whether they’re framed in a slowly simmering country-rocker (“Dallas”) or by the more introverted, acoustic treatment of “Reverie.”

“‘Dallas’ is kind of a tribute to our old tour van, Toby (no vehicle of mine goes without a name),” Platt notes — though, as is often the case, the ostensive subject barely makes an appearance in the song’s lyric — ”and also to all that went on in the years I spent traveling the country in that van.

It’s weird to look back on that time and realize how young I was for a lot of it. This is a song about feeling older but maybe not any wiser…or wiser just by virtue of understanding how little you know. The track features Kevin Williams on keys and my dad, Mark Platt, on harmonica.” 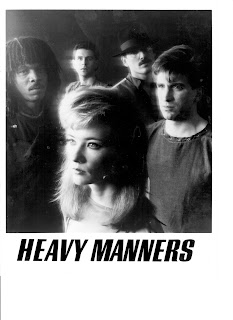 The reason for the release of the new mix is that Heavy Manners are featured in two new Ska-centric books! In Defense of Ska by Aaron Carnes and was released in May; Skaboom! An American Ska & Reggae Oral History by Marc Wasserman was released on July 27.

Heavy Manners formed in the early 80s and both headlined and played support slots at Chicago's earliest punk, Reggae, and new wave clubs, including Tuts and Park West. They opened for a wide array of national and international acts including The English Beat, The Clash, Third World, Jimmy Cliff, The Ramones, The Go-Gos, Grace Jones, and Peter Tosh, who produced tracks for the band that would appear on a 7" record and later a CD and 12". 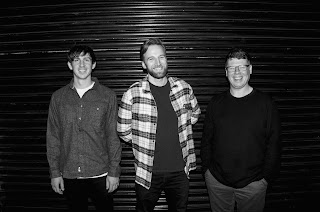 We Were Promised Jetpacks - Not Me Anymore.

Scottish alt-rock trio We Were Promised Jetpacks today share a new cut from their forthcoming album Enjoy The View – single ‘Not Me Anymore’ showcases a different side to the band. Moving away from the complex guitar driven rock they’ve become known for, the track offers a change of pace and a glimpse into what to expect from Enjoy The View, which is released on 10th September via Big Scary Monsters.

Talking about the track, lead vocalist Adam Thompson says; “I started this song within a few days of us having finished recording our 4th album. I had felt completely lost leading up to recording that album but after finishing recording it, I began to feel like I was turning it around and that maybe everything was going to be ok. I didn’t necessarily feel it was going to be a song for a Jetpacks record but once we got into writing this album together, we felt it that it definitely had its place along side everything else we were working on. We loved our demo version of this song so kept it pretty true to that when recording it. All the vocals were a sort of stream of thought, and we kept it that way. We were originally thinking of putting this song in the middle of the record as a bit of an aural break but by the time of submitting the track list we couldn’t see it being anywhere else but first.”

Accompanying video by Adam Keene and Mathew Marchlewski also highlights the theme of change and progression. “The concept of not being yourself anymore evokes an image that never ceases to change. An evolution of life in motion. Labels peel away and leave the underneath unrecognisable. That’s where we connected with the song, and that’s where we went” they said of the video. 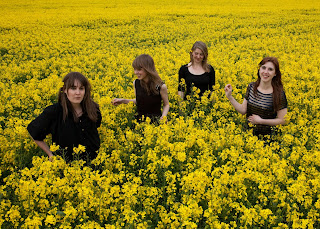 TeenCanteen - How We Met (Cherry Pie).

To mark the five year anniversary of their lauded debut album, Say It All With A Kiss, Glasgow four-piece TeenCanteen have decided to unleash This Is How It Starts, the collection of recordings that should have been their debut album four years prior.

This Is How It Starts is a raw, fresh exciting record that captures the buzz that surrounded TeenCanteen when they first burst onto the scene, it’s a record full of joyous eccentricities, delightful pop drenched harmonies and some Scottish indie pop royalty cameos to boot (Duglas T. Stewart (BMX Bandits) and Eugene Kelly (The Vaselines)), but ultimately it’s the sound of friends making music together, finding their feet and gives huge insight into the begins of an exciting band.

TeenCanteen are Glasgow formed four-piece known for their sticky soda pop harmonies, stomping beats and classic pop sensibilities, they were championed by BBC 6Music’s Marc Riley and went on to release SAY Award long listed album Say It All With A Kiss (2016) and acclaimed EP Sirens (2017).

Lead vocalist/synth player Carla Easton comments: “Having written and released five albums I can look back at this with different eyes and I think it’s good, it’s energetic, it’s the sound of four friends in a room having fun learning as they go and discovering how they sound together. This Is How It Starts is a key part of our journey and story that has been lost and overlooked.

TeenCanteen · HOW WE MET (CHERRY PIE) 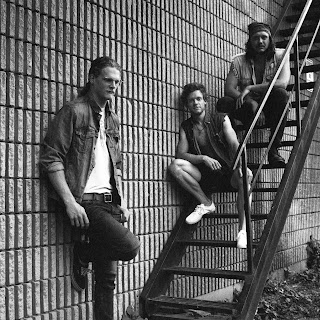 King Park has been turning out mercurial, high-contrast indie rock since they released their 2017 breakout track, “Stay.” Gritty and lush, the quartet’s sound mirrors the antitheses of their hometown, Hamilton, Ontario: on the one hand, blue-collar and raw, and, on the other, artful and lovely.

Following their self-released debut EP, The Light I Can’t See, King Park won the 97.7 HTZ-FM’s Rock Search 2018 contest, which helped launch other Canadian rock groups like Finger Eleven, the Trews, and Glorious Sons. The basement-to-ceiling intensity of their live show has since continued to earn them a growing and devoted following across southern Ontario.

Sneak peeks of their upcoming 2021 full-length, Everett, show the quartet exploiting its strengths. Guitars chime, drums thwack, and Moolman’s broken-up baritone—which often veers into shouted speak-sing—is ornamented one minute by barber shop harmonies, and the next by barstool gang vocals. Songs like “This is the End,” “Stuck in the Middle,” and the title track set up camp in that familiar moment after life has fallen apart, and before a way forward seems possible. King Park’s Everett promises a collection of elegies for ordinary, apocalyptic losses.
King Park · Coffee Cheques 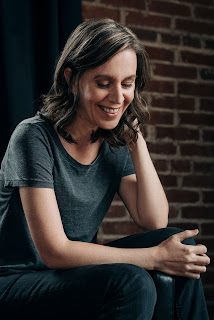 Lancaster, PA-based singer-songwriter Jessica Smucker is gearing up for the release of a new single, an irrepressibly catchy slice of synth pop called “Dinosaurs.”  The song balances melodic buoyancy provided by her five-piece band, with markedly darker themes that reflect a nagging sense of despair for a future that to her resembles a “slow-rolling apocalypse.”

Indeed, the song wastes no time illustrating that fact as the opening lyric reads: “I thought the world would end in blood and bones...” Dark stuff for sure, but the song is not without a sense of optimism as well.  Ultimately, Smucker chooses living in the moment and embracing the hope found in nurturing a home and family and finding a fragile peace.  “Dinosaurs” will be released digitally on August 13.

The video, showcasing a stylized and slightly surreal version of her home life, was directed by Joe Terranova and produced by Reverie.