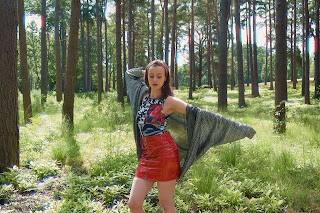 Gabrielle Ornate - Waiting To Be Found.

Background from Gabrielle - My name is Gabrielle Ornate and I craft bohemian pop/rock tracks for the modern world. Kaleidoscopic soundscapes made from walls of epic synthesisers, adorned with riffing guitar and bass. Led by powerful vocals singing ethereal lyrics.

Think Kate Bush meets St. Vincent and Tame Impala brewed into a brand new sound of my own.

I’ve been releasing music since early this year and have received lots of playlist support on Spotify, reaching a combined streaming figure of almost 190,000 streams on my two singles.

I’ve also had radio support from BBC Introducing for each of my releases (including my upcoming single), as well as being featured in Tom Robinson’s Radio 6 Mixtape.

Gabrielle Ornate · Waiting To Be Found 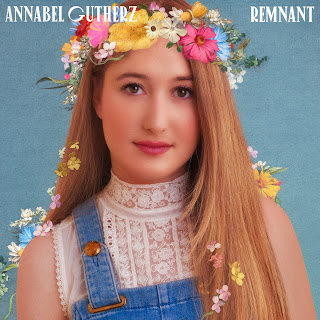 Singer-songwriter Annabel Gutherz shares her new single and lyric video, “Remnant,” from her upcoming debut album ‘Loose Ends.’ “Remnant” is an emotionally poignant coming of age track. Atop Americana-influenced guitar and understated percussion, Annabel's soothing vocals croon about lost friendship: “You were someone that I used to know / But where oh where did that girl go / Now you’re just a remnant of that dear old friend / Stuck in the body of Miss Pretend.”

An ardent and perspective storyteller, Annabel's diaristic lyricism, honeyed melodies and full-bodied vocals take listeners on a journey as she writes from the heart with raw honesty and emotional conviction. On "Remnant," she uses the personal as a vehicle into the universal, capturing the complex mutability of friendships as we move from adolescence into adulthood."It’s a song about the evolution of a friendship from childhood to adolescence, and how the dynamic between two people can change as they grow… And sometimes grow apart," Annabel says.

Montreal-based singer-songwriter Annabel Gutherz made her debut in 2018 with “Legends,” a philanthropic song whose proceeds are donated to education-based charities. After spending the past few years honing her musical talents at Berklee College of Music, Annabel is now preparing to share her debut album, ‘Loose Ends.’ The 11-song record is due out later this year and was co-produced by Dominique Messier, a long time band member for Céline Dion and owner of Studio Piccolo in Montreal, Quebec. 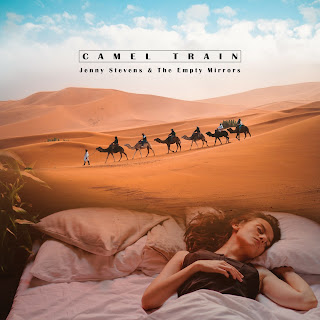 Jenny Stevens and the Empty Mirrors - The River Rolls On.

Jenny Stevens, aka The Ukulele Girl, is a Welsh vocalist, musician and songwriter. On graduating from a Pop Music degree in the early 2000’s, Jen immediately bagged a singing job with her first pro band, and thereafter spent several years fronting various pop/rock cover acts, performing live to audiences across the UK.

After 20 years of singing other people’s songs, lockdown 2020 rather surprisingly saw a return to songwriting for Jen who, having not written a song since her late teens, began collaborating with musicians all over the globe on original material. The projects span a wide range of genres from Metal to EDM, via Rock, Blues, Country and Hip-hop. Many of these collaborative efforts, along with some of Jen’s solo tracks, have subsequently been released and are available on music platforms. Still a sucker for a cover, Jen enjoys returning to her performing roots, and every so often she can be seen covering songs in her characteristic jazzy/reggae style (yes that’s a thing!) in videos featuring her trusty ukulele, on her YouTube channel.

Although the international collaborations will keep coming, Jen is taking some time in 2021 to concentrate on her own solo material, as she has many of her own stories still to tell. Follow her on Spotify to keep up with her new releases.

The Empty Mirrors is a song project that specialises in quirkily visual and sometimes dark alt-pop. We tell stories you’ve never heard. We take you to places you’ve never been. You might feel a little wobbly afterwards, but it’ll pass. Our debut EP, ‘Puppets, Dance!’, was released in November 2020, followed by a single, ‘Kaleidoscope City’ (feat. Bruno Rocha), in March 2021. 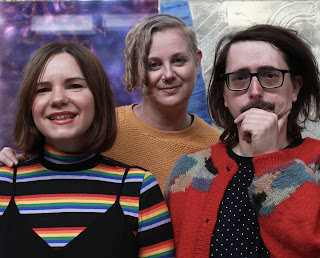 Lady Di are made up of Lisa Horton, Iain Ross and Jan Robertson – all former members of art-rock/indie-pop outfit Bearsuit (Fortuna Pop / Fantastic Plastic). They are also the alter egos of synth poppers Mega Emotion.

They play grungy dumb-ass punk, inspired by drunk summer nights and the likes of The Breeders, Urusei Yatsura and The Lemonheads.

Following early radio support from John Kennedy at Radio X and BBC Introducing for their debut single ‘AAAAAA’ the band are pleased to reveal a new single ‘Young Savage’ from their debut album.

“I’m not scared of growing old, I am afraid of growing cold” sings Iain in this track about growing up and becoming a parent. It was recorded by Magoo’s Owen Turner in the wilds of Norfolk at Sickroom Studios. 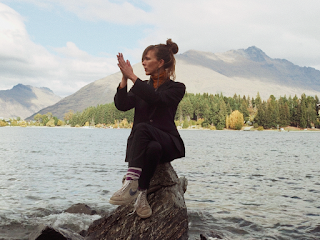 Alternative folk artist, Reb Fountain, is back in the spotlight today with her latest single, 'Lacuna' from upcoming album IRIS.

Reb Fountain’s 'Lacuna' is anthemic, poetic and rocking. "Less musician more a force of nature,” (Ambient Light), Reb’s single 'Lacuna' is sound evidence that IRIS captures the qualities of Reb’s enigmatic live performance and songwriting prowess in album form. Her rhythm section - Karin Canzek & Earl Robertson - form the backbone of of the song's landscape, illuminated by the expert production of Dave Khan & Simon Gooding, whilst Reb performs a masterful deep dive into our world and emerges with a tale of discovery and self exploration abound.

As with all of Reb’s writing there is an underbelly to the obvious. The strong rolling beat ushers the listener through what appears to be a tale of new love —"You know I can’t be whole with the sum of us apart". Reb reveals the bigger sense — “Lacuna is me describing what’s it like to grow into oneself, to wrestle with the intangible nature of our human condition, to see who we are. Unifying our many selves - the sum of our parts."

The 'Lacuna' video was shot in Queenstown, by director Lola Fountain-Best capturing Reb's vision of "exploration and transformation; a dance with our many selves". They fashioned wings out of wire and foliage and went to work filming rogue amongst autumnal skies and a forest of sunflowers. 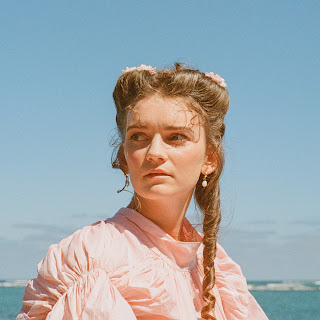 Oliv - Too Much Love For You.

New Zealand-hailing hidden gem Oliv is back again with her shimmering second single, 'Too Much Love For You'.

From the picture-perfect coastal town of Nelson, Oliv is gliding onto the scene with her own ethereal brand of indie pop, weaving angelic vocals and glittering synths to narrate and navigate the intricacies of human emotion. 'Too Much Love For You' is no exception, showcasing Oliv's raw and vulnerable lyricism amidst dreamy layers of instrumentation. "It is a song about giving someone more love than you get in return and the aftermath of leaving that relationship without blaming yourself for its ending," Oliv explains.

Previously collaborating with BAYNK, Sachi and Flight Facilities, Oliv has racked up over 70 million streams to her song writing name and is now channelling her talent into her solo project. For Oliv, music has always been a form of self-expression and with her calm charisma and strong inner compass, she never fails to inject her heart and soul into everything she creates. As a blossoming artist, Oliv has already been turning heads with her debut single 'If You Find A Way To Heaven', receiving almost 200,000 streams and landing herself a spot on Spotify's Soft Glow playlist beside soft pop superstars like Troye Sivan, Clairo and Sufjan Stevens.

Alongside the single release, fans will be treated to a Brigerton-reminiscent music video, serving up a whimsical pastel period-style beachside delight. Directed by her sister (Georgia of Broods) and Matt Clampitt, Oliv runs free on her own terms, ripping down the sand on a quad bike, pink puffed sleeves and all.

After already playing to a sold out home crowd in Nelson, Oliv is ready to spread her glow across the country with plans to tour New Zealand and beyond, once restrictions finally open their doors. With a collection of new singles sparkling on the horizon, make sure to keep your eyes on Oliv - she won't be New Zealand's best kept secret for much longer.