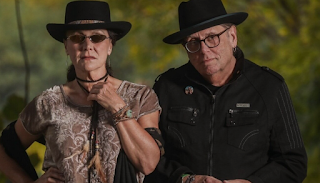 “Tumbledown Hearts” really is a song about two people finding a way to celebrate life together in spite of turmoil, misunderstandings, disappointments, and a life lived long enough to know that while rose colored glasses may not be reality, we can sure put them on if we choose to.  It’s about two creative romantics on a journey, literally, but also about sharing companionship and comfort in an adult world with another battered but hopeful and optimistic soul.

The lyrics tell the tale. You’ve heard the expression “When life hands you lemons, make lemonade!”  We just found another way to tell a relatable story about people doing exactly that…having fun and sharing affinity for each other, with each other.  When our thoughts are shining just a bit too brightly on all our fears, we say “Snap off the light immediately; leaving the outside suspended;” put the past behind you, and share “another toast for what’s up ahead!”   You can “hypnotize” yourself, so to speak, and let love have prominence; enjoy and celebrate the beauty of the moment. —Vicki Loveland & Van Duren , 2021

“Ringing guitars, cracking drums and a “get up and dance” melodic bass line announce the new fetching pop rocker, “Tumbledown Hearts,” the opener on Loveland Duren’s new album, Any Such Thing (Edgewood Recordings). Co-written by the Memphis duo Vicki Loveland and Van Duren, the track was cut and mixed at famed Royal Studios by Adam Hill, who also plays lead guitar on the song. Vicki and Van’s powerful vocals alternate verses, then join together on the choruses and bridge; weaving a tale of two worldly wise companions on a very late night “falling sideways around the room.” Familiar and new all at once, “Tumbledown Hearts” sets the stage for the inspiring listening experience that is Any Such Thing” 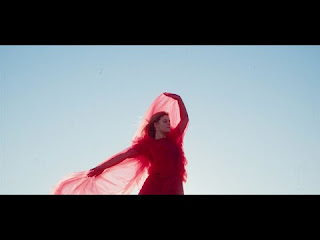 Romanie - Stranger In My Skin.

Melbourne based Romanie’s new single is her most personal and vulnerable song to date. The track captures her feelings whilst enduring Melbourne’s extended lock down last year. Produced by long time collaborators,  James Seymour (Feelds, Merpire) at Small Time Group, and mastered by Isaac Barter, ‘Stranger In My Skin’ is a song that Romanie has been playing while busking for a while, “where people have stopped in their tracks to come tell me how relevant it feels to them. I hope this song can help anyone that has a bad day to allow themselves to feel sad and know that another good day will come too.”

Speaking more about the inspiration for her new single, Romanie says,“Stranger In My Skin is a song about feeling lost and alienated from the outside world and yourself. I wrote it during the second lockdown in Melbourne last year - a period in which I felt very alone and very far away from home (literally as well). I had some really bad days where I wouldn't take good care of my mental health and this song was written the first time after I had picked up my guitar again. I was really angry with myself for feeling that way and let myself slip.”

Romanie’s forthcoming sophomore EP ‘Little Big Steps’ explores Romanie’s personal story and journey from Belgium to Australia so far.  It’s about being in motion and growing as a person and musician.

Led by a pair of dreamy indie-pop singles ‘I’m Anything But Myself Around You’ and ‘Fake Friends’, Romanie’s full length EP is marked by its diversity of themes and tempos, yet anchored together with the consistency of the ideas of transition, self-reflection and authentic songwriting. 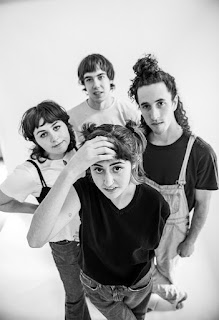 Lunar Vacation have announced their debut album Inside Every Fig Is a Dead Wasp today with a brightly-colored psychedelic music video for "Mold" (directed by Rach Rios Rehm).

Produced by Daniel Gleason of Grouplove, Lunar Vacation’s upcoming full-length is a vibrant offering of melodious guitars, propulsive rhythm, and fitful, gripping vocals that take on the contemporary strain of coming of age. The album boasts a celebratory sound, a reckless sense of ecstasy specific to youth, and rock-solid friendship. Drawing from early influences like Rilo Kiley and Tame Impala, and landing closer to contemporary favorites like Alvvays and Slow Pulp, Lunar Vacation make rich music replete with bliss.

The album will be released October 29 and is available for pre-order on pale pink vinyl (exclusive to Keeled Scales and the band), black vinyl, CD, digital, and cassette. 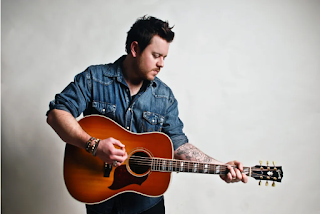 Whiskey in the Pines - Hotel Bar.

Armed with the prowess of longtime alt-country storytellers and a heartland rock style built over years on the road, Tallahassee band Whiskey in the Pines is entering into the latest chapter of their careers with their new track, “Hotel Bar.” To inaugurate their latest work, the band returned to a longtime fan favorite, newly pulled from the archive and reworked into a moving paean to hotel bars across the country.

The track came about as a combination of, “Mexican food, copious amounts of alcohol and perhaps a little magic,” as frontman and songwriter David Lareau describes with his characteristic self-effacing humor. Born out of reflections on life on the road, the song came to Lareau in a strike of inspiration while on vacation. Sitting at an Orlando hotel bar, fragments of lyrics came together in his head and were quickly transferred onto a nearby bar napkin. There they sat until Lareau, fresh off the night shift, stumbled into the song’s Rolling Stones tuning at his home studio. With the assistance of a little whiskey and a spliff, he began piecing the track together.

As Lareau describes, he’s “a rock n’ roll kid that ended up writing singer-songwriter songs.” After signing his first record deal at 19, he’s spent over two decades crafting music to move you, paired with a rebel core. Few better descriptors apply to “Hotel Bar,” with its dogged tales from the road and its lonely lyricism. Over forlorn fingerpicked guitar, Lareau tributes hotel bars and their solitary occupants, finding beauty in his fellow lonely faces. Lareau himself is far from alone, though; backed by Kelly Chavers on guitar, Aaron Halford on bass, and Erik Wutz on drums, the band builds into an emotive climax as they pose a simple question: “How does it feel when you’re away and on your own?”