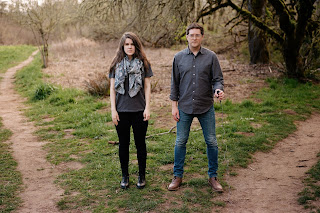 Push, pull. Marching to our realizations, marching to work, marching to our resolutions. And you’re waiting, waiting for that call to come. Standing across from, standing next to, coming to a standstill. Earthly divide. The eternal afternoons, parallel. The moments when something moves closer. A phantom ship wafting, calling home across the water. Recreating the familiar, ancient original feeling. An expanse, cascading.

Queued up in a world of limbo and revolution, Lore City tunneled into new songs, finally sending Alchemical Task to press in the early summer days. By then, they were halfway through Participation Mystique. Original Feeling cleared the way, and by the time Buttons materialized with somber holiness, they knew it was finished. Another installment for the continuum, its contents esoterically encyclopedic.

Lore City is an American art rock duo formed in 2011 and currently based in Portland, Oregon. Band members include Laura Mariposa Williams (vocals, keyboard, guitar) and Eric Angelo Bessel (percussion, keyboard, guitar). They met in 2003 as peers in the College of Visual & Performing Arts at Syracuse University. Reconnecting years later, Laura and Eric formed Lore City in 2011 and married shortly after that. 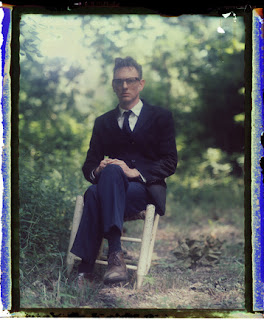 Twenty-five years. Two-and-a-half decades. A quarter of a century. A long time no matter what you are talking about. So it’s no surprise J.D. Wilkes wanted to celebrate that milestone for his band, the Legendary Shack Shakers.

Founder/frontman/multi-instrumentalist Wilkes decided the best way to commemorate a quarter century of making music with his band was — of course — by making more music. But like most long-lasting groups, the Legendary Shack Shakers have had a lot of band members come and go through the years. So a “family reunion” was planned, one that would host past members and the current lineup for celebratory recording sessions. The result is the group’s new full-length offering from Alternative Tentacles, Cockadoodledeux, due out October 8, 2021.

The title is a nod to the Shack Shakers’ 2003 album, Cockadoodledon’t. Though not their debut record, it was the one that broke the group to a wider audience. Its explosive collision of punk, blues and country was perhaps what made the Shack Shakers legendary.

Cockadoodledeux, however, is more singular in its focus. Wilkes had been yearning to set his rock ’n’ roll leanings aside and record something new. This time, instead of hopping genres as many of his albums do, Wilkes wanted to explore one genre alone. He wanted to just make a country-and-Western record.

“Our older albums jump around all over the place, genre to genre, styles that are almost diametrically-opposed even,” he says. “But this record jumps only within country music itself. It's a big-tent genre, really. It has all these little subgenres within it providing endless variety. From Western swing and rockabilly to spaghetti Western and bluegrass — and even Tex Mex.” 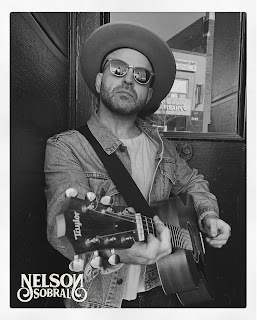 Nelson Sobral - In The Middle Of The Night

Background from Nelson - I was down in Nashville writing, performing, and fired up after playing at The Bluebird when I had the riff for my gritty new single bouncing around in my head.

The lyrical slant for "In The Middle Of The Night" started to form as I wanted to share the experience with my wife who was back home in Toronto.

This rockin' song is about those early days of dating when it feels like you're the only two people that exist. You keep it your little secret because you don't want anyone to know yet, so you hang out in the middle of the night when there's no one else around. – Nelson Sobral. 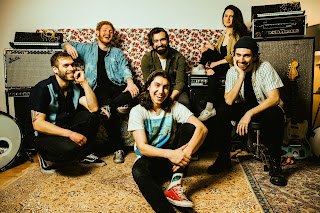 Tidal Wave is a seven-piece art rock band known for their powerful soundscapes and diverse instrumentation.

Formed in 2018, the group met each other working and performing in the local live scene in Toronto. This eclectic group of songwriters was initially put together by guitarist and lead vocalist Connor Young who assembled guitarist Marco Carboni, guitarist and producer Marcus Retterath, drummer and keyboard player Mike Poisson, violinist and vocalist Joey Assaad, violinist Brittany Iwanciwski, and bassist Kyle Texiera.

Whether you are listening to their recorded or live material, the band meticulously layers it’s elements to give the music a full wall of sound with forward momentum. It is an ever present atmosphere composed of rich textures of guitars and synthesizers, with a delicate balance between soaring string lines and strong vocal melodies. The name of the band rather accurately depicts the overall tone of an unrelenting unstoppable force.

Tidal Wave evokes the melodic elements of indie rock bands like Arcade Fire, while creating compelling production-heavy ambient synth and guitar textures comparable to Godspeed! You Black Emperor and My Bloody Valentine. In 2020 they released their single “Our Silhouettes” on all streaming services and will be releasing their EP in the fall of 2021. 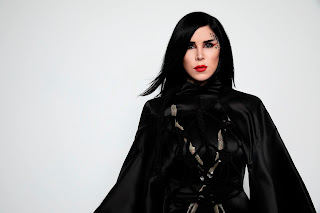 Gifted multi-hyphenate Kat Von D shares synthwave driven single ‘Fear You’. On the track, impassioned paranoia seeps through the cracks of her delivery as she details “being scared to let yourself fall in love,” bathed in a gorgeous retro soundscape laced with instantly recognisable 808 drums. Lyrically, the track explores trust, self-exploration and the concept of overcoming your inner fears when it comes to fully committing your heart to a loved one. Written with Linda Perry, the single was produced by Kat and her band members Gregg Foreman AKA Mr. Pharmacist (synth 1), Sammi Doll (synth 2) and Dave Parley (drums).

Talking about the track Kat says; “this was originally my favorite track. It still might be! I chose it to be the fifth song, because five is my favorite number. Lyrically, it’s about how you can’t lose if you don’t play. You’re so scared of taking the leap and trying, because you assume you’re going to fail. I was in a relationship where we were too scared to make it real. It was self-tormenting. You’re building it up to fall apart. You want to know someone wholeheartedly, but that would require you to get over your fear. You just won’t.”

The new cut follows on recently released singles, the driving darkwave laced ‘Enough’, the vulnerable synthwave slow jam, ‘I Am Nothing’, which found the talented artist at her most intimate and vulnerable, and the debut single ‘Exorcism’ - defined by Billboard as “a darkwave bop about love, loss and change” - which unveiled the album's recurring theme, in Kat’s own words; “‘Love Made Me Do It’ is a collection of all my hopeless romantic thoughts poured into one album.”

‘Love Made Me Do It’ sits at the core of Kat’s universe, proving that music is her first and strongest passion. Having been a classically trained pianist since her youth with a deep appreciation for music of all genres, Kat poured her soul into this long-awaited full-length debut album. The project features collaborators including Dave Grohl, Linda Perry, Dave Sitek (TV On The Radio), Peter Murphy (Bauhaus), Danny Lohner (Nine Inch Nails), Ladyhawke and Charo. 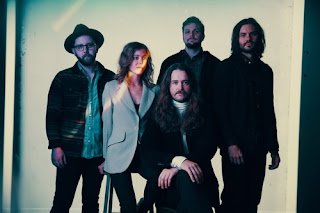 Nashville-based indie/folk group Birdtalker announced their anticipated sophomore album will release on October 8th through AntiFragile Music. The self-titled effort is the follow-up to their 2018 critically acclaimed debut One. With their new album, Birdtalker find solid ground and step into their own with their most confident and unrestrained set of songs to date. They also released today their new single "Old Sob Story," a rollicking song exemplifying the band's newfound creative freedom. Full of bravado and sass, it brazenly marches into new distortion-soaked sonic territory.

"'Old Sob Story' is about getting out of the head and into the body and a deeper sense of knowing," stated the band. "It feels like an echo of 'Heavy,' but instead of being sensitive and melodramatic, we're very open-handed and unabashed, almost silly. Lyrically, it's got a 'I'm tired of myself' vibe; just done with the old and ready for the new."

Fronted by couple Zack and Dani Green, along with Brian Seligman (guitar), Jesse Baker (bass), and newcomer Chris Wilson (drums/percussion), Birdtalker explore how to navigate the unknown, embrace uncertainty, and learn to let go. With the unexpected success of their 2017 breakout single "Heavy" (now over 80 million streams), the band had to write, record, and release their first album with a sense of urgency. The whirlwind debut (which garnered acclaim from Rolling Stone, NPR Music, Billboard, World Cafe, American Songwriter, and Relix among others) led to non-stop touring, festival appearances, and even their debut performance on the world famous Grand Ole Opry.