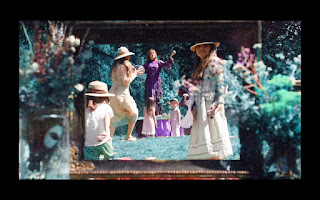 After delivering her much-loved singles ‘Not Your Mom’ and ‘Silvi’s Dream’ in recent months, Finnish singer and songwriter Astrid Swan continues the support for her new studio album ‘D/other’ with the warm and soaring new offering ‘Luxuries’.

Much like what we have heard so far, ‘Luxuries’ sees the artist transport us to a bright and atmospheric realm, filled with euphoric textures. The light and effervescent energy of her music creates a fresh and vivid alt-pop direction that compliments not only her sublime songwriting, but her bold and sweeping voice as well.

Speaking about the new release, Astrid said, “Time and life are the resources we run out of first, the most treasured luxuries. This is very clearly about being ill, knowing death is near and living life to the fullest while idealizing the state where one does not worry about each day and season because it may well be the last.”

Her new full-length ‘D/other’ finds Swan writing about motherhood, dreaming and sleeping – realising her most complete and personal musical statement yet. Composed over the course of the last five years, the stories Swan tells over the ten songs of ‘D/other’ cover themes of dream-states, mothering, loss, creativity, digital versus analogue, feminism and relationships. ‘D/other’ was produced by Swan herself. Her long-time collaborator Mikael Hakkarainen recorded and mixed the album. Along with Hakkarainen and Swan’s trusted musical partners Alina Toivanen, Veli Kauppinen and Johannes Salomaa, the Canadian visionary Owen Pallett also performs and arranges the strings for the album.

Continuing about the new record, Swan said, “I set out to write about mothering, being a daughter and a mother. I was informed by the simultaneous research process for my PhD which investigates maternal life writing in blogs and memoirs. The title D/other comes from this research. It is a mother/daughter in digital form, and a trans-affirmative concept which argues that mothering is done by anyone who performs care. In my songs, I wanted to explore sleeping and dreaming as states of unconsciousness which connect us to each other, and to different times and to those who are dead and that which is in the future. I wanted to explore the logic of the liminal and intra-active, that which slides and transforms. I focused on clear, comforting and uplifting lines, trying to crystallize what I do melodically. In this case the lyrical depths are presented in comforting pop structures.” 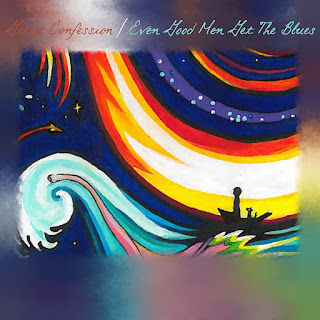 Amanda Anne Platt & The Honeycutters - Great Confession / Even Good Men Get the Blues.

As Amanda Anne Platt & The Honeycutters reach the halfway point of their “deconstructed album” release with two more singles embodying the collection’s over-arching The Devil and The Deep Blue Sea concept, the singer-songwriter has chosen a pair of titles that offer complementary glimpses of parent-child relationships framed in contrasting musical settings.

“‘Great Confession’ was the first song I wrote after the birth of my daughter,” says Platt. “It carries a lot of the same themes that repeat on this album… growing up, growing old, learning more about what it means to be a parent and a child and a human. Rick Cooper plays the electric guitar, showcasing another one of his unsung talents.”

“...now you're up at dawn just waiting on another great confession
don't it seem like there should be some kind of lesson?...”

“...now you're staring at the business end of all your bad decisions
don't it seem like there should be some kind of wisdom?" 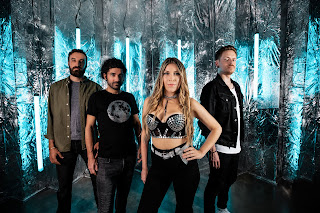 Little Galaxies - One with the Waking Sea (Album).

Little Galaxies has released their vibrant new album One with the Waking Sea, available to stream and download everywhere now. With unique instrument manipulation, emotive themes, and graceful lyricism, One with the Waking Sea is sure to entice any individual or crowd. The 10-song LP is being released on Coconut Spaceship Records.

Little Galaxies describes One with the Waking Sea as being inspired by “the turbulence of life,” just as the ocean is constantly moving and changing. “The album explores central themes like accepting fate, getting closer to what brings us joy, and learning how to co-exist in an ever-changing world that can throw us into the trenches at any moment,” explains lead singer Jeanna Fournier when describing how she translated her trauma to song.

The opening track, “Find Yourself in Orbit,” welcomes the sound of an ocean with crashing waves overcome by an ominous drone of a theremin, as if it is disrupting the calm ambiance. This sets up the overall tone for the entire album. The next track, “Waking Sea,” carries themes of both balance and uncertainty, inspired by the PTSD Fournier has experienced after a life-altering car wreck and her journey to acceptance. Adding to the intimate emotion in the song, Ken Oak brings on comforting cello alongside Phoebe Silva on the violin. These delicate and soulful instruments add to the deep-seated listening experience. Other songs to note are “Fate” and “It’s Natural,” which both carry motifs of accepting destiny and change. The listener is drawn in to appreciate the more profound meaning Little Galaxies conveys with Fournier’s powerful, soulful vocals accompanying mesmerizing instrumentation.
Little Galaxies · One with the Waking Sea