For the first time the tracks are sung in Italian, but the music language lingers on their cradling dream-roots idiom - somewhere between Yo La Tengo and Cranes.

Forse Non Sei Tu features lyrics by Ligurian singer-songwriter Vittorio Carniglia, while the B-side is a cover version of 'Vorrei Incontrarti', one of the masterpieces of Alan Sorrenti's progressive production, played with a bluesy feeling that adds flavor to its cold beauty.

Alice Tambourine Lover were founded in 2011 as a side-project of psych band Alix, with five albums released among which Ground, recorded by David Lenci and Good One, recorded by Steve Albini. In 2012 they played All Tomorrow’s Parties Festival, headlined by Neurosis, Shellac, Red Fang, Uzeda. They have released, all on Go Down Records, Naked Songs (2012), Star Rovers (2013), Like A Rose (2015), which features two songs by Dandy Brown (Hermano, Orquesta Del Desierto) and John Garcia (Kyuss, Unida, Hermano), and Down Below (2019). 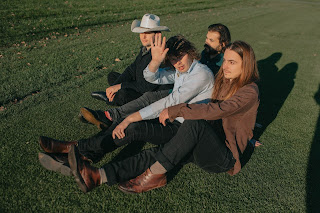 Adam Hattaway and The Haunters - Riding the River.

Adam Hattaway & The Haunters are a New Zealand band who are steeped in the sound of American classic rock from the 60s and 70s, while doing their best to update these classic motifs for a modern audience.

You’ll definitely hear a heavy influence of Van Morrison and The Rolling Stones, but their sound blends elements of soul, country, blues, and even punk rock on their new album.

Led by frontman Adam Hattaway on guitars, vocals, and harmonica, the band appeals to classic rock fans who still love the tried-and-true style of those legendary bands but are looking for new bands who are carrying on that mantle into the 21st century. 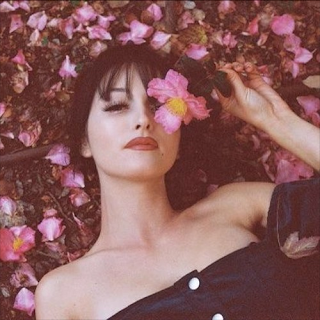 Alternative Pop queen, Lara Mrgic, is gearing up to release her next anticipated music video for her recent single titled “Took Your Lover” on October 8th. The track is available to stream on all platforms.
Lara Mrgic has an effortless flow when sharing her beautiful music through her angelic vocals and expressive sound.

The Bay Area Native finds her sound through pain and melancholic experiences and has always turned to music her entire life as a safe haven and space. Lara knew music was going to be in her life forever after finding this passion at the young age of 3. As she grew up, she began crafting her sound and learned to love the challenges thrown her way.

Translating her interest in writing and poetry into music, Lara introduces her audience to a new way to perceive the world through her own eyes. Presenting her love for 60’s/70’s film progression, Lara also finds ways to give a modern day twist to these elements and incorporate them into her alternative pop sound.

For her upcoming single, “Took Your Lover” Lara Mrgic notes that, “I wrote a symphony...and let the strings speak for themselves.” 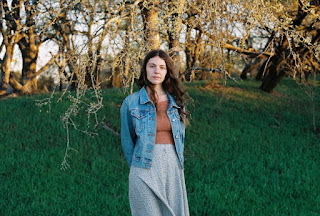 "Solely”, the sophomore effort by folk guitarist/singer-songwriter Natalie Jane Hill, is a record of transition. While the Central Texas native’s stunning debut “Azalea” grew from years spent developing a textural narrative voice and idiosyncratic guitar style in the vibrant Blue Ridge Mountains, “Solely” represents a period of inward growth, and an outward push into an expanded sonic palette.

Following a move back to the Austin area in the fall of 2019, just months ahead of the pandemic, Natalie began an intensive period of reflection, and expanded her song-craft’s foundations from the broader themes of nature into the vulnerable intricacies of self-discovery. Along with this process came an openness to external creative input.

Recorded between October 2020-March 2021 to Tascam 8 track in the Lockhart Texas home of producer Jason Chronis (Voxtrot, Tele Novella), these recordings represent Hill’s first incorporation of other musicians into her arrangements, featuring performances by Mat Davidson (Twain) among several other trusted friends. There is a liberating and careful grace in these collaborations, providing strength and color to the upper branches of each song while preserving space for the health of the roots.

“Solely” is a celebration of knowing ourselves well enough to be able to accept the darkest paths of introspection, which can allow us to combine our creative influence with others to construct the experiences we want to have. Like lived experience itself, this music breathes and inhabits the space you allow for it, constantly revealing new qualities and inviting repeated reflection.