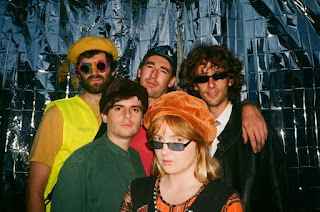 The stubbornly high spirited SUEP create oddball music with a touch of theatrical storytelling. Led by SuepLord (Porridge Radio, Garden Centre, The GN Band) and Brain Wastefield (UK top model), SUEP is borne out of a near-decade of wearing silly clothes and deconstructing pop together.

After relocating from Brighton to London, the pair added GN (The GN Band, Joanna Gruesome, The Tubs), Freakin' Deacon (PC World, Garden Centre), and T-Mr.9 (Head of Pastoral Care) to the line-up. They take turns writing songs and taking lead vocal duties but manage to create a coherent world of playful collaboration. Their songs take the listener through haunted castles, deprived encounters, days lost to the imagination in bed, and through the integral friendships that give SUEP the energy to keep dancing to their own beat.

As SuepLord expands, “It’s about not having enough money or time to acquire stuff that you want because of capitalism, and about wanting someone to share your life with in a cosy and settled way.”  Sprinkled, however, with a lot of technicoloured positivity for the future of the human-race, with the chorus’ refrain, “the psychedelic 4000s,” predicting the return of a 60s-esque psychedelic Age of Aquarius in a couple of millennia time.

The kitsch 70s home video was shot in one room in Brian Wastefield’s house, an old MOT centre in Fulham, using green screen, Wastefield’s colourful wardrobe and images of odd retro rooms taken from the @estate_age archives on Instagram. 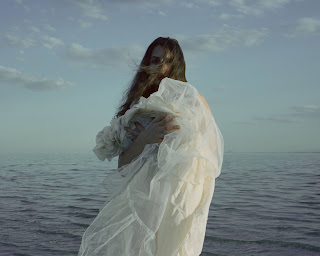 Early in 2021, the 22-year-old began work on a new collection of songs that would make up the forthcoming EP, Time To Plant Tears. The title takes its name from the final stanza of an Elizabeth Bishop poem called Sestina. Working together with collaborator and producer, Ronnie Di Simone, the songs were recorded between Brooklyn's Studio G and the Brick Box studio. The new EP demonstrates Nisa's penchant for intimate storytelling cast against the backdrop of glistening, cinematic soundscapes reminiscent of Angel Olsen, Indigo De Souza, Japanese Breakfast and Soccer Mommy. In describing the mood of the EP, Nisa has said that the songs are centered around “confrontation and focus; weathering internal and external changes; desire, and emotional rebirth.” Intersecting cinematic and poetic frames of reference, it lands between what is said and what is felt.

The opening track on the EP and the lead single, "St James Gate" provides a stellar introduction to the new collection. Sonically, it ebbs and flows, building from intimate guitar into a wonderful horn solo that serves to remind us of breaking free from stifled emotions.

When discussing the single, Nisa says: "I wrote “St. James Gate" after reading Sally Rooney’s Normal People and feeling deeply affected by the author’s descriptions of love in private spaces. The raging horn solo and blistering shouts over the final chorus are sobering reminders of the emotional claustrophobia of hiding."

Born to Albanian immigrants in the Bronx, Nisa learned to speak Albanian before English and grew up listening to the traditional folk music of her parent’s native country. It wasn’t long before she began venturing out into what she describes to be a “diverse and accepting arts community,” playing regularly at open mic nights in high school and joining a rock collective in Manhattan’s Lower East Side. Her exploration of songwriting began when she was advised to lean into the rock stylings of the Eagles as an introduction to the guitar, from here she developed her own way of storytelling while referencing the likes of PJ Harvey, Björk and Radiohead as other key cornerstones to her approach. 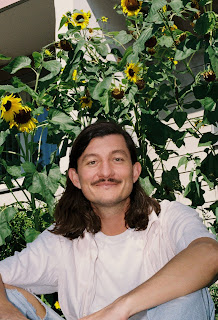 Jackson Dyer explains: "The film clip for my newest single ‘Losing Light’ was a fun video that I made with director Job Antoni Schellekens, a fellow Berlin-based artistand good friend. As the song is centered on lovely days with friends and of wanting to extend time so you can squeeze every bit of happiness out of the moment, Job shot the video on a DV handycam and a 16mm camera, which helped create a nostalgic, light-hearted atmosphere. We shot the video with a fewfriends, as well as Pascal Karier, who plays drums on the track, and our friend Elliot McKee, from Berlin duo Charity Children, also lent his expertise to the editing the clip. All in all, it was a super enjoyable process. :)"

'Losing Light’ is an upbeat, joyful track written with fellow Berlin-based musician Florian Höfer and featuring drums from Pascal Karier. The single reflects Dyer’s move to a more collaborative approach to songwriting. Particularly in recent, more isolated times, writing with others has offered Dyer a way to connect more with other musicians and approach his music in a more open and enjoyable way. This care-free approach is evident in ‘Losing Light’, an uptempo and optimistic song.