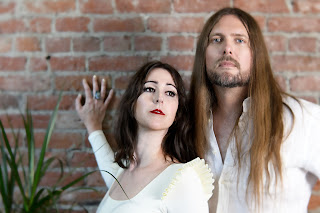 Their latest single and video, Wounds, is a delicate folk-pop offering reminiscent of Sufjan Stevens and My Brightest Diamond. Set within the alluring visuals of Joshua Tree and the Coachella Valley, the video finds the duo’s violinist/composer Katie Mosehauer fighting to escape the cyclic burden of psychic wounds and emotional scars.

Directed by Katie, the video finds her attempting to escape the confines of memory, artfully moving through unforgiving landscapes, endlessly looped back to a pool that should be a reprieve from the heat, but is instead a beguiling entrapment. Katie explains, “There are so many emotional spaces that we occupy alone, carrying a burden of psychic wounds and emotional scars that we never speak of to anyone. Music is an important place to give names to those spaces and make them visible to everyone. Wounds creates a world in which anyone who has or is sitting with those lonely emotions will have a friend sitting with them to celebrate the escape, to mourn the setbacks, and to offer a 2’30” reprieve to share that space with someone who understands.”

Their previous 2021 release, California, is a lyrical tug-of-war between fond recollection, consolation, and sorrow, with vocalist Ian Williams’ sanguine delivery floating upon Mosehauer’s elegant violin melodies and choral soundscapes suggestive of contemporary soundtrack composers Yann Tiersen and Jocelyn Pook. The 100+ string-sections and near-operatic highs of their Light EP are replaced with an airy, Enya-esque choir that haunts the piano-driven bridge, and boldly carries the song forward in its latter half, bringing a soft new dimension to the traditional repertoire. 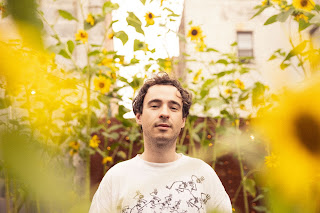 Elijah Wolf - Yesterday, With You.

Brooklyn-based artist and songwriter Elijah Wolf has released a new single “Yesterday, With You” which features performances by Robin Pecknold (Fleet Foxes), Paul Spring (Holy Hive), Josh Jaeger (Angel Olsen) and Kevin Copeland (Lightning Bug). The song follows a breakthrough summer that included a Newport Folk Festival debut, his first-ever UK headline tour and a packed performance at the End of the Road Festival that ended in a roaring standing ovation. “Yesterday, With You” is his first single release following his new album Brighter Lighting that was released earlier this year via Trash Casual Records.

“After creating my last record Brighter Lighting with Sam Cohen, I had felt inspired by the idea of building an even larger musical community around my solo project. I grew up playing in bands, so the idea of multiple collaborators felt really exciting to me now,” explains Wolf.  “I had been feeling inspired by these occasional Sunday night meet ups I would have with my friends Robin Pecknold and Paul Spring, where we would just sit and talk for hours. I wanted to capture this feeling in song, so I invited them to come help create one of my new songs in the studio. Josh Jaeger, who was a big collaborator on my last record, had been telling me of a studio he had been working out of in the Lower East Side of Manhattan with Kevin Copeland. I thought this would be a great space to create in. I wrote ‘Yesterday, With You’ about longing for a feeling you just can’t quite put your finger on, or name. Feeling mostly alright, but still feeling like a piece of you is missing. After the sessions we sent it over to Sam Cohen to mix, and D. James Goodwin to master.”

Video director Dylan Kaplowitz said about the collaboration: “Each of the roads in this video are loosely based on different memories riding around the hudson valley as a kid. Initially the first road was the route I took to see my first teen love, the roads in the middle of the sequence were the same I took to school and finally in the end sequence the rider is on the route I would take home to my family. This process formed as I was going through the footage and realized wow all of these roads are the same roads I took! Often alone and deep in thought. To me, this sequence feels like we're watching the character on their own way home.” 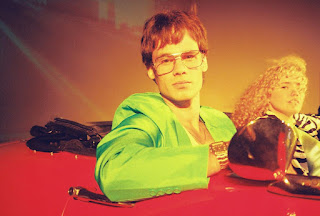 Speaking on the new single, T Truman said: "Vanity Jones is basically about the inner cynic who comes out uninvited and spoils a good time." Dig a little deeper, and the track appears to examine human insecurities, jealousy and egotism – all wrapped in an irresistible piano-led, 70's tinged sound that is unmistakably Truman.

"Vanity Jones", co-produced and written with frequent collaborator Geoff Roberts, stands as the first new music to be heard from T Truman following his 2020 debut EP 'Born To Be Right', which drew praise for its glitzy, retro-pop stylings from the likes of NME, DIY Magazine, Dork Magazine, The Line Of Best Fit, Clash Magazine, Gigwise, Les In Rocks, Indie88 + more. The new single also coincides with a tour supporting Walt Disco, running from 23rd October to 1st November, including dates in Manchester, Brighton and London.

T Truman pays homage to the past as much as he looks forward to the future. With sonic references to 70’s piano-pop artists such as Todd Rundgren and Elton John, there's a distinct nostalgic feeling, but one that confidently steps forward with a clear modern approach.

"Vanity Jones" is lifted from T Truman's as-yet-unannounced second EP, due for release Spring 2022. Discussing the new EP, Truman commented: "Retrospectively I think a lot of this new EP’s underlying lyrical meaning is about a search for creative purpose, and perhaps the fear of what it means if you can’t find it… also a lot about the constant obsession with keeping in vogue, though I couldn’t help but layer all this with silly made up characters who I’d probably never want to meet." 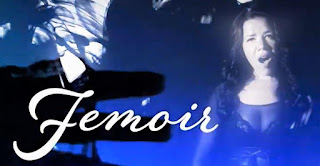 Canadian songstress Karen Myatt has released the first single/video from her forthcoming album Femoir. The title track is the first in a series of singles/videos to roll-out over the coming months.

“Femoir, itself, was the very first song that I ever wrote,” shares Myatt. “It started with a single line and a simple melody and just evolved organically from there. It almost wrote itself. Given my love for literature, the song’s theme of books, diaries, letters - the written word in any form - just poured out of me.”

The new video was funded by Music Nova Scotia, directed by Drew Wilson, and features artwork and animation from Briana Corr Scott. “It was an incredible experience to collaborate on this with them,” says Myatt. “Drew and Briana each brought their own unique creative vision and vibe to the song and the result is a stunning work of visual art that sets the mood for the whole recording.”

A musical mélange of original compositions and contemporary standards, Femoir’s 14 songs are a fusion of soul, rock, jazz, worldbeat, and more. The album was tracked at The Sonic Temple Recording Studio in Halifax, NS and engineered by Darren van Niekerk. It was mixed and mastered by Christian St. Germain at Studio 360 in Montreal, QC.