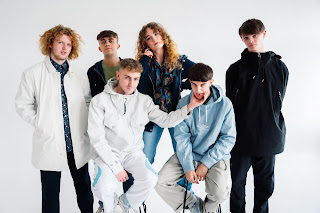 Parliamo - Echo In My Chamber.

Perth, Scotland based 6-piece Parliamo release their new single "Echo In My Chamber",  lifted from the band's upcoming EP 'The Parliamo Manifesto', out October 7th via Modern Sky (The Coral, The Lathums, Abbie Ozard).

Drawing from a plethora of influences from The Avalanches and Massive Attack to Super Furry Animals and The Beta Band – Parliamo bring together witty social commentary–styled lyricism with a distinctive songwriting approach very much of their own.

New single "Echo In My Chamber" represents the band's most high-reaching moment to date; an armoury of joyous harmonies, crunching indie-rock guitars and a chorus to rival the very best. Speaking on the new track the band said, "Echo In My Chamber is a story of infatuation rather than love, with the lyrics telling of a dichotomy within yourself as you struggle with how you really feel about someone. The chorus is essentially a conversation with oneself, as you grapple to remind yourself not to get too carried away too quickly."

The band's upcoming debut EP 'The Parliamo Manifesto' is the culmination of over a year's songwriting and is a bold statement of intent from the 6 piece. Employing a charming tongue-in-cheek approach to some of the slightly darker aspects of life which young people face today, the record touches on the complications of religious pressure on "Catholic Guilt", spiralling addiction on "Who Needs a Reason?", mental health on "She’s Only Human" and the awkward beauty of young love on EP opener "Paul & Barry".

The baggy, swaggering sound of the band and the often darkly humorous nature of the lyrics, stands in stark contrast with some of the subject matter, echoing the band’s propensity for laughing in lieu of crying. In a world of such turmoil and uncertainty, with ‘The Parliamo Manifesto’ the band are aiming to reconcile people with positivity through vibrant, energetic music, whilst providing a relatable commentary on the modern world and the inner workings of the minds of young people.

Written and delivered in the Scottish vernacular, the record offers a somewhat unique perspective on the simultaneously charming and terrifying nature of modern life. 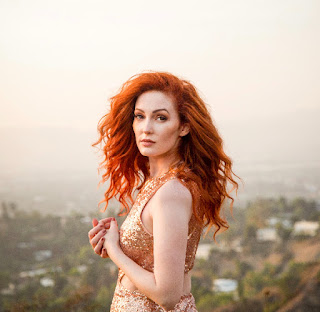 Late July, is a Canadian singer-songwriter and actress. She is described variously as indie pop, orchestral pop, or alternative pop. Simone began writing music and singing at the age of 12 after an accident at school where a TV fell on her head crushing her vocal box.She is a multi-instrumentalist, playing guitar, drums, and piano.

Her debut EP, Side Swept, was released in 2010 and features the guitar, bass, and keyboard work of Adrian Ellis.From that EP, two singles were featured in the web series Out with Dad: "Side Swept" in season 1, episode 4 and "A Well Kept Secret" in season 1, episode 7. Her follow-up EP, Hospital Quiet, was released in 2011. The single "What's Left" was featured in season 2, episode 5  of the web series Out with Dad. 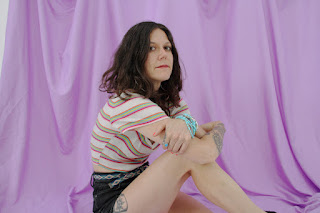 Lilly Hiatt will return with Lately on October 15th via New West Records. The 10-song set was co-produced by Lilly and her drummer Kate Haldrup at Death Ladder in East Nashville, TN. In celebration of “Cassette Week,” the cassette version of the album will be released a week early on Friday, October 8th. Lately is the follow up to Hiatt’s critically acclaimed Walking Proof, which was among the first records released to feel the full wrath of the soon-to-be raging pandemic that would bring the world to its knees. Despite the timing of its release, the long player was named a “Best Album of the Year” by Rolling Stone, No Depression, Magnet Magazine, Slant Magazine and more.

NPR Music called Lilly “...one of the great 21st Century Southern Rockers,” saying, “...she’s a striving, self-made heroine of country-accented indie rock” while Rolling Stone said “Hiatt proves herself to be Nashville’s indie-rocker-to-watch on this collection of Big Star-worthy jangle anthems and introspective psych-folk.” Rolling Stone Country called the album “...exhilarating…” saying, “At once electrifying and dreamy, the follow-up to Hiatt’s breakout Trinity Lane cements her as a vital voice.” Pitchfork said, “...Walking Proof winds through moments of incandescent joy, gentleness, cathartic noise, and even unease...It’s as if Hiatt has emerged from a dark, uncertain period as a stronger, bolder artist, winding up with an album that encompasses a full spectrum of feeling as it rocks with abandon” while Paste Magazine said in their 8 out of 10 star review, “This is music to liberate yourself to.”

As each day passed following the release of Walking Proof, more events were postponed, moved, and ultimately canceled. The sudden stillness forced Lilly to take a long, deep look inside and despite having a new album just released, she went back to doing what she does best: she picked up the guitar and started to write. What could have been devastating ended up being therapeutic, and Lilly learned how to find fulfillment in quieter places versus the adrenalized life she was used to.

Today, The Boot premiered the video for the album’s title track. Lilly says, "'Lately' is all for you. I'd like to let you in on the strife and hope that came from the last year for me. The song is a dream that can come true, even if that dream changes over time. Dylan Reyes took the dream and turned it into a vivid trip for our video and here it is." 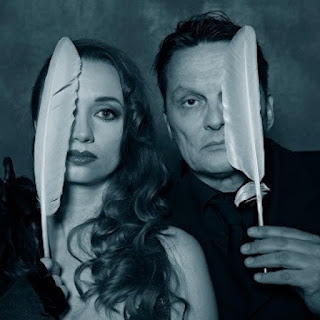 BlackieBlueBird - The Love We Once Knew.

BlackieBlueBird are the vocalist Heidi Lindahl and the composer Nils Lassen; together they create delicate torch songs of reverb and echo that captivate the listener with resonating guitars, wailing harmonicas, maudlin mandolins and a choir of lonely mermaids that sporadically embraces Heidi's golden voice. The echoes of love and longing, hellos and deceiving goodbyes live within her unique and clear vibrato in a feel-good melancholic way.

The duo received great reviews worldwide for their two albums "Ghost River" and "Goodbye in July", led by the delicate and enchanting voice of Heidi Lindahl, where their sound has been compared to Nick Cave's "Murder Ballads" and Enya.

BlackieBlueBird are now back with the new single "The Love We Once Knew" which leverages the dreamy romanticism but preserves the melancholy of their previous works. The pandemic turmoil has led the duo to explore new avenues and enrich their sound with drums – a path that will hopefully lead to more songs for a brand-new album next year.